The beauty of Barcelona

Barcelona has always been on my bucket list. I think you'll agree, it's just one of those must-see places.

Our first Catalan day began in the mist-clad foothills of the Pyrenees; we'd driven over from France. Our day began with one of those pristine mornings. It arrived draped in a fabulously emblazoned silken gown, studded with billions of pearly dew drops glistening in the first light. Precious moisture is carried upon nature's silken drapes to kiss the corn and swell the grapes on the vine. But the strong spring sunshine soon gets to work in these southern climes presenting us with a flag-cracking Catalan day as we weave our way down into the throbbing heart of Barcelona.

Soon we were in the centre of the Catalan Capital safely parked up close to our hotel just off Las Ramblas. This is the ancestral home of a multitude of wondrous national treasures such as Joan Miró, Salvador Dali, José Carreras, delicious sausages, heavenly mountain cheeses, romanesque architecture, quaint churches, grand cathedrals and magnificent wines. I will stop there because there are simply far too many superlatives to list. 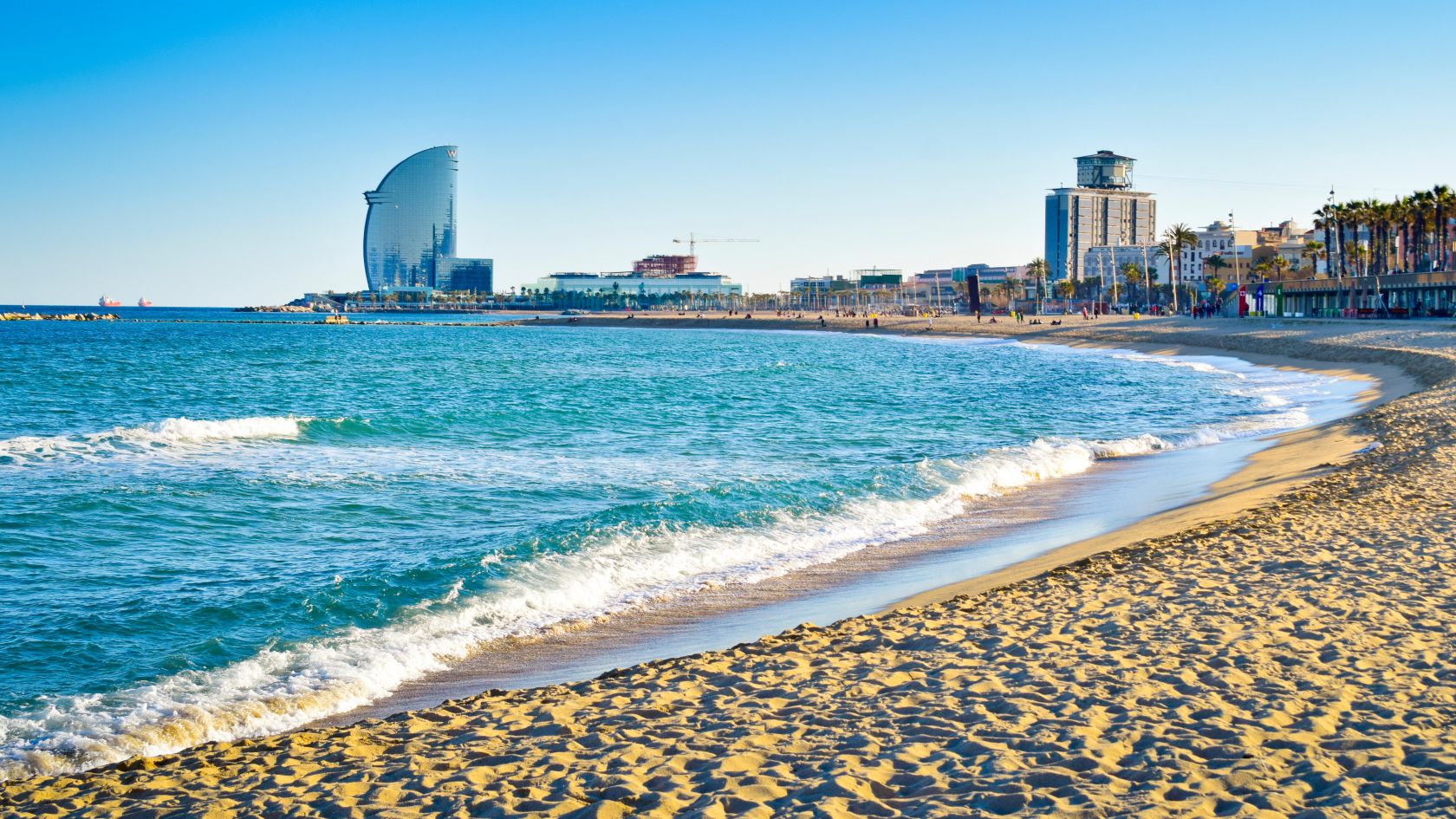 Just like the Basques, the people of Catalonia are fiercely independent souls and they really are terribly proud of their unique and colourful culture. So much so, that a growing number of Catalan people cock a snook at the rest of Spain. There's certainly a distinctly unique vibe about this region not least of all because of its closeness to France.

Catalonia is famous for its many vineyards which grow sharply fresh and fruity grapes used to produce Cava. This refreshingly sparkling delight is, of course, a wine made by the Champagne method. But quite unlike Champagne, Cava isn't just reserved for the palates of the rich and famous, it's drank by everyone - including yours truly.

Of course Barcelona is particularly renowned for its abundance of art, culture and architecture. Not least of all the fantastical architectural creation that became the famous Sagrada Família basilica. This, alongside some other modernist landmarks designed by Antoni Gaudí dot this grand city. Gaudi was said to be well ahead of his time and many would argue that he preempted the whole Art Nouveau Movement by at least ten years. Another great Catalan visionary, Salvador Dali, declared that Gaudi's architecture looked almost edible, a bit like enormous yet delicately ornate wedding cakes.

As a young man, Antoni Gaudi was said to have been a bit of a rebel. He was very crítical of the church, had a partiality for the high life and had the looks of a dandy. Paradoxically, in later years Gaudí devoted his time to his art, religion and even chose to lead a spartan existence despite being a man of considerable means. Gaudi never married and was tragically killed by a tram. But he certainly left a fine and enduring legacy which can, to this day, be admired and enjoyed in the bustling arena which is today's Barcelona.

For those who like to follow guide books there is no shortage of other interesting cultural and artistic attractions in Barcelona. There's Museu Picasso and Fundació Joan Miró featuring modern art by their namesakes. The city history museum includes several Roman archaeological sites, so the heritage of this magnificent metropolis can be traced back several millennia.

For those who might prefer to follow their noses and sniff out wafts of great food and wine instead of musty old paintings, there's no better starting point than Las Ramblas. This is the famed tree-lined pedestrian street in central Barcelona. It extends for just over 1.2 kilometres connecting Plaça de Catalunya in the center with the imposing Christopher Columbus Monument at Port Vell. La Rambla also forms the boundary between the Barri Gòtic area to the east and El Raval to the west. Along its length you'll find newspaper kiosks doubling up as souvenir shops. Others sell fresh flowers. There are street traders, performers, pavement cafes and bars all adding to the drama and flair. There are a number of notable sights thereabouts including a mosaic by Joan Miró and the Font de Canaletes - a popular meeting point. 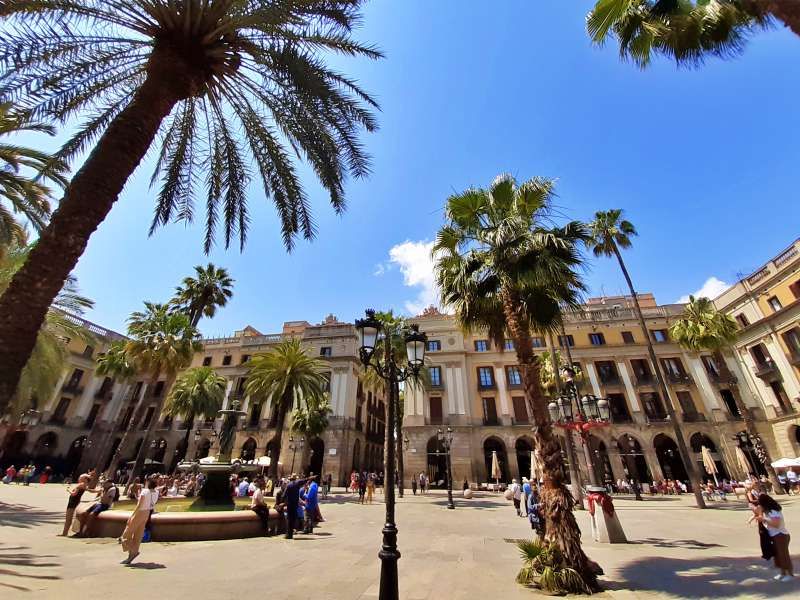 Because we stayed near Las Ramblas, the whole of the city's key areas were easily accessible on foot. Shanks' Pony is absolutely the best way to explore because Barcelona is certainly not an environment where motoring could ever be described as pleasurable, especially when it comes to parking.

However, pedestrians should look out for rogue e-scooterists (of which there are many). Now, I hate being a dreary old fun-sponge but these things really are rapidly becoming the bane of our lives. I'm sure e-scooters have an important role in modern city life but please pardon me for presuming that pavements and pedestrianised zones were intended exclusively for the use of pedestrians? By definition, we surely cease to be 'a pedestrian' if we resort to a means of propulsion other than what's provided by one's own legs? So why are these people permitted to zoom by AT SPEED on pavements and in pedestrianised zones. Surely, the dangers are obvious? Rant over.

No grand Iberian city would be complete without a decent fresh market. Barcelona is certainly no exception. The Mercat de Sant Josep de la Boqueria (often simply referred to as La Boqueria) is a large covered public market in the Ciutat Vella district of the city. Don't panic folks because there is a jolly convenient entrance directly off La Rambla, so it's perfectly easy to find. 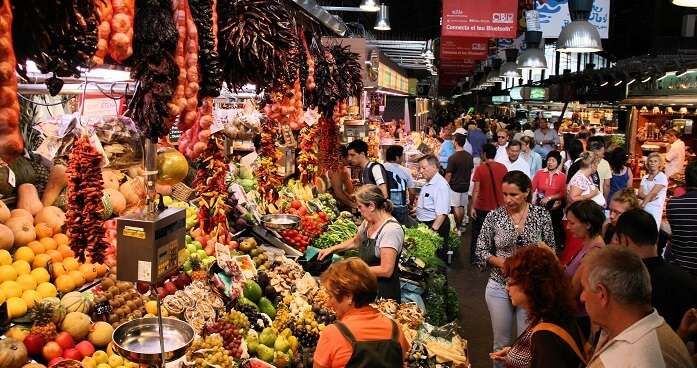 Once found, the market is a great place to indulge in a spot of good old fashioned mooching because the whole place is brimmed full of all manner of fine and frequently unusual artisan produce. It's also an absolute Mecca for those who religiously hail the great Gods of tapas. Bread, fish and a whole range of other ingredients are routinely and indeed miraculously transformed into lunch for the 5,000! Naturally, it will be washed down with a glass or three of locally produced vino or a few ice cold beers. What could possibly be better in this bustling yet delightfully convivial atmosphere where everyone simply mucks in whilst indulging their collective love of great food. And thank God for that. Amen.

The charming Gothic Quarter (or Barri Gòtic) with its many narrow, cobbled medieval streets are lined with trendy bars, clubs and Catalan restaurants. These thoroughfares facilities a genteel trundle down to Barcelona's beautiful waterfront area where there's access to the beaches. Along the way, why not browse the many stalls where artisans sell leather goods, trinkets and jewellery near the Cathedral of Barcelona. The Plaça del Pi, named after the adjacent Gothic church, hosts a bustling art market and antiques fair each weekend. 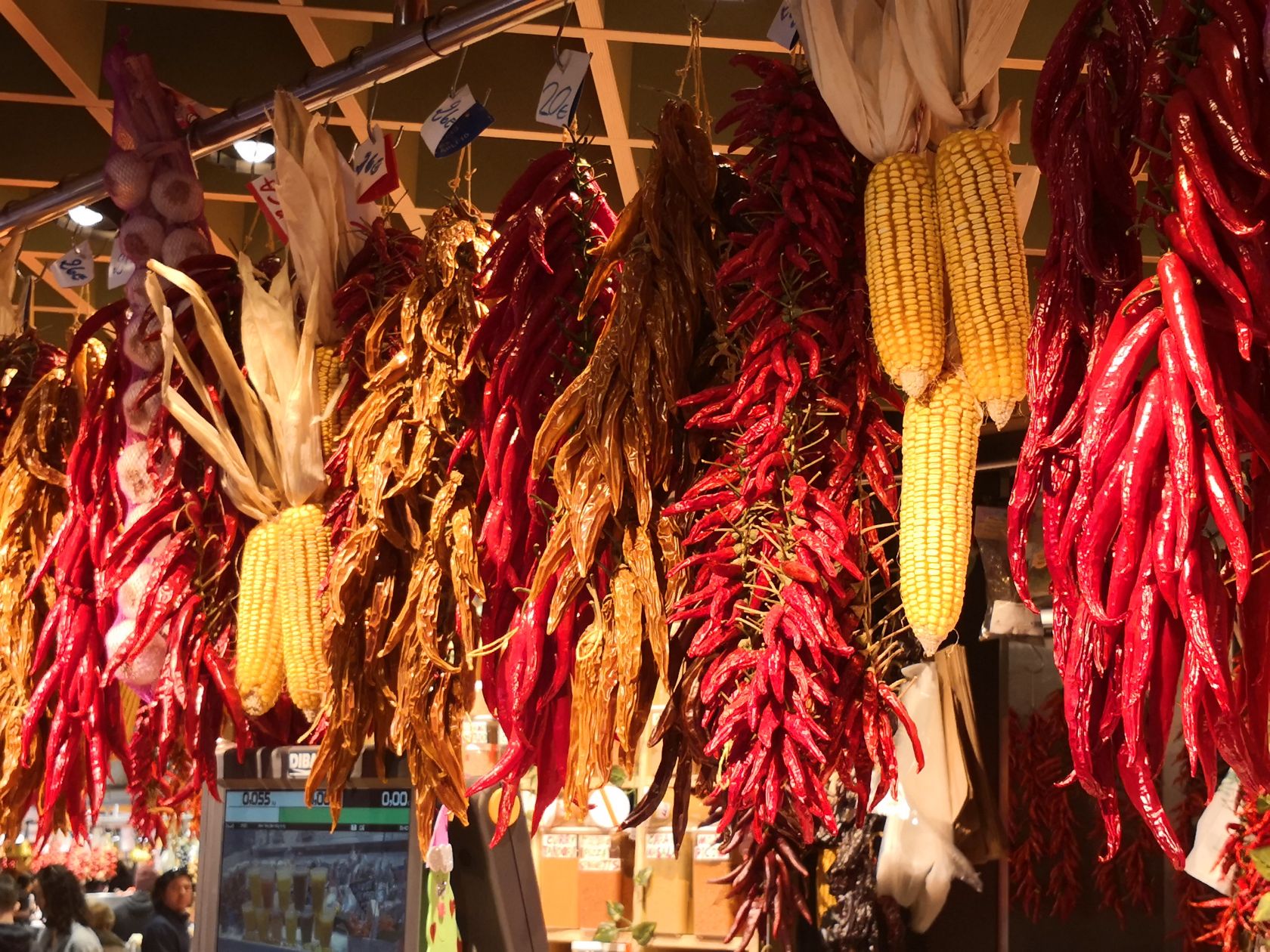 Our Barcelona days inevitably ended up back near Las Ramblas and our hotel. From there, we routinely 'las rambled' our way in search of evening refreshments. We enjoyed visiting the nearby Plaça Reial (Royal Square) with its ornamental palm trees, beautiful archways, delightful balconies and ornate colonnades. Each evening it bursts into life becoming a magnificently floodlit foodies' paradise with a wonderful choice of fine restaurants. So, it's bottoms up! Time to peruse yet another menu.

Airports received 1.3 million passengers in May

Covid-19: Restrictions on flights from outside EU extended until end of November

Is Putin Bluffing About Nukes?

Authorities crack down on tourism rentals

The beauty of Barcelona