Taking from the past to create an alternative future - that would make a perfect present.

Imagine that the future had come a little earlier. What do I mean by that? Well, imagine, for instance, that we had never found that little spark of electricity that, as if by magic, allows us to make all sorts of gadgets spin and that lights up our modern world. Imagine, if you will, what the world would have been like - if we had left it to water, instead.

This, for anybody who, like me, didn’t know, is exactly the idea behind the retro Sci-Fi genre known as ‘Steampunk’. This alternative reality imagines that we had kept going and developed more advanced versions of the technology available in the 19th century Victorian era - and that all our fabulous futuristic technologies were powered by the steam engine, instead.

This then, for some context, is the interesting and rather beautiful world in which local metal artist Mickey Craig’s creative creatures reside. 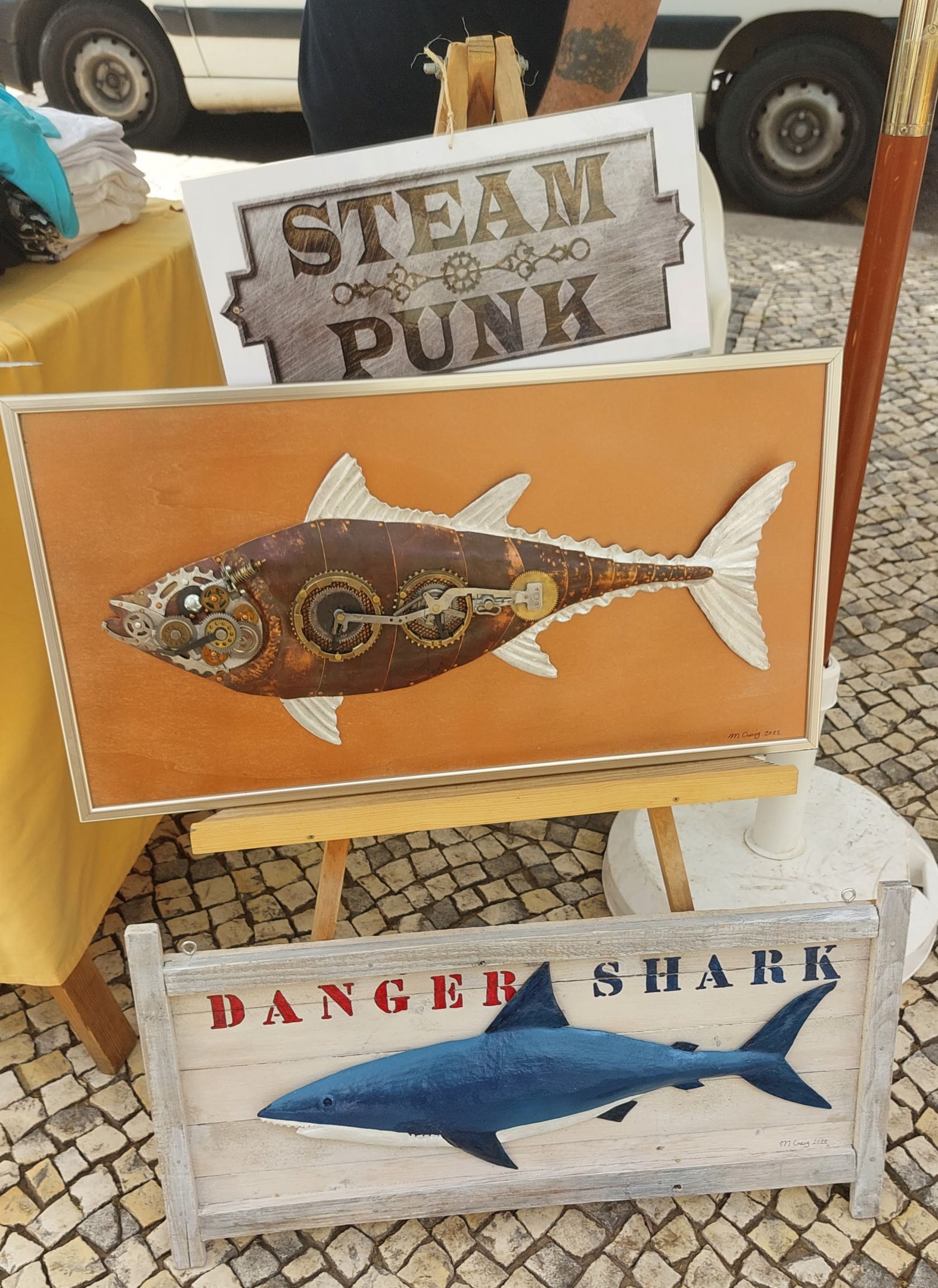 Indeed, if you ever come across his stall (as I have in Loulé once or twice) you’ll see that these elaborate creations are so well made that it doesn’t seem entirely implausible that the cogs and sprogs on one of his metallic ladybirds, for example, might suddenly start to twirl and whirl and that the giant bug might actually come to life and ‘buzz off’.

Mickey is originally from Texas and truly is a master craftsman. I figured that he must have been creating these things his whole life but he told me that even though it was a hobby, he never much fancied the life of a “starving artist” and it was only when he arrived in the Algarve 7 years ago that he got to truly indulge in his life long passion. 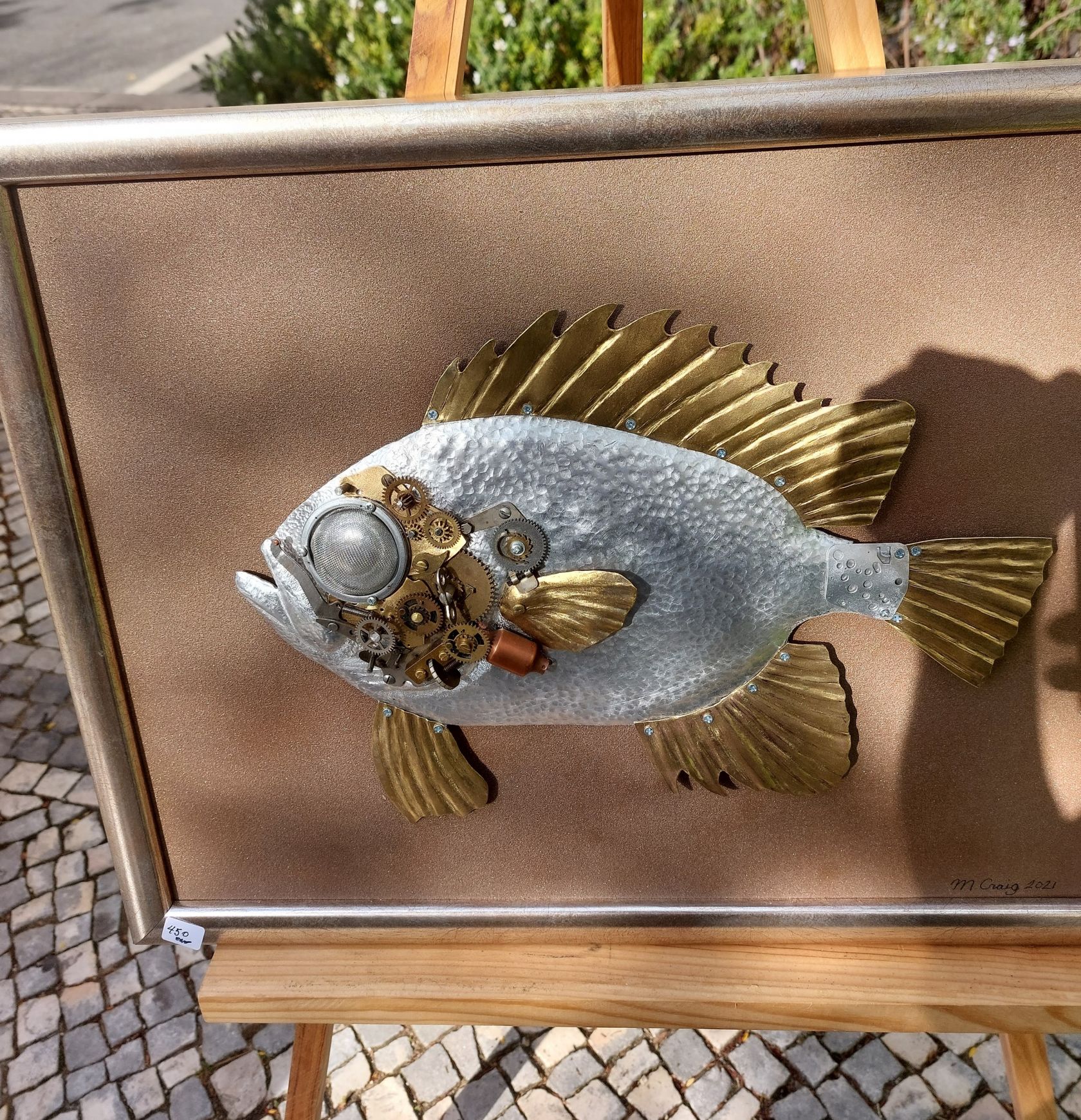 He has, however, always been working with metal in one form or another and so this helps explain my initial suspicions that Mickey's artwork might actually 'work'. For most of his life, it turns out, Mickey worked on things that did.

From my brief chat with him, it sounds as if he had quite a life. After serving in the US Navy, he went into the sheet metal building trade where he worked on the exterior and interiors of buildings. He then went into marine shipbuilding where he worked on submarines and warships, and later went on to spend many years in the Middle East.

At his stall were bugs, butterflies, seahorses, robots, a cheeky monkey and even what Mickey calls a ‘roller-gator’ - which joked is an alligator exclusively found in the Algarve. 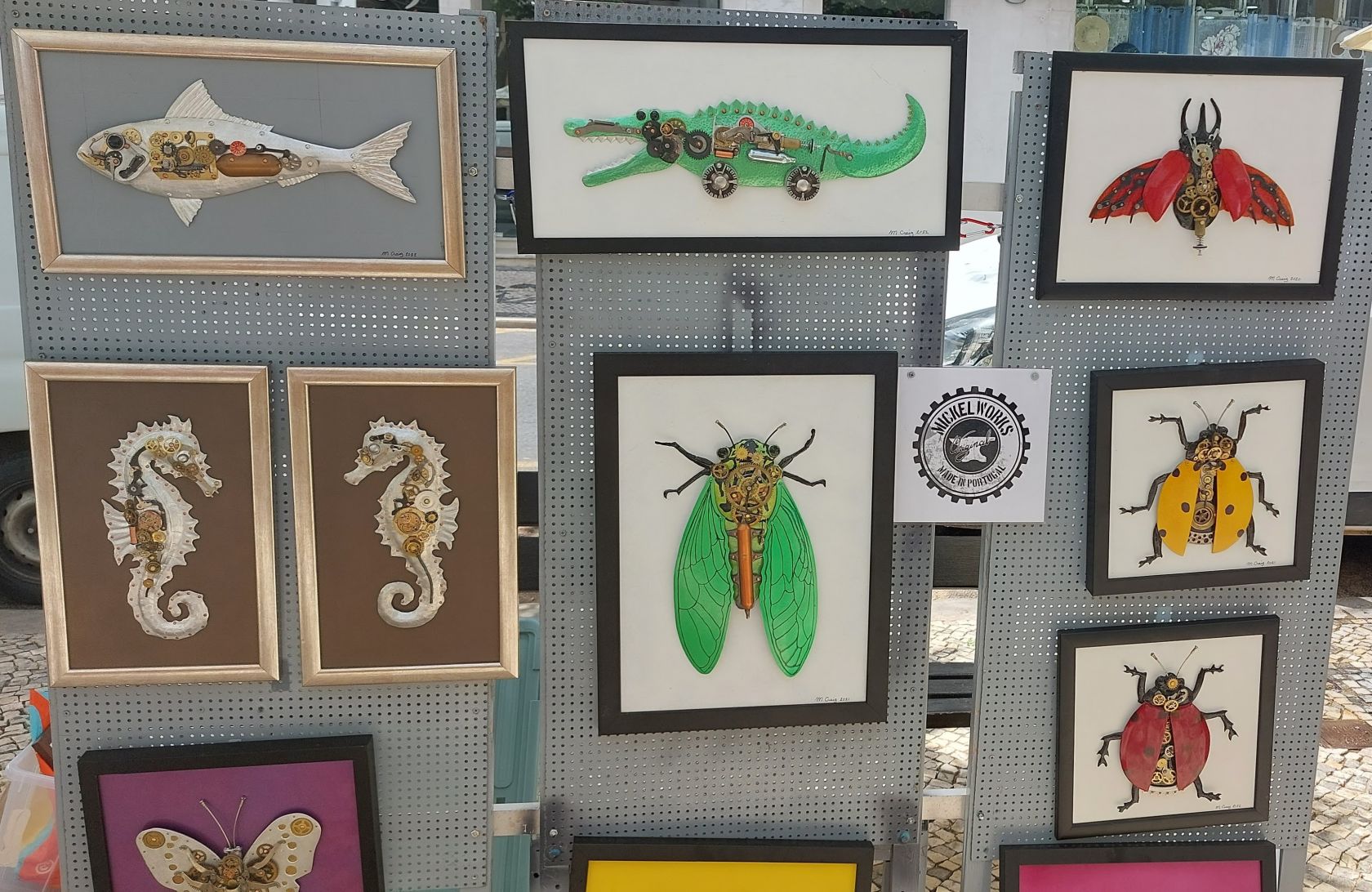 Inspired by his love of the ocean, Mickey also had a whole school of fish on display. To make these (like all his creations) he doesn’t use any moulds, nor does he apply any heat. He simply bashes them with a hammer on an anvil until, well… they look as if they might swim away.

He likes to work with aluminium as it is nice and light so that he can create large artworks that aren’t too heavy to hang on a wall. He told me he also likes to use copper but it's harder to source. That said, if you look at his work you can see that he can turn his hand to pretty much anything and uses his incredible imagination to ‘recycle’ whatever metal pieces he can find. 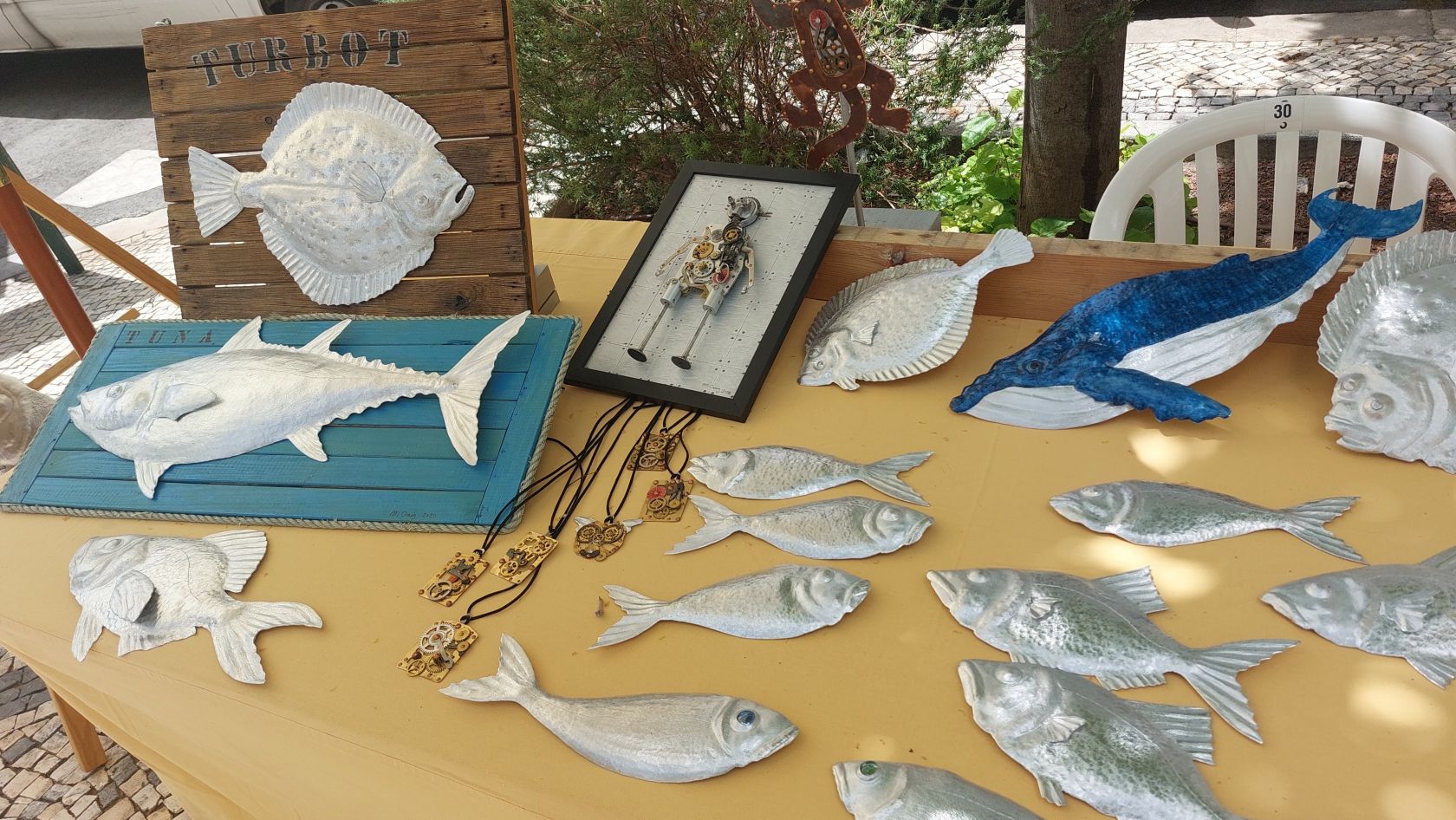 As for what you might call his creatures ‘inner workings’ (that look as if they might make them ‘tick’), Mickey gets these from old clocks and bits and bobs he finds at car boot sales.

He also makes beautiful necklaces out of just these clock pieces that make you feel like they might have the power to send you time-travelling. Or even, thinking about it, maybe they could send you spinning into this alternative steampunk dimension - where all of Mickey's work would come alive.

To find out more please visit his website www.mickelworks.com/

Or to get in touch email him at mickeycraig508@gmail.com

Where the streets are paved with gold

By TPN, In News, Portugal, Property

A brief history of wallpaper