The season at Quinta do Pincho has begun!

I first heard about this place nearly a year ago and was amazed as I had never heard of a farm growing blueberries in the Algarve before - let alone one that lets you come and pluck them off their bushes for yourself.

By the time I got in touch though, it was late September and the season (that usually starts in July) was already coming to a close.

I’ve been waiting patiently ever since and was extremely excited when I was told the berries, after being rather stubborn this year, are finally turning blue - and fast.

The farm is located north of Lagos and after booking an appointment on their website I followed the instructions on how to get there until I started to spot the 'blue-blueberry signs' and headed up a track until I parked my car in the shade next to a beautiful lake (a perfect place for a picnic).

Getting out of my car, I joined a group of hikers led by Kiki (www.kikitrips.com) who were just getting back from exploring the nearby countryside and were planning to finish off their morning adventure by picking their own breakfast. 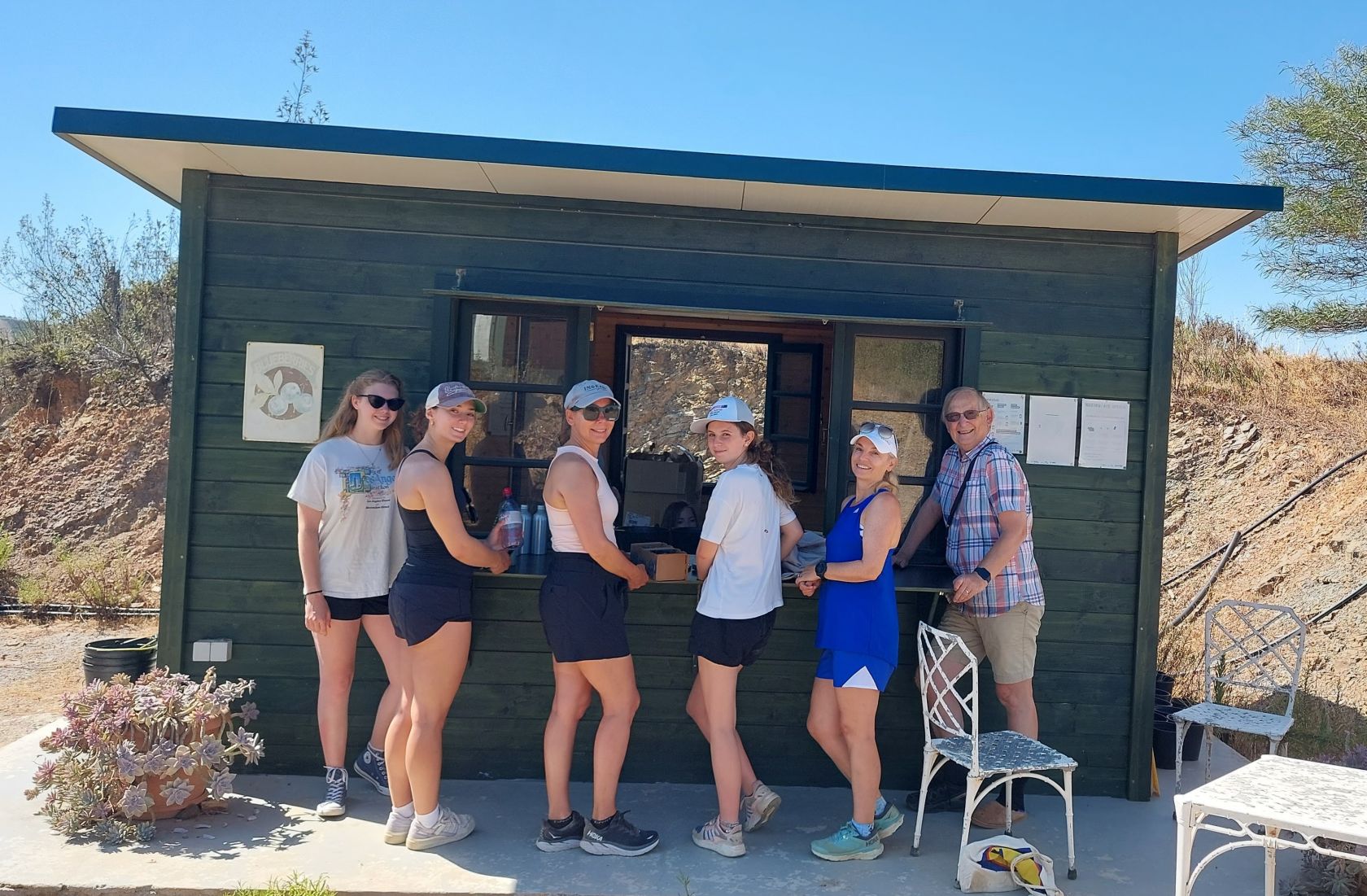 I followed them up the hill where we were greeted by Chris Wells, the owner of the farm. I also met his daughter Sally and her family who have recently moved to Portugal and were helping Chris out by manning the ‘Blueberry Cabin’.

A lot of rather hot hikers gratefully bought themselves a bottle of water. But not just any water! This was English spring water - and once you’ve quenched your thirst you can keep this nice little aluminium bottle and reuse it indefinitely.

Quinta do Pincho are serious about cutting down on plastic pollution and as well as selling their berries in pretty cardboard boxes also encourage visitors to bring their own containers to take their berries home with them. 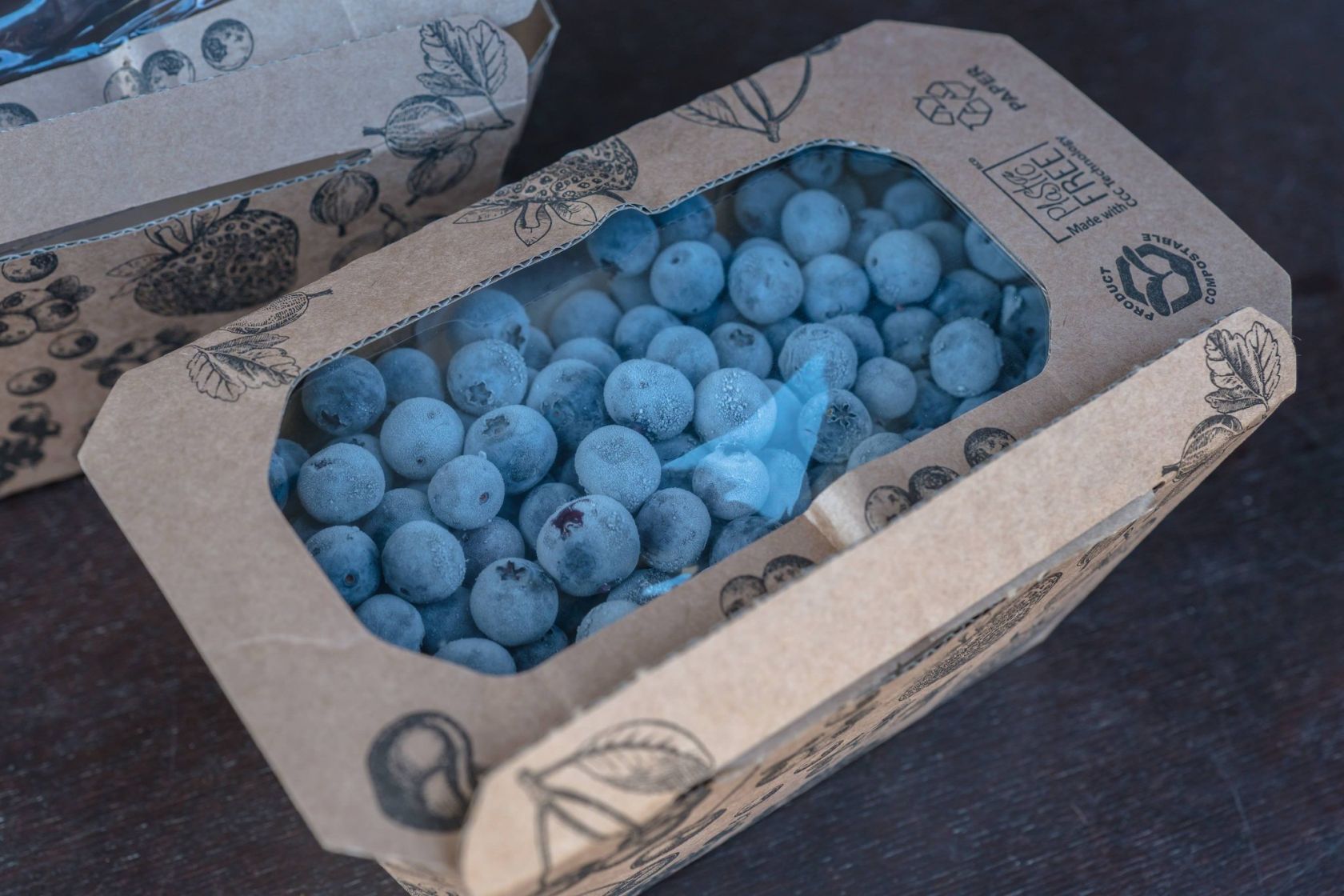 They also have honey for sale at the stall. It comes from their neighbour's farm just over the hill and it was these bees that helped pollinate all the blueberry flowers.

The hikers went to get picking and I sat down to have a chat with Chris about how this unusual and rather charming situation came to be.

Chris was a doctor in England and after visiting the Algarve in 1998 soon decided that this is where he wanted to retire and bought this 40 hectare piece of land back in 2003.

10 years later though he was looking for something to do and wanted to find a way of putting all this wonderful land of his to good use.

A gardener friend of his suggested that he plant blueberries. This was an odd and rather bold decision seeing as nobody back then was growing them commercially in the Algarve.

However, he was assured that what blueberries really like is acidic soil - and this is what Quinta do Pincho is very blessed with.

They initially planted 3000 baby blueberry bushes. They didn’t need to use any chemicals or anything like that as the acidic soil also naturally keeps any pests away - except for birds (and dogs) who also love them. But Chris says he doesn’t mind too much about that - as there’s plenty of berries to go around.

They occasionally add pine needles and a little manure around the base of the bushes and then it’s just a question of keeping them watered with the rainwater from the lake, a fair bit of weeding - and letting the Algarve sun shine. 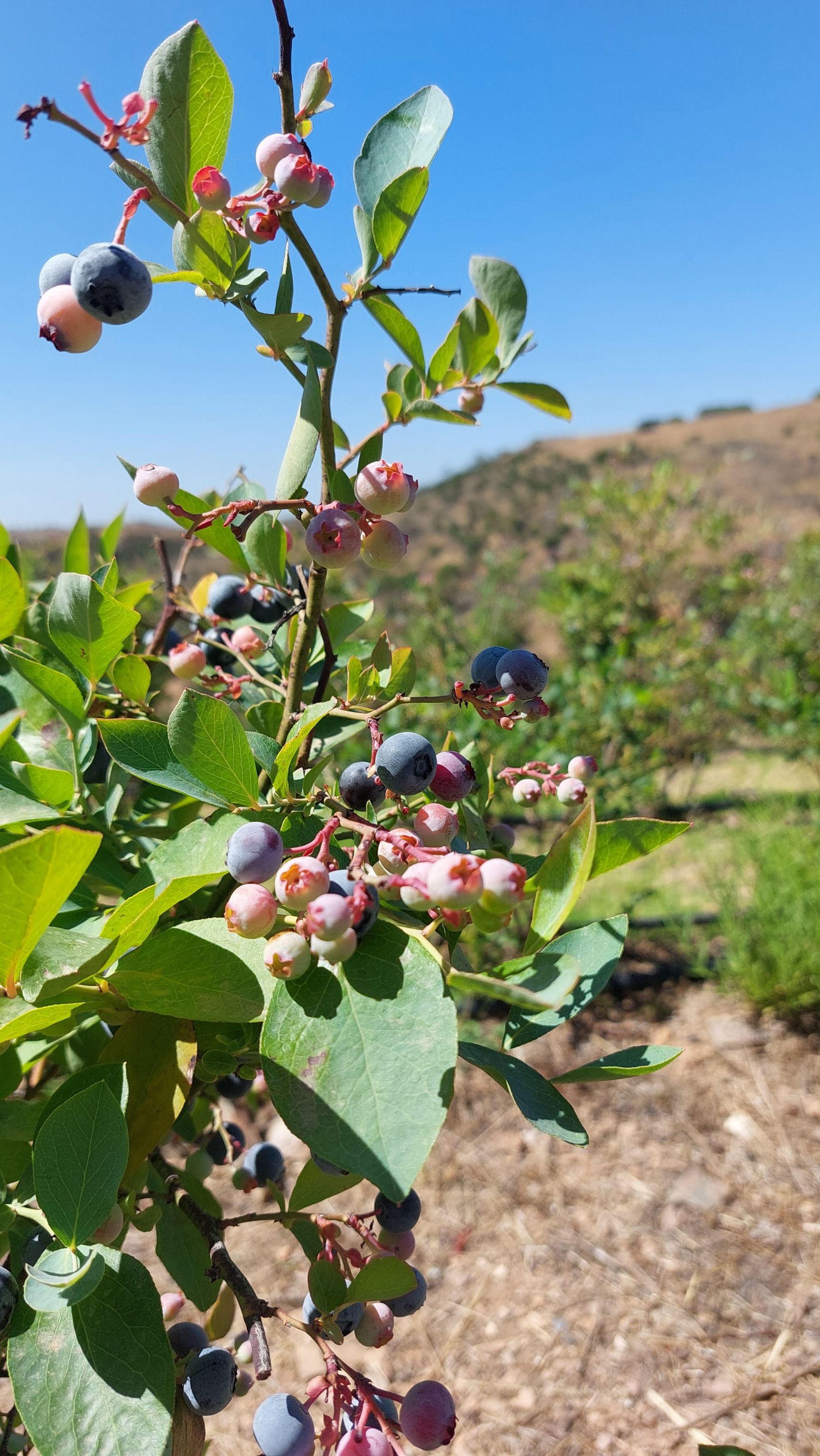 By 2017 they had so many delicious blueberries that it was time to open for business.

They sell their berries at local markets as well as at some selected health businesses. They’ve also established ‘‘pick-up points” usually around Burgau, Luz and Lagos that they announce on social media every week - but you have to be quick, as they sell out pretty fast.

However, if you are looking for a family friendly adventure, the most fun way to get your hands on their blueberries is to book an appointment to pick them for yourself on Wednesday, Friday and Sunday mornings.

Was the line that Chris’s granddaughter Sophie brilliantly and instantly recalled when I mentioned that blueberries can’t help but make me think of that scene in Charlie and the Chocolate Factory when Violet Beauregarde chewed on the gum that Charlie had specifically told them NOT to - and blew up like a massive blueberry.

Unlike at Charlie's factory though, Chris actively encourages everybody on the ‘Pick your Own’ experience to feel free to munch on as many blueberries as they like as they go along. 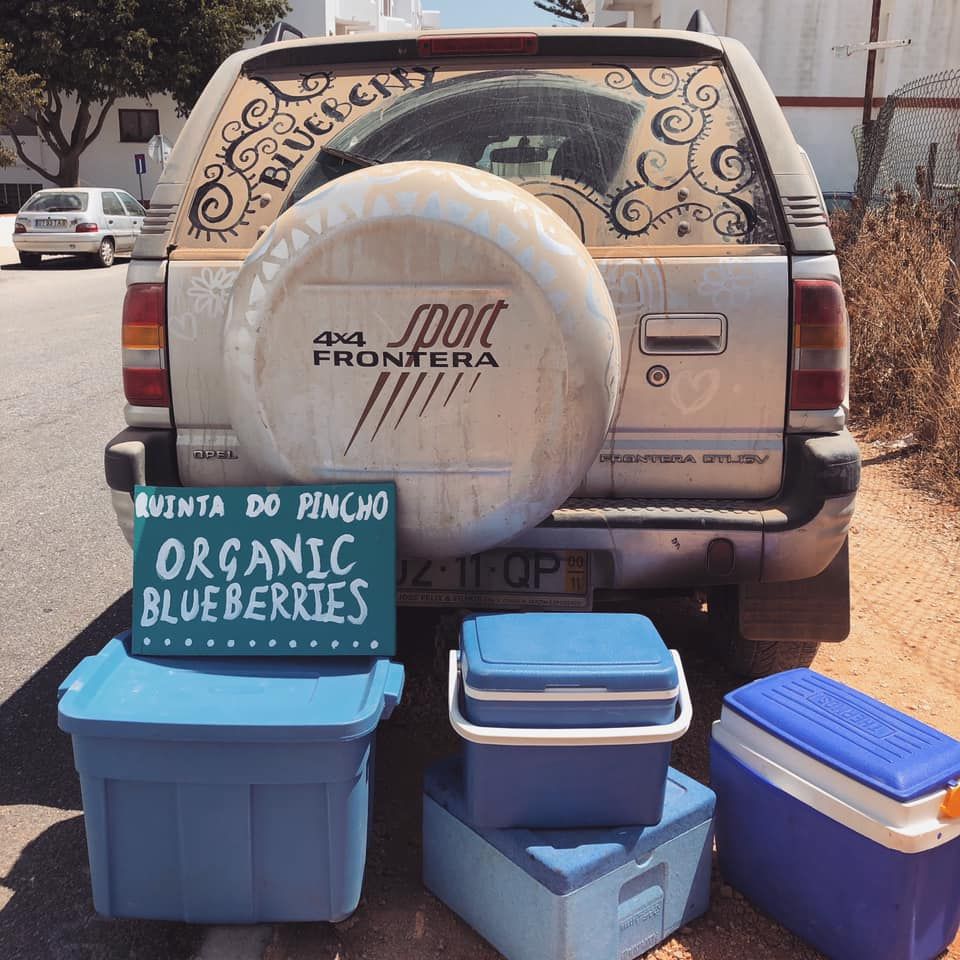 Chris’s medical past has meant that he has of course been researching the health benefits of blueberries and has concluded they are something of a superfood.

Known as the ‘King of Antioxidants’, they fight against cancer as well as help lower blood pressure and prevent heart disease. They are also good for your brain and your eyesight and also prevent muscle soreness and help you bounce back after strenuous exercise (like hiking and picking blueberries, for example).

So, what are you waiting for?

“Organic farming is a priority”

Cordas Festival at Museu do Vinho do Pico

Rotary pilgrims on the brink