HomeCuriosity James Webb Telescope could change our ideas about the universe

The first image from the primary sensors on the James Webb was a deep field image modelled after the famous Hubble Telescope Deep Field study.

The Hubble Deep Field images were the furthest distance any human eyes had seen. For those images, the giant Hubble space telescope stared at a rice-grain-sized patch of a dark sky for ten days. Ten days!

The Hubble image that emerged in January 1996 showed almost 3,000 galaxies! Scientists were blown away.

Just try to imagine that for a second. From the darkest point of the night sky, almost 3,000 giant galaxies, most as large or larger than our own Milky Way galaxy.

Now, 27 years later, our next generation telescope, the James Webb, has come on line and generated a better image in less than 12 hours than Hubble can in 10 days! That is faster by orders of magnitude, and the detail is markedly increased. The first image released is called SMACS 0723, and the picture looks back 13.1 billion years.

NASA also released the beautiful Carina Nebula photo, which fine detail shows how much clearer the JWST is.

Finally, the WASP-96 b image highlights the JWST's ability to Spectro analyse planets and determine the chemical composition of their atmospheres.

Also exciting for me was an image of Jupiter, released separately.

JWST can better analyse the local solar system and planets

JWST gets better images in a fraction of the time. Get ready for a marked increase in humanity's understanding of the cosmos.

What secrets will James Webb reveal to us about the Universe?

Let's speculate, shall we?

What was your initial impression when you looked at the first JWST Deep Field? The poorly named SMACS 0723?

I immediately thought it looked similar to our first microscopic images of pond water.

Antonie van Leeuwenhoek's discovery and study of microscopic organisms are one of the most notable achievements of the Golden Age of Dutch exploration.

Unfortunately, Leeuwenhoek never shared his lens construction techniques, which must have angered his contemporary, Robert Hooke.

Imagine before 1623, humanity had no idea of the scale and diversity of microscopic biological life. The scientific world was in complete shock. In a single drop of pond water, there were thousands of tiny life forms? How could this be possible? 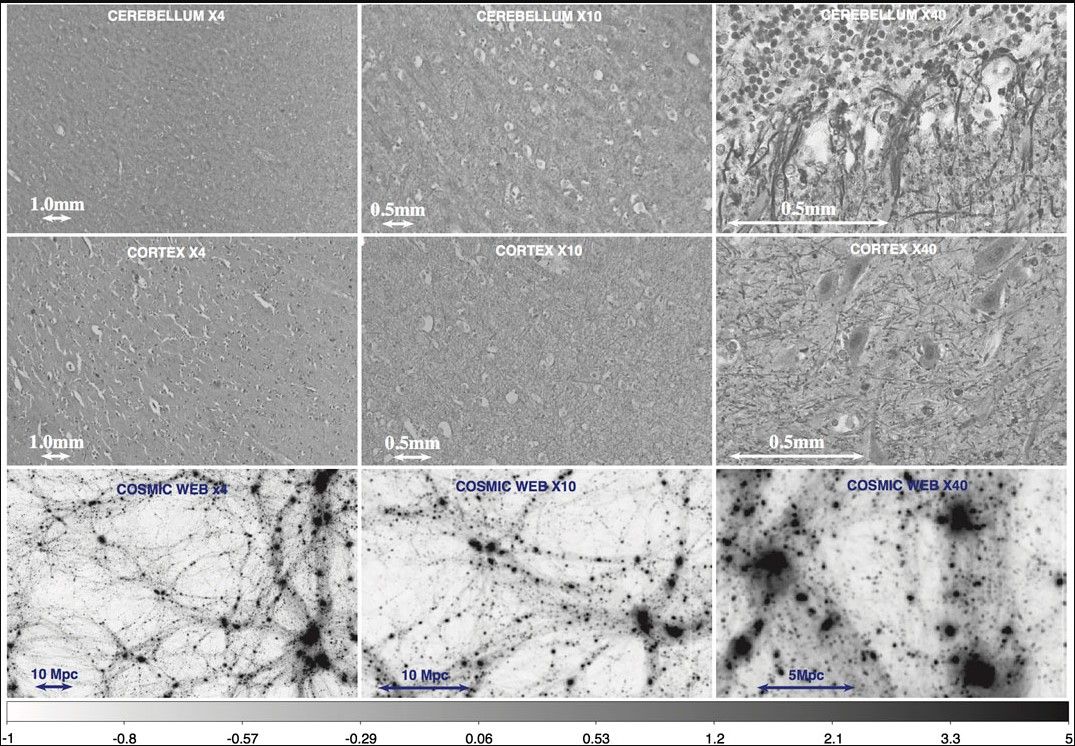 Van Leeuwenhoek's new technology had created a paradigm shift in humanity's understanding of the Universe.

It was the structured order that our laws didn't expect, which shocked scientists in the 1620s. Most likely didn't believe the data. How can you have order where we, humans, are not?

And yet, this is what the new JWST images will show us. In just these five images, we are seeing what looks like ordered matter. Why and how are galaxies orbiting around a black hole? How can a black hole be that large? What even is a black hole? What about the long lines of filaments that we see in the Universe? Could there be a biological structure to the Universe?

It turns out there is a statistical correlation between the structure of the Universe and the neural networks of brains.

In 2020, researchers at the Istituto di Radio Astronomia in Bologna worked with the Department of Neurosciences at the University of Verona.

The paper titled "the Quantitative Comparison Between the Neuronal Network and the Cosmic Web" compared the structure of tiny slices of cerebellum and cortex to the design of dark matter distribution of the cosmic web.

Some exciting points they found are water and dark matter make up around 75% of the medium. The similarities don't stop there. When the researchers compared the density of nodes (a neuron is a node in the brain while a galaxy is a node in the Universe), they found that the thickness of neurons in the cerebellum matched the patterns of dark matter in the cosmos.

"The similarity between the cerebellum on 0.01−1.6 mm scales and the dark matter distribution of the cosmic web on 1−102 Mpc scales is remarkable."

The authors also noted the density of other natural systems such as Sky Clouds, tree branches, or MHD Turbulence did not match the dark matter distribution.

The study's final results "hint at the fact that similar network configurations can emerge from the interaction of entirely different physical processes, resulting in similar levels of complexity and self-organization, despite the dramatic disparity in spatial scales (i.e., ∼1027); of these two systems."

The annual Nikon Small World Photomicrography Competition has amazing microscopic images. Many of these images are difficult to distinguish from the JWST images. What if we are just at one dimensional level of a universe unimaginably vast in size?

Although Galileo used lens technology 400 years ago to confirm we are not the centre of the Universe, not much else in our theories have changed.

Finally have the technology

Could it be that when we look at the JWST images, we got that same glimpse into a world unimaginable to us just a few years ago? When we finally had the technology to peer into the microscopic world, we were surprised that life permeated every environment and was ubiquitous everywhere we looked. Why would it be different when looking at the macroscopic world? What is stopping us from making this connection?

What do you think? Have you seen any interesting lights in the sky you couldn't explain? Let us know at The Portugal News! Check out my YouTube channel "Lehto Files"

The best tool to learn Portuguese

What do you know about Marmosets?

Wouldn’t that be something! Our universe is just the brain of another creature. How delicious to think that all of man’s posturing and self importance would amount to nothing.

The best tool to learn Portuguese

What do you know about Marmosets?

Lisbon one of the best cities for expats

Where in Europe are house prices rising fastest?

How to look after your garden tools