The secret to the perfect burger

From mixing meats to how you should cook the patty, the pros share their hacks for the most delicious burger ever.

Few things are as universally loved as a burger.

However you have yours – spicy, simple, with every topping in the world or naked – is down to personal preference. But what if you wanted to amp up your burger just a bit, and get your recipe closer to sheer perfection?

After years of testing in the kitchen, these chefs have now nailed their burger recipe – and are willing to share their secrets…

“As a Persian, I used to make a burger patty like a kofta – onions, spices, whatever mixed in it, and that was always delicious,” she remembers. “Then when I moved to Yorkshire, it was lockdown, but thankfully, I had a lovely butcher that would deliver and fill my chest freezer with stuff, because I live in the middle of nowhere.

“I was like, ‘I’m just going to keep it simple – I don’t have half of those things [ingredients she would normally use]’. So I get 200 grams of meat, mash the patty flat, season with salt and pepper, and char in a super hot, dry pan. Flip it over, season again.

“Put that in a burger with onions, tomatoes, pickled slices, personally I don’t like cheese, but bacon, then a squirt of ketchup, tiny bit of mayo… That, to me, is the perfect burger – and even those little fart cakes that are my stepsons love that.

“For me, it’s keeping things simple, and having super good meat.” 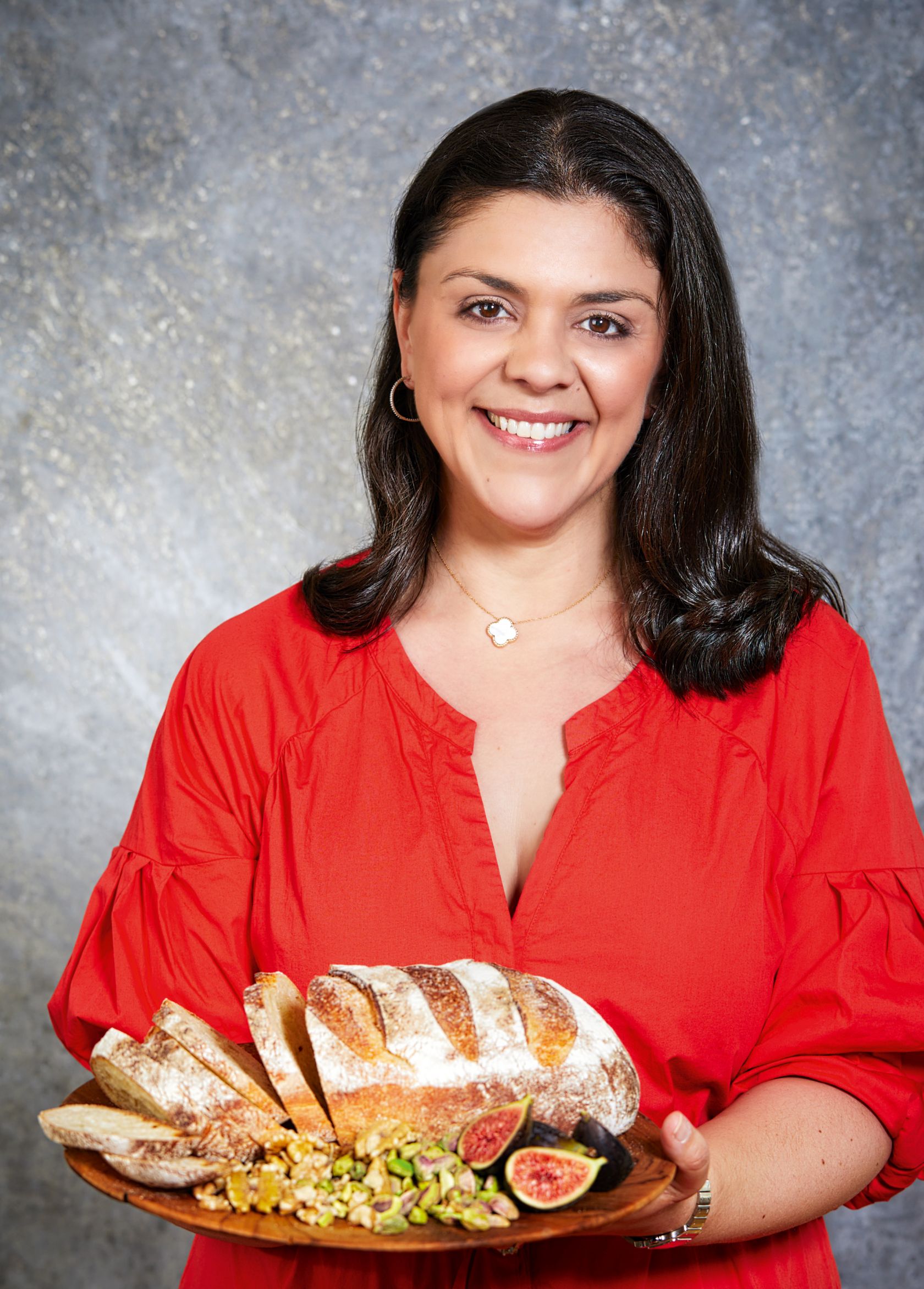 Ixta Belfrage admits the secret to a perfect burger is down to personal taste. “For me, it has to have some kind of fruity, chilli aspect to it,” she says.

“That’s obviously not a classic one, but I love meat with – not like a sweet chilli, but a fruity chilli. Like a mango habanero kind of thing would be really nice, or Calabrian chilli and pineapple relish. I love fruit, chilli and meat together in a burger.”

Like Ghayour, Edd Kimber reckons “the best burger is the simplest burger. I don’t like endless amounts of toppings, I don’t like random cheese-stuffed burgers or anything”.

He also suggests the magic comes from “very good quality meat”, and then it’s down to how you cook it. Kimber favours a “smash burger style”, saying: “The reason for that is you can really amp up the flavour, and you’re not adding so many different things. It’s just relying on cooking the meat, giving it as much roasted caramelised flavour as possible.

“So, you make the meat into a ball, then you very, very firmly press it into a very hot pan. As you push it down, it smashes into a thin patty, and by putting pressure on it you create a really caramelised crust. It also cooks very quickly, so it’s great if you’re in a rush.” 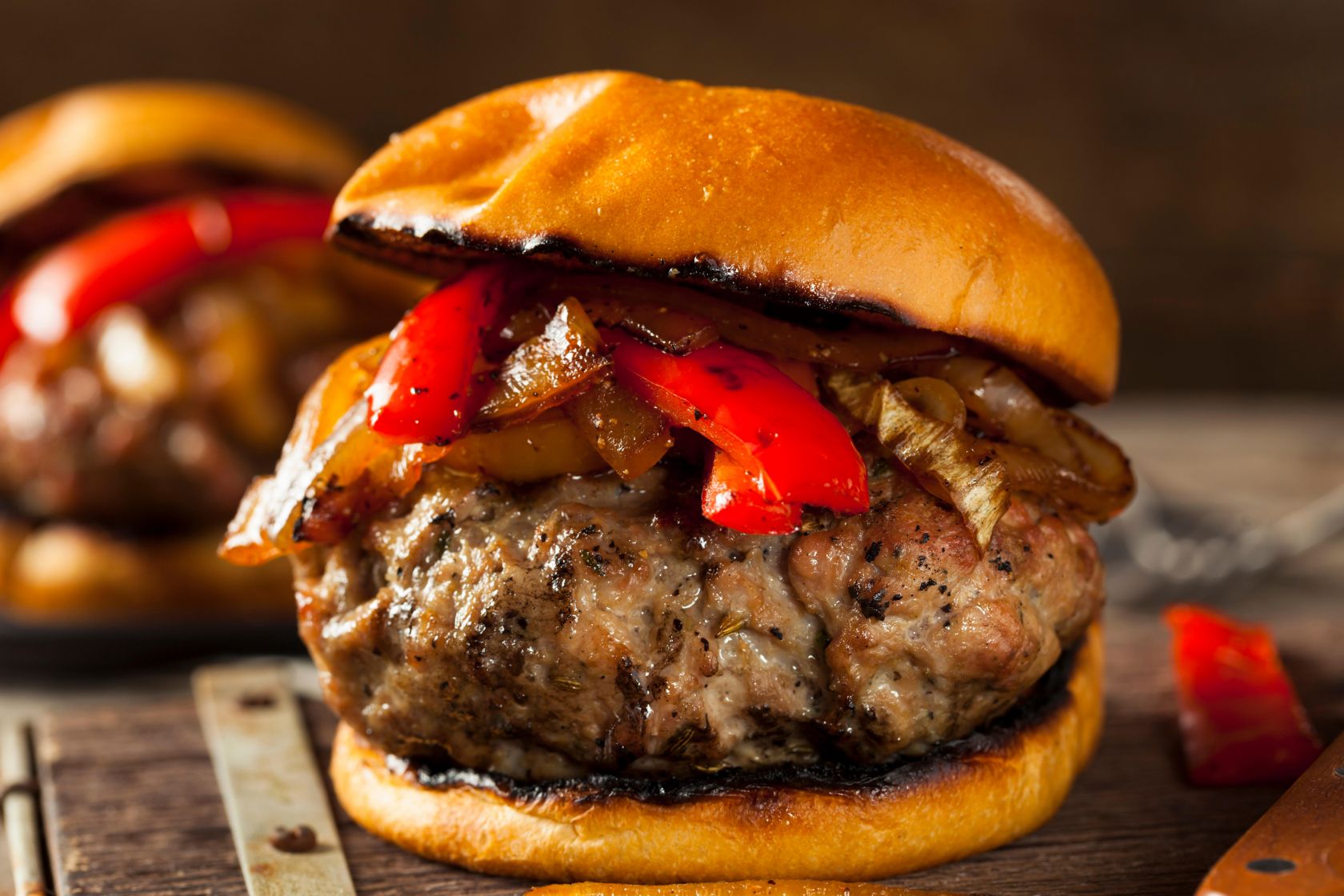 The Feeling bassist – and now cookbook writer with wife Sophie Ellis-Bextor – Richard Jones says: “I use a brioche bun and I like cooking [the burger] on the barbecue. I do thin patties pilled up with cheese in between – that’s quite trendy now, rather than a gourmet burger, which are big thick ones [served] red in the middle. So yeah two or three thin patties, then gherkins are a must, I like red onion, jalapenos and chipotle sauce.”

Ellis-Bextor adds: “No salad for me! I don’t want lettuce and tomato in there! I know that might be controversial.” 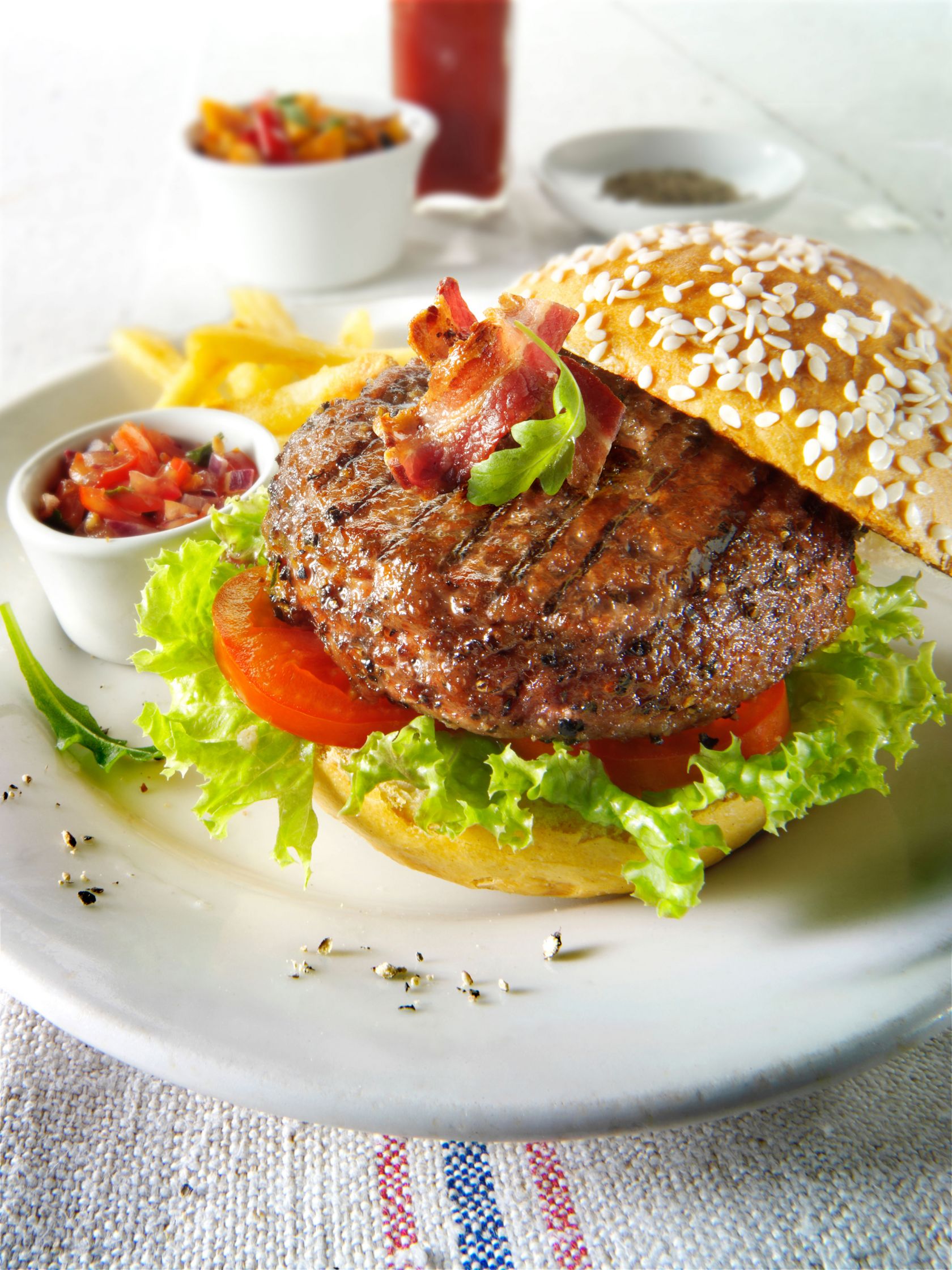 For Suzie Lee, it’s all about the meat you use for the best burger. She recommends a mix of beef and pork mince, saying: “You’ve got the beef flavour, but the pork gives it a softer texture, and a different blend of flavour.”

You can even use sausage meat for the pork component, and Lee adds: “You don’t need breadcrumbs, I can’t describe it until people try it.

“The Americans do it quite a lot – that’s why it’s called a hamburger, because it’s a blend of pork. Try it – that blend helps with the flavour, and balances it really well.”

Why chocolate feels so good

Why chocolate feels so good

Air fryer recipes you have to try

“Everyone is talking about Portugal”

It’s never too late to find love in Ireland

Have yourself a very veggie Christmas

7 of the best Portuguese cheeses

A restaurant you can't miss

This is what happened when we put Jamie Oliver’s new cookbook, ONE, to the test

The secret to the perfect burger