EVILUTION is the new major solo exhibition by artist Bordalo II, which will be running from the 8 October until the 11 December at the Edu Hub Lisbon.

This exhibition will bring together a myriad of recognised pieces, as well as new, never-seen-before approaches and styles. The exhibition will be open at the Edu Hub Lisbon from Wednesday to Sunday from 2pm until 8pm (with the last entry at 7pm).

After a decade of showing his hometown of Lisbon, along with many other cities across the globe, what trash art is all about, Bordalo II is ready to take the next step in his artistic method. Known for a body of work that meddles with sustainability and pollution concerns surrounding nature and animals, Bordalo II creates massive, big-scale animal sculptures by using all kinds of urban waste, ranging from scraps of metal, dumpsters and plastic toys to hoses, ropes and all kinds of marine debris and road dividers.

Now, Bordalo is taking the new Edu Hub in Lisbon by storm and presenting a whole new exhibition that he and his team expect will leave people speechless and wanting more. Known for their long-standing passion for art and commitment to supporting Portuguese artists, Martinhal Resorts is proud to sponsor this exhibition in the United Lisbon International School and Edu Hub Lisbon — one of the most recent entrepreneurial endeavours of Chitra and Roman Stern, founders and owners of Martinhal Resorts.

“We organised this exhibition as if it were almost a kind of retrospective of everything we’ve been doing over the last few years”, Bordalo says, referring to five different yet complementary moments that will take their own place at a large warehouse located within the Edu Hub. 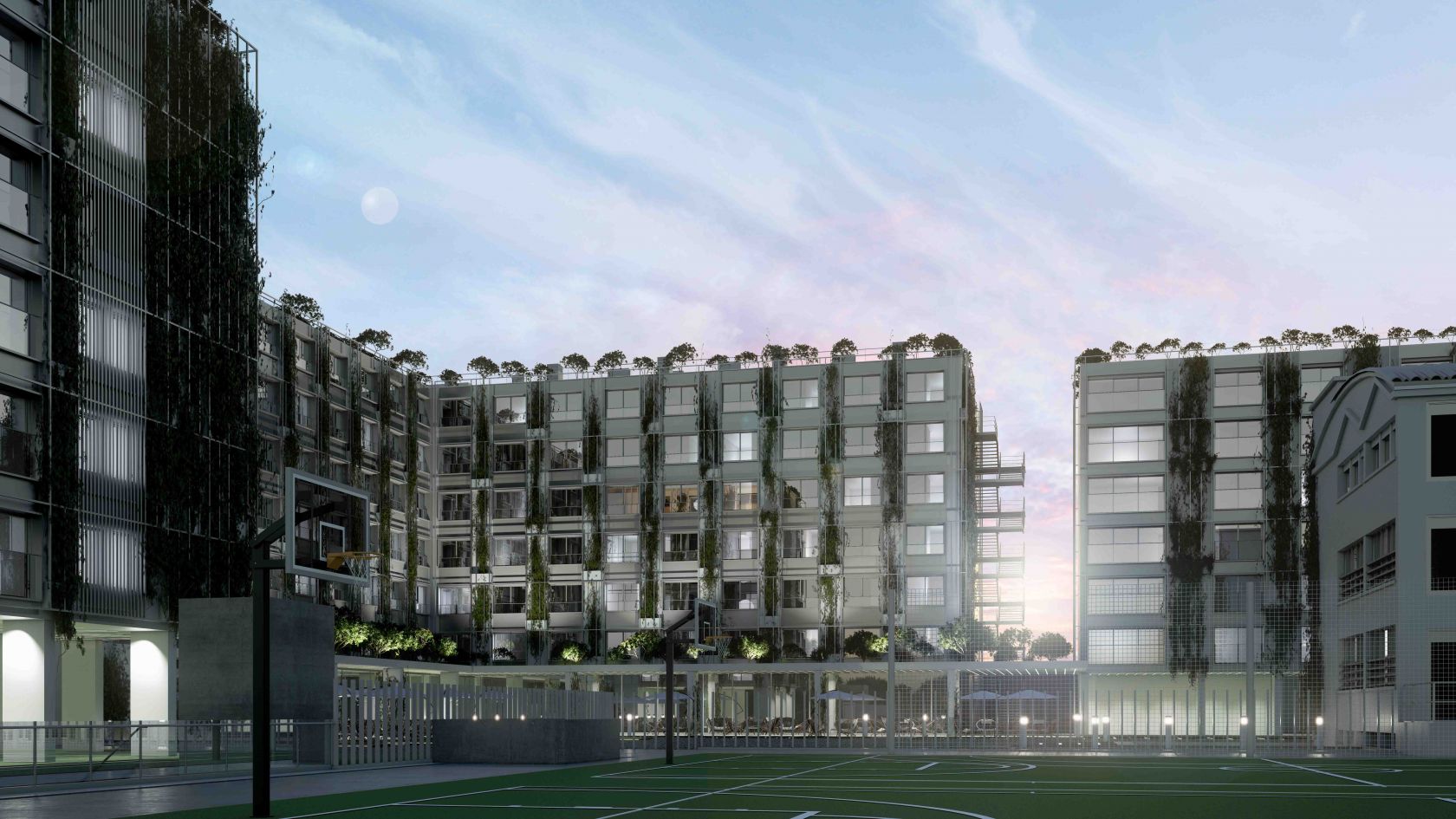 The first moment of the exhibition will be inspired by the experience of entering a dimly lit gallery or a mysterious museum. As opposed to the well-known Big Trash Animals, Bordalo will start with Small Trash Animals divided into three series: neutral (which are painted over the plastic to show an almost real, raw appearance); half-half (half neutral, half colourful plastic where it’s easier to identify the objects used) and plastic (which are an evolution within the series and showcase the raw materials without any painting). This is Bordalo’s most outstanding work, which he and his team have been making for many years and has been replicated around the world. And although the word retrospective has been mentioned, these will all be new pieces, even if based on his regular, most eminent work. 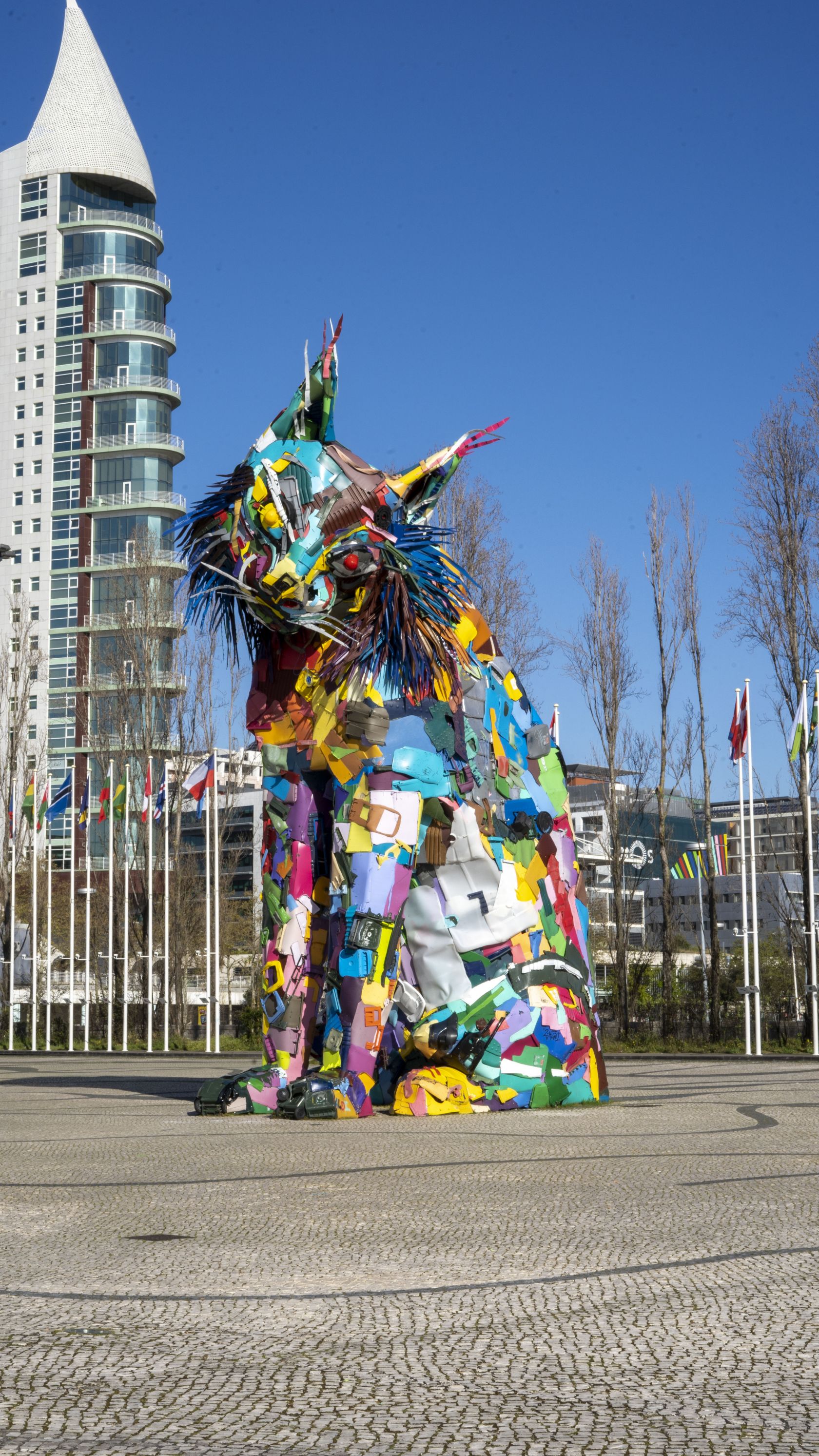 The second moment will follow the same inspiration in terms of scenic space. However, it will feature new pieces from materials that have never been used before by Bordalo — where he takes a specific material and arranges it in many layers to create different shapes and tones. 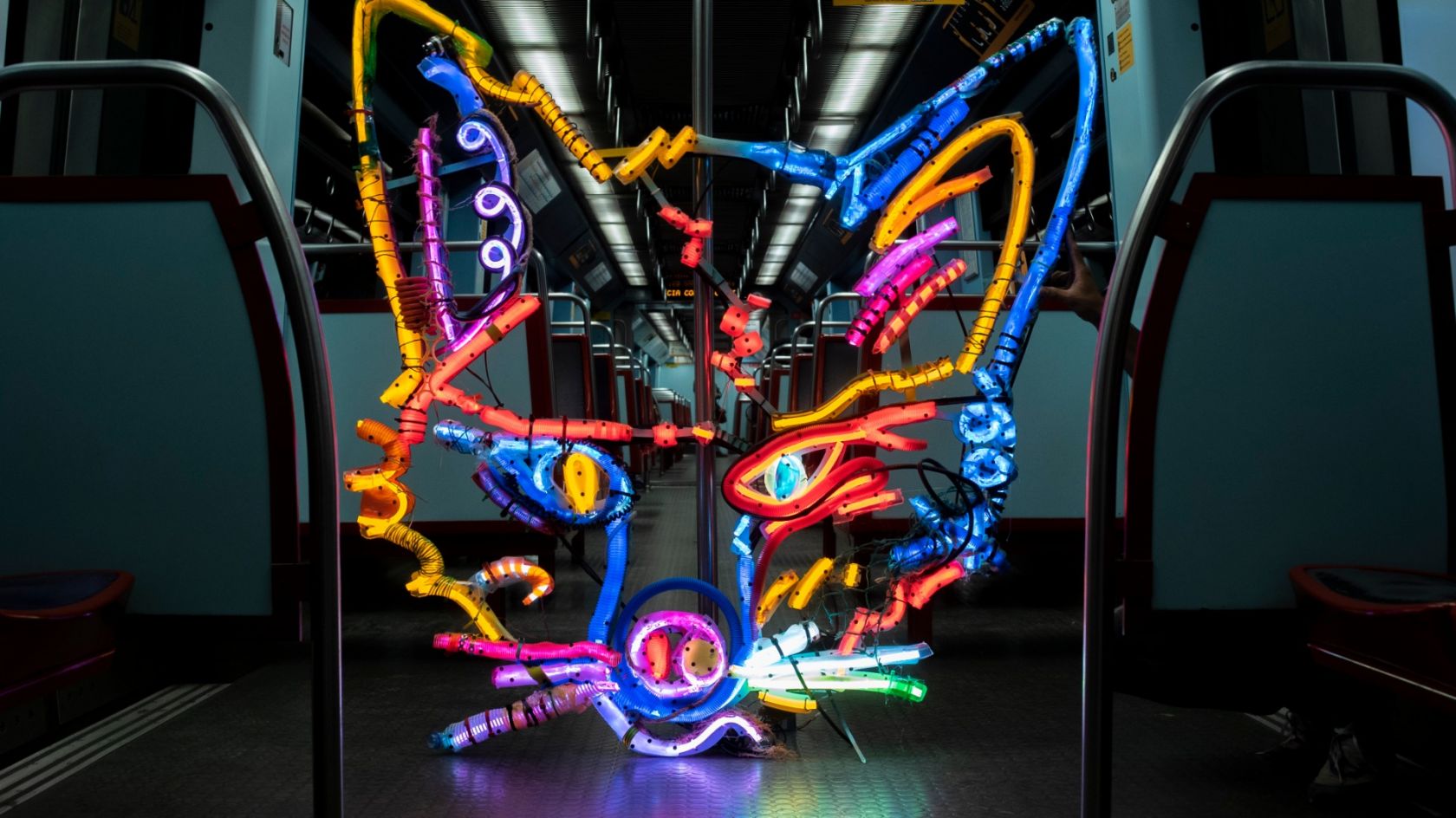 Next, we will have a third moment, which will showcase several collections under a unique series inspired by Bordalo’s upbringing in the art world. “I’ve been doing these pieces forever, and I’m supposed to be an artist, not a machine. So, I’ve got plenty of ideas that keep coming up to me of things I’d love to do. I really don’t want to be replicating over and over the same thing or become a one-trick pony; I want to evolve and let my work evolve with me. These couple of years allowed me to think and go back to my roots, which is graffiti. And although my background at the Fine Arts college showed me a bunch of mediums that allowed me to grow artistically, graffiti and street art gave me a sense of scale, using all kinds of materials to create something, of being resourceful. Despite all its drawbacks, graffiti is where I come from”, he adds.

There will also be a fourth moment where visitors will have the chance to buy a book about the exhibition and another book about Bordalo’s career so far, as well as limited-edition prints. The fifth and final moment will invite people to sit back, relax — and even check out a surprise element. 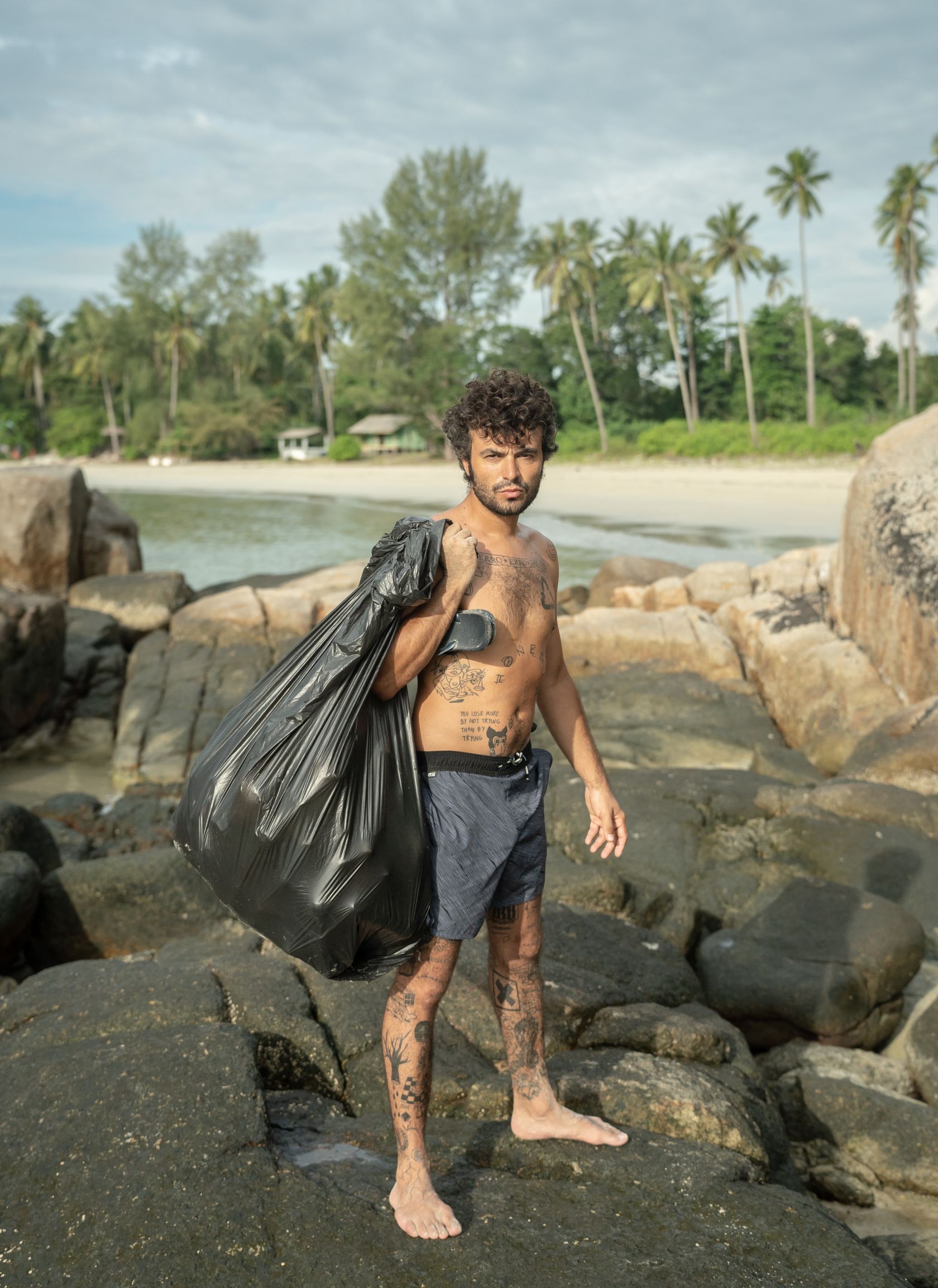 Artur Bordalo (b. 1987), also known as Bordalo II, is an artist living and working in Lisbon. His name is a tribute to his grandfather, the painter Real Bordalo, which he chose to keep the legacy going while allowing it to evolve and grow. Bordalo II creates massive — mostly animal — sculptures from various discarded objects he and his team are given thanks to a number of partners who help them create art from trash that otherwise would be disregarded or thrown out. 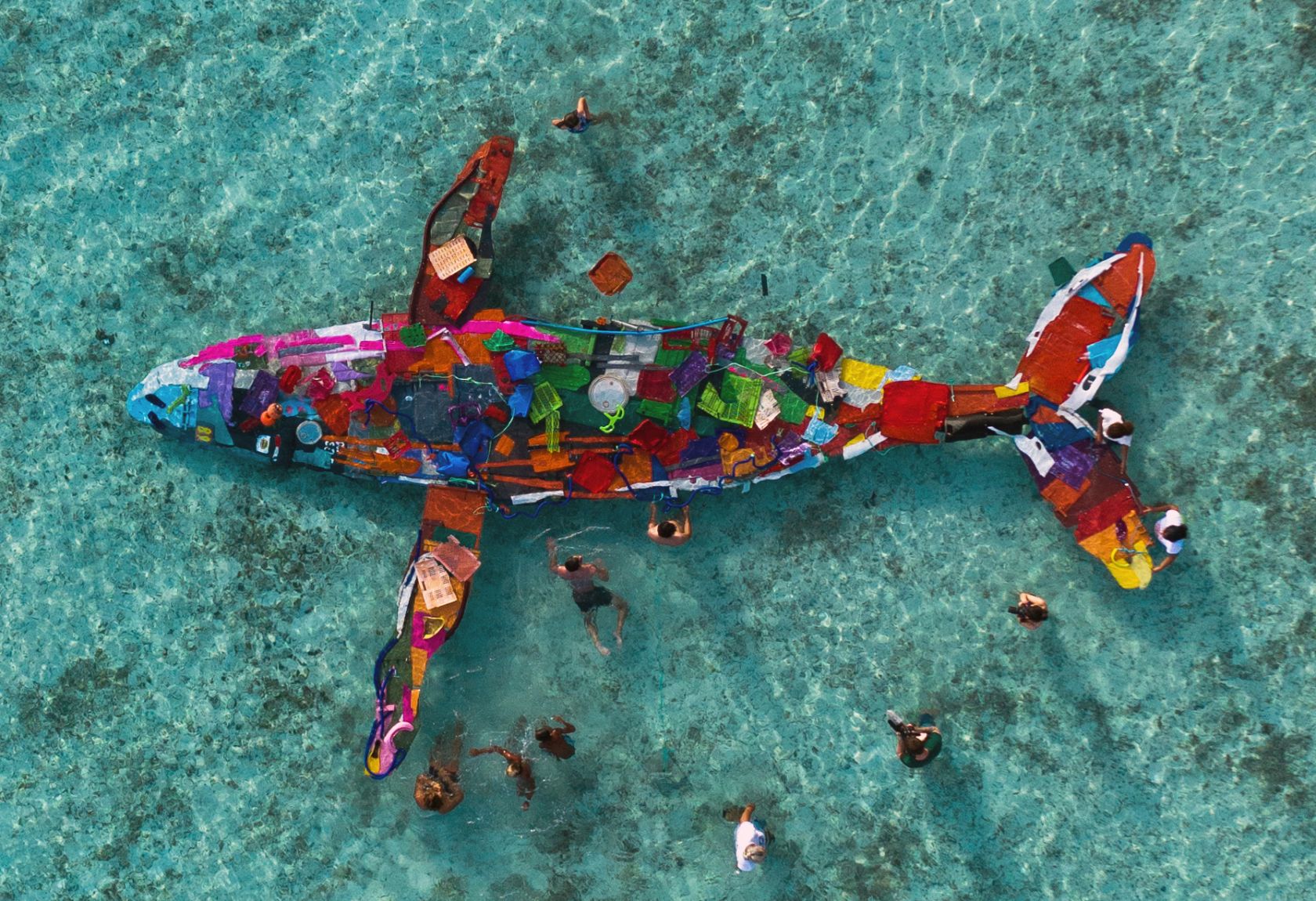 His creative process is intrinsically entangled with the concepts of excessive production and consumption, resulting in the continuous fabrication of garbage and, consequently, the planet’s destruction. He has been working since 2012 and, since then, has salvaged around 115 tons of reused materials. His pieces are spread across the globe, namely Singapore, the USA, French Polynesia, France, Germany, Austria, and many others. 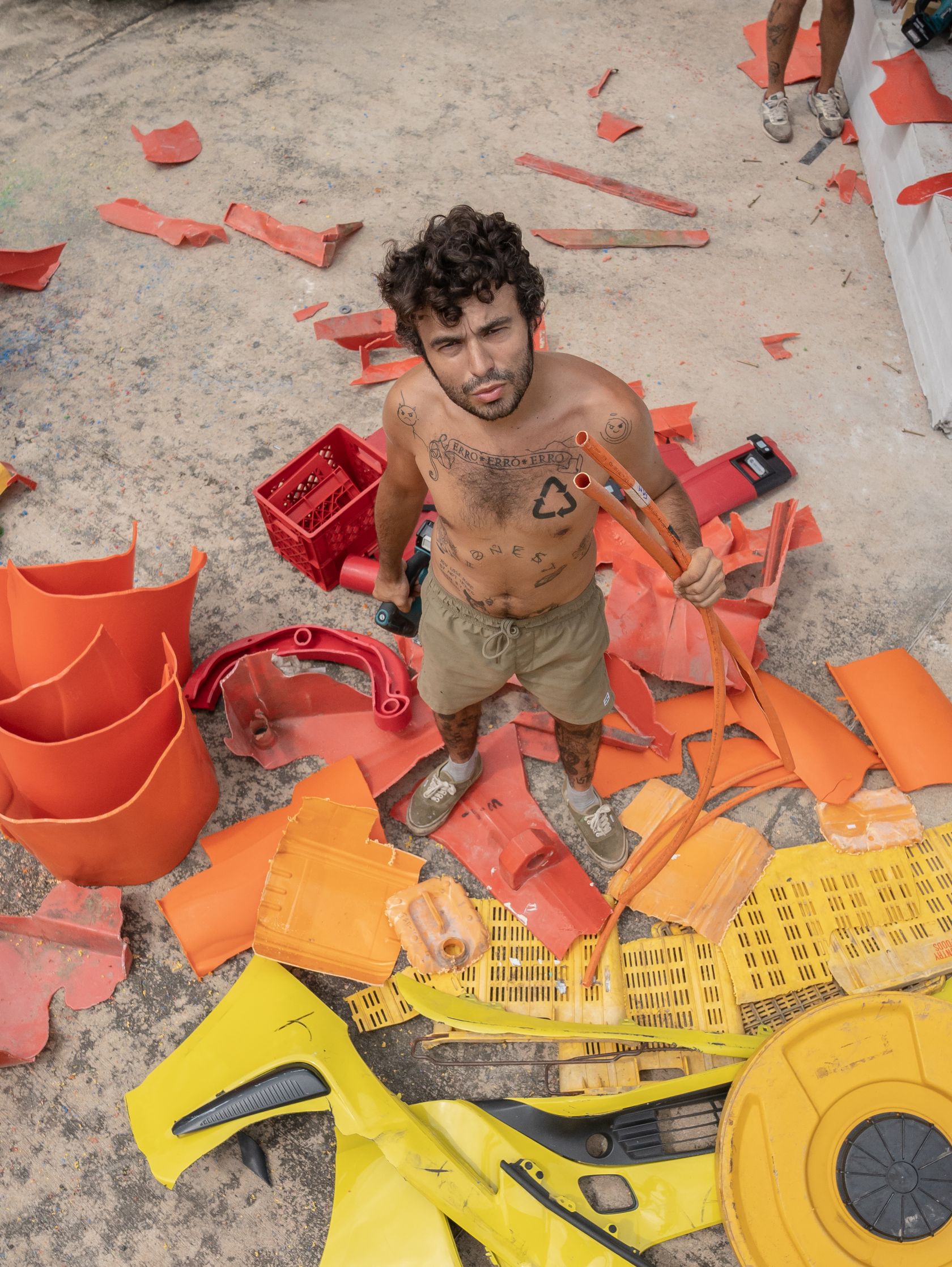 ABOUT THE EDU HUB

Powered by the Elegant Group, owners of the Martinhal brand, among many other endeavours in Portugal, the Edu Hub is a 28,400 sqm development site in Marvila, next door to Parque das Nações, an up-and-coming area where students, educators, innovators, and creators connect in the pursuit of lifelong learning.

The leading piece is a new international school designed to prepare the next generation for tomorrow’s world. The first piece of the Edu Hub was the United Lisbon International School, which opened in September 2020. The second phase will be for working and living, while the whole campus will also enjoy common facilities for work, leisure and sport. The increasingly global appeal has made Lisbon a top destination for students, as well as companies and families looking for new horizons. 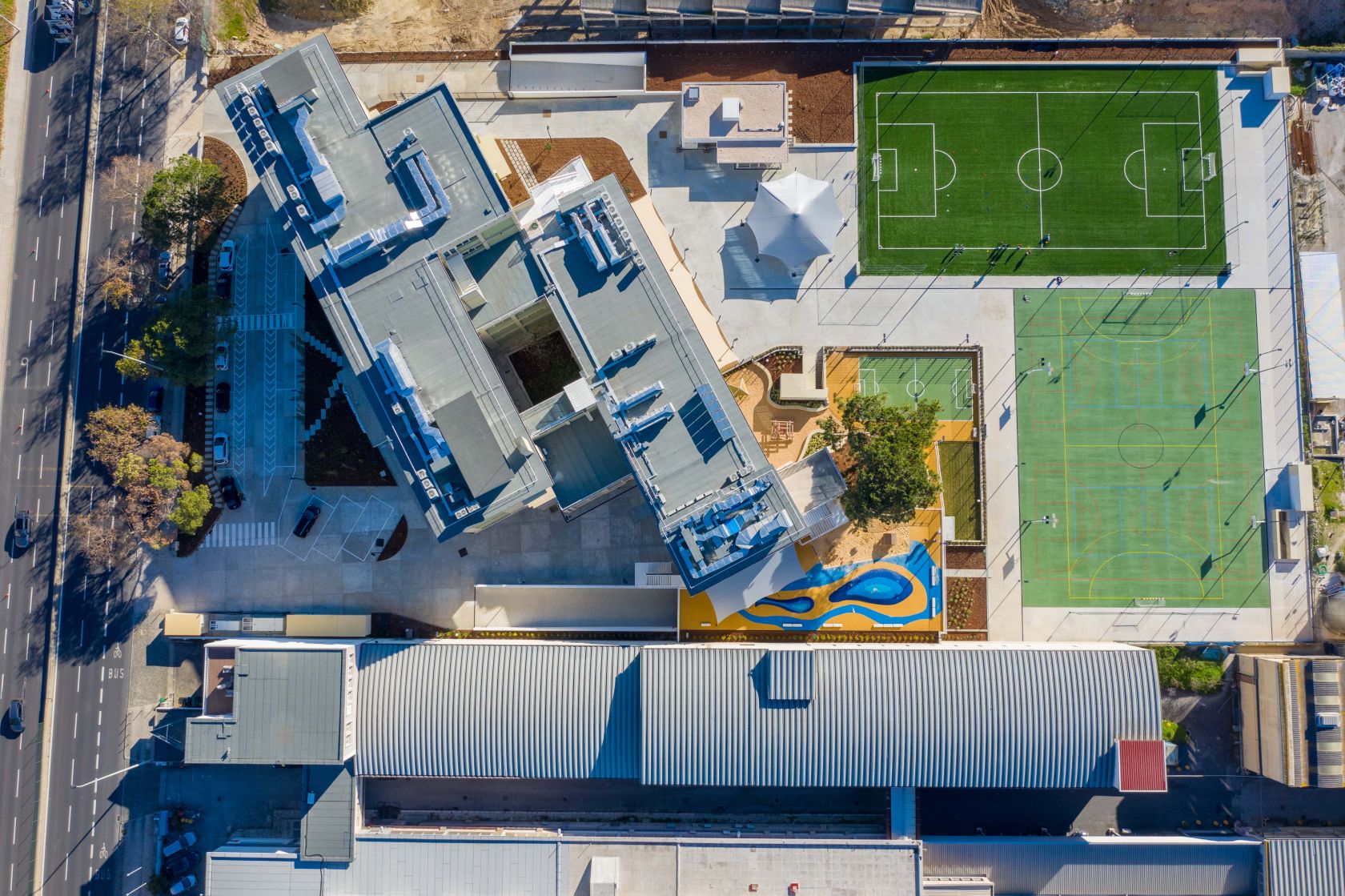 Curved lines on the canvas

Monkeypox to now be known as “mpox”

Last chance to see Jack and the Beanstalk!

Back to School for Algarve Wine Society

C.A.S.A. visits Guia for a dinner