Peugeot is truly on a roll at the moment. Its range of cars is arguably the most stylish of any mainstream manufacturer, and models such as the 208, 2008 and 3008 are all proving especially popular.

Now, can the next-generation 308 hatchback continue down the same path? Given the outgoing model first arrived in 2013, this was a car that was really starting to show its grey hairs, especially as the pace of development is fast in this class. So, Peugeot is aiming to return back to form with this new car. 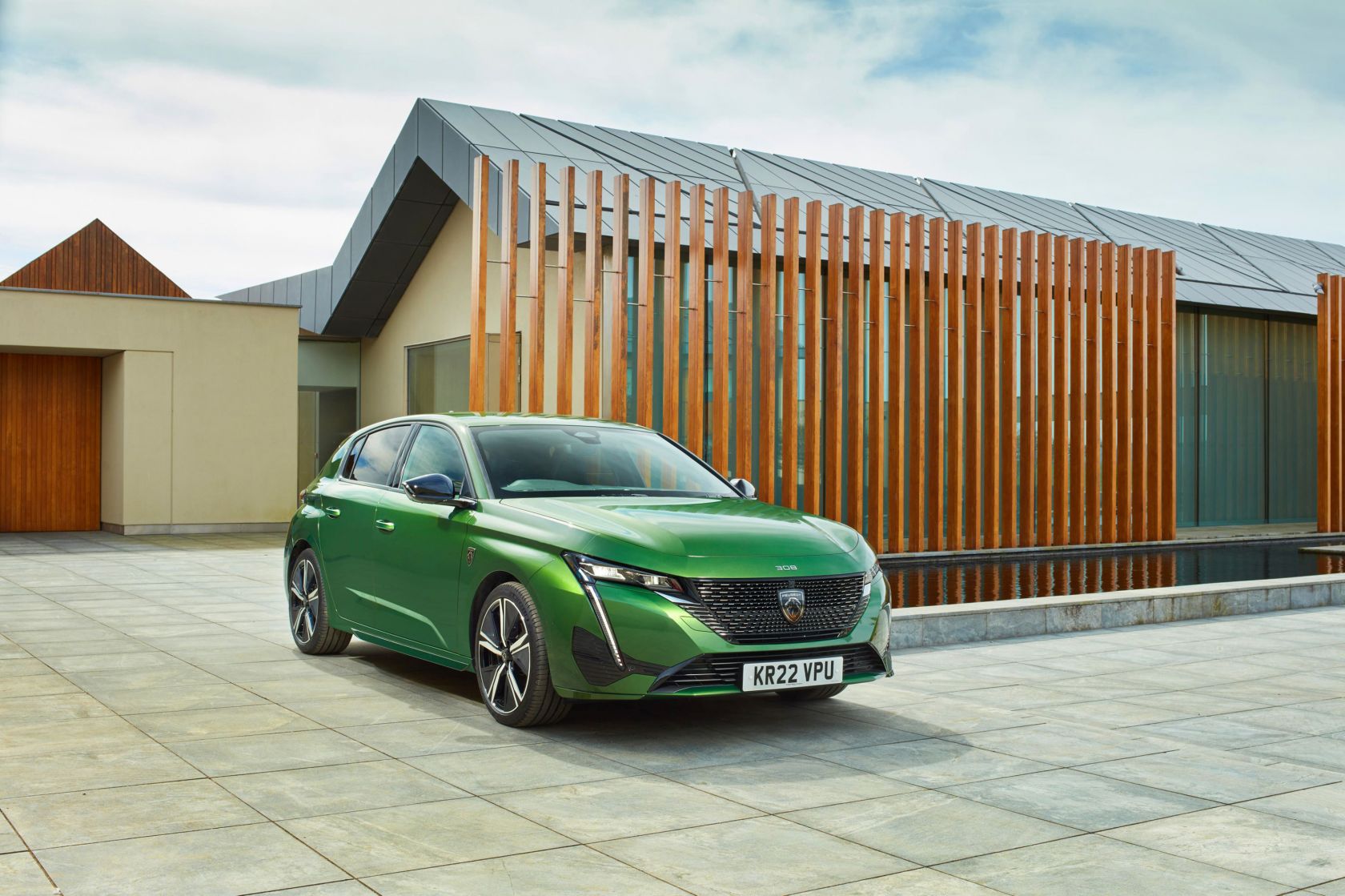 Ushering in Peugeot’s latest design language, the new 308 is the first model from the firm to wear the brand’s new logo. We’ll get more on to its exterior design later, but other changes include the addition of a new infotainment system – something Peugeots have been in need of for quite a long time.

Under the surface, things are modernised with a pair of new plug-in hybrid powertrains as part of Peugeot’s rapidly growing electrified range. There will even be a 308 EV, but you’ll have to wait at least another year for that to arrive.

Peugeot is big on choice, which is why you’ll still find the 308 sold with conventional petrol and diesel engines. All versions are now automatic-only though, so you’ll have to look elsewhere if you still want that manual gearbox.

But here it’s the top-spec Hybrid 225 model we’re trying, which pairs a turbocharged 1.6-litre petrol engine with an electric motor for a combined 222bhp and 360Nm of torque. 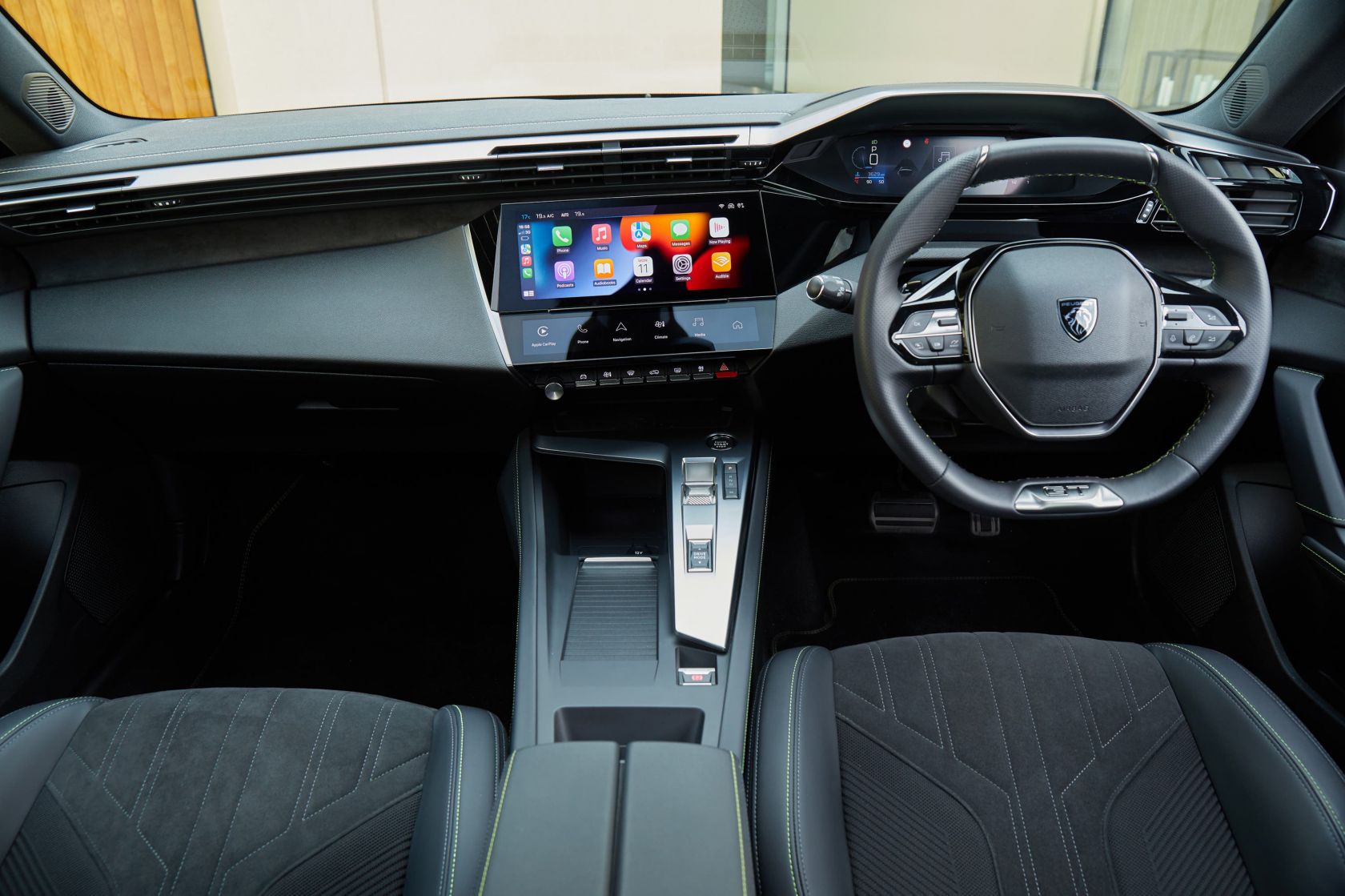 In terms of efficiency, its claimed 60-km electric range could allow for more than 200mpg if you plug it in regularly, while CO2 emissions of 24g/km and 30g/km give it very low company car tax rates. That’s important for Peugeot, as it expects more than two-thirds of 308s to be sold to fleets.

On start-up, the 308 is near silent, and it’s happy to pootle around on electric, with the motor on its own kicking out a respectable 108bhp. The switch between petrol and electric is smooth too, though the eight-speed automatic gearbox can feel a bit jerky.

It’s also not as quick as the figures suggest though, and the small steering wheel and digital dial combination won’t suit everyone either. It can make finding a perfect driving position difficult, and you can’t always see the dials all that easily because the top of the steering wheel gets in the way.

Back on a more positive note, the 308 handles nicely while the ride is impressive, particularly for a plug-in hybrid and the fact our test car was riding on the largest 18-inch alloy wheels.

Peugeot has been getting more adventurous by the year with its designs, and the 308 is arguably its boldest yet. In a class where – generally speaking – the designs aren’t all that exciting, this car really stands out.

Its large frameless grille, intricate LED lights and drooping ‘claw’ headlights are all able to turn heads, while its sharp crease lines add further flair to the package. The ‘free’ paint colour is also arguably the best of the lot – Olivine Green.

In this top-spec GT Premium form, the quality of the 308’s cabin is top-notch with a raft of high-end materials combined to create a very pleasant environment. Our test car even came with a funky light blue leather upholstery, but it certainly added even flair to the interior.

Peugeot’s new 10-inch touchscreen is a big step up too, being clear, easy to use and ultra-modern. Large digital shortcut buttons are much better than the toggle-like paddles you get in the brand’s other models too. 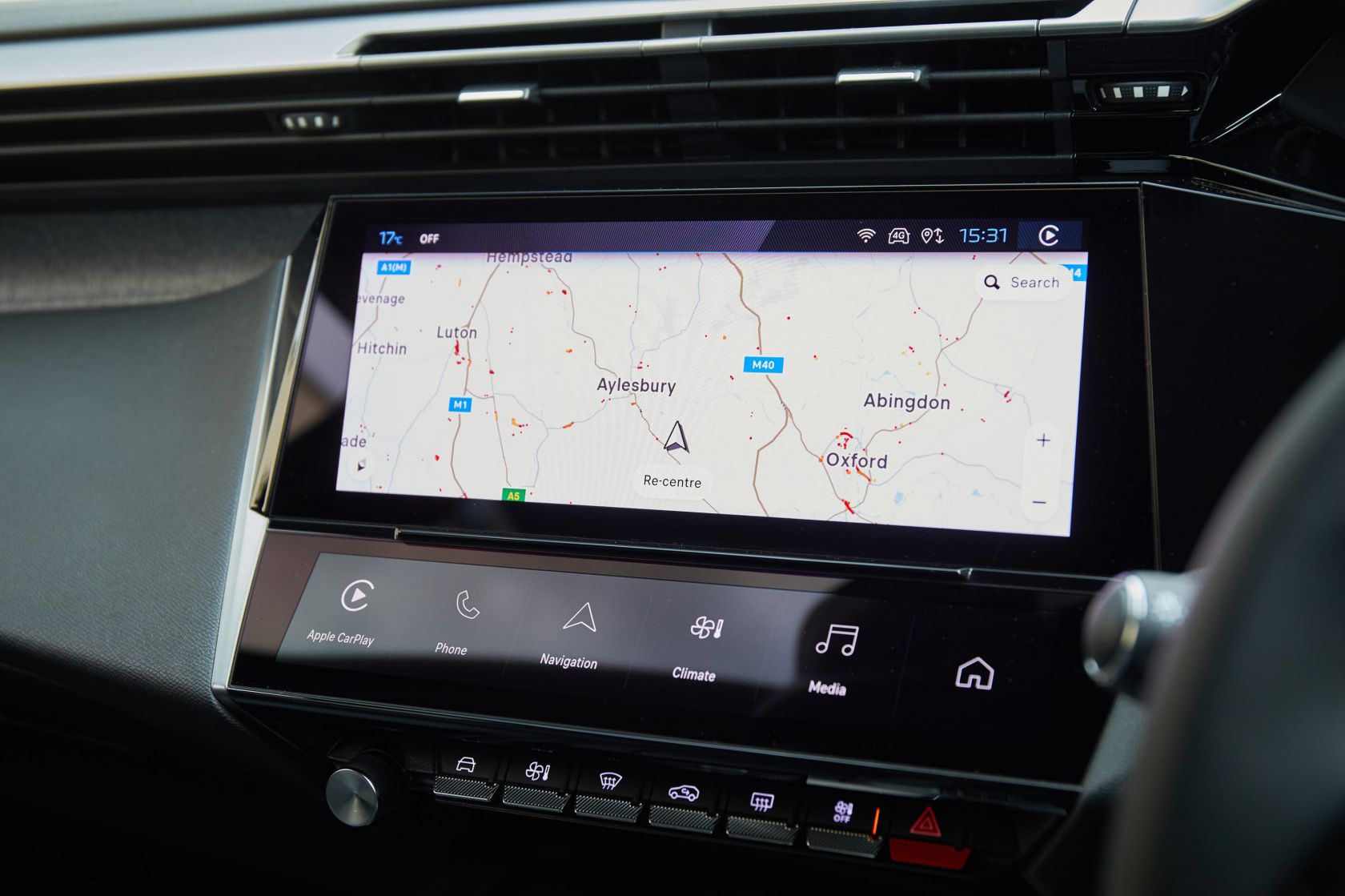 Thanks to this new 308 being 11cm longer than before, space is improved too, with the boot measuring an impressive 412 litres, and though it drops to 361 litres in the hybrid, it’s only the underfloor area you lose.

From basic to premium, all 308s get a decent level of kit, with entry-level Active Premium models equipped with LED headlights, 16-inch alloy wheels and a 10-inch touchscreen.

If you want all the bells and whistles, GT Premium packs a 360-degree camera system, 18-inch alloy wheels and Focal sound system. 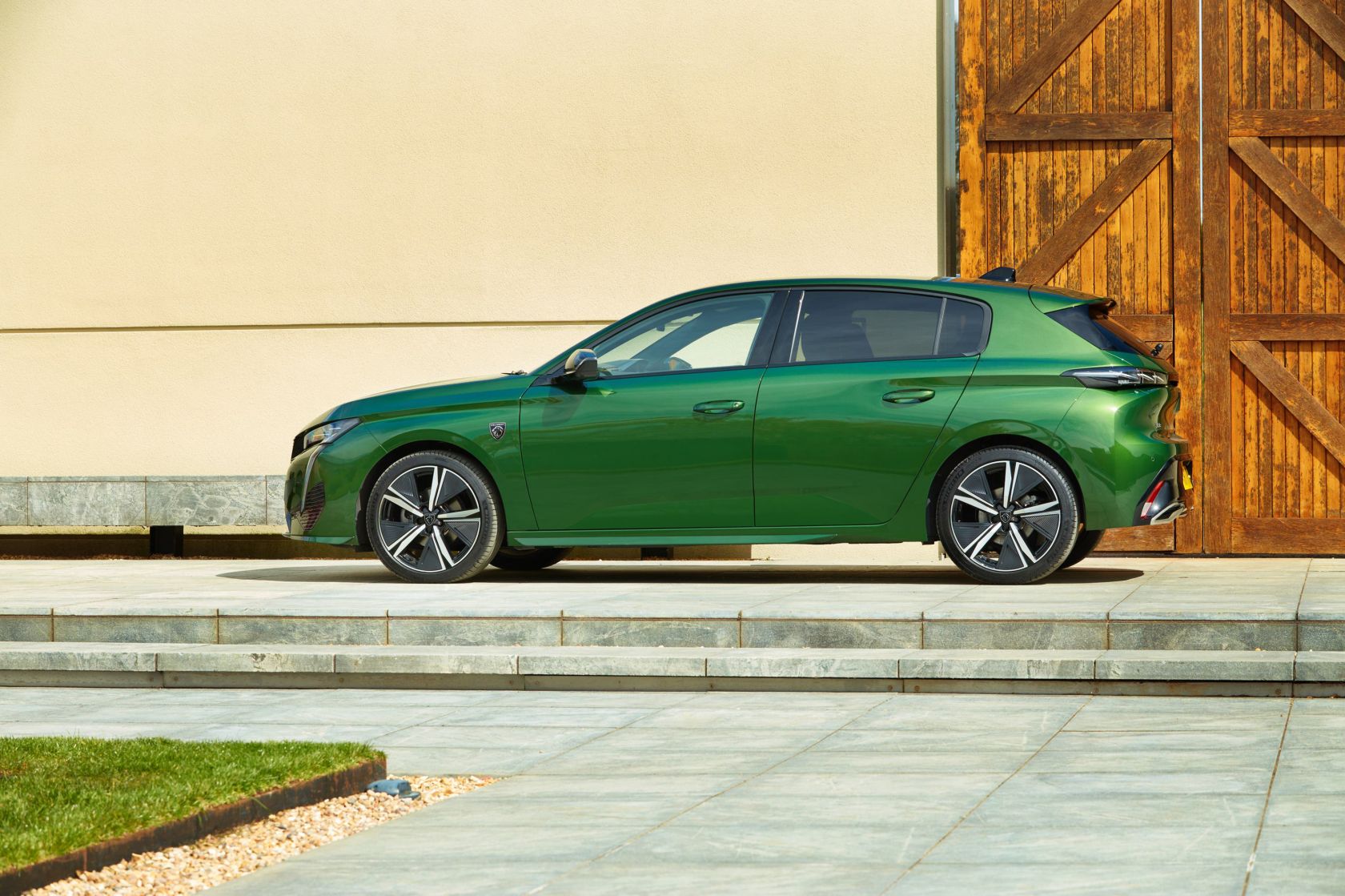 It seems like Peugeot has another hit on its hands with the new 308. This new hatchback represents another shift upmarket for this firm, with this model’s attractive styling and high-end interior really making it shine in this class.

The addition of the plug-in hybrids is welcome too, though this top-spec ‘225 PHEV’ doesn’t show the 308 in the best light. The regular Hybrid 180 model makes far more sense as it’s even more efficient, nearly as fast and cheaper.