Local artist Ana Martins told me she was practically born with a paintbrush in her hand and has loved bringing things to life on all kinds of interesting and unusual canvases her whole life.

Ana is Portuguese but says she feels at home in Morocco and also loves the islands of Cabo Verde and São Tomé e Príncipe. She takes some inspiration from these exotic places but most of her paintings are of the many beautiful sights to be found here in the Algarve.

She likes to paint the colourful birds in the sky and the fish that swim in the sea but also turns her talents to people's dogs, Indians and sometimes even goes so far as to paint the things she sees in her wildest dreams. 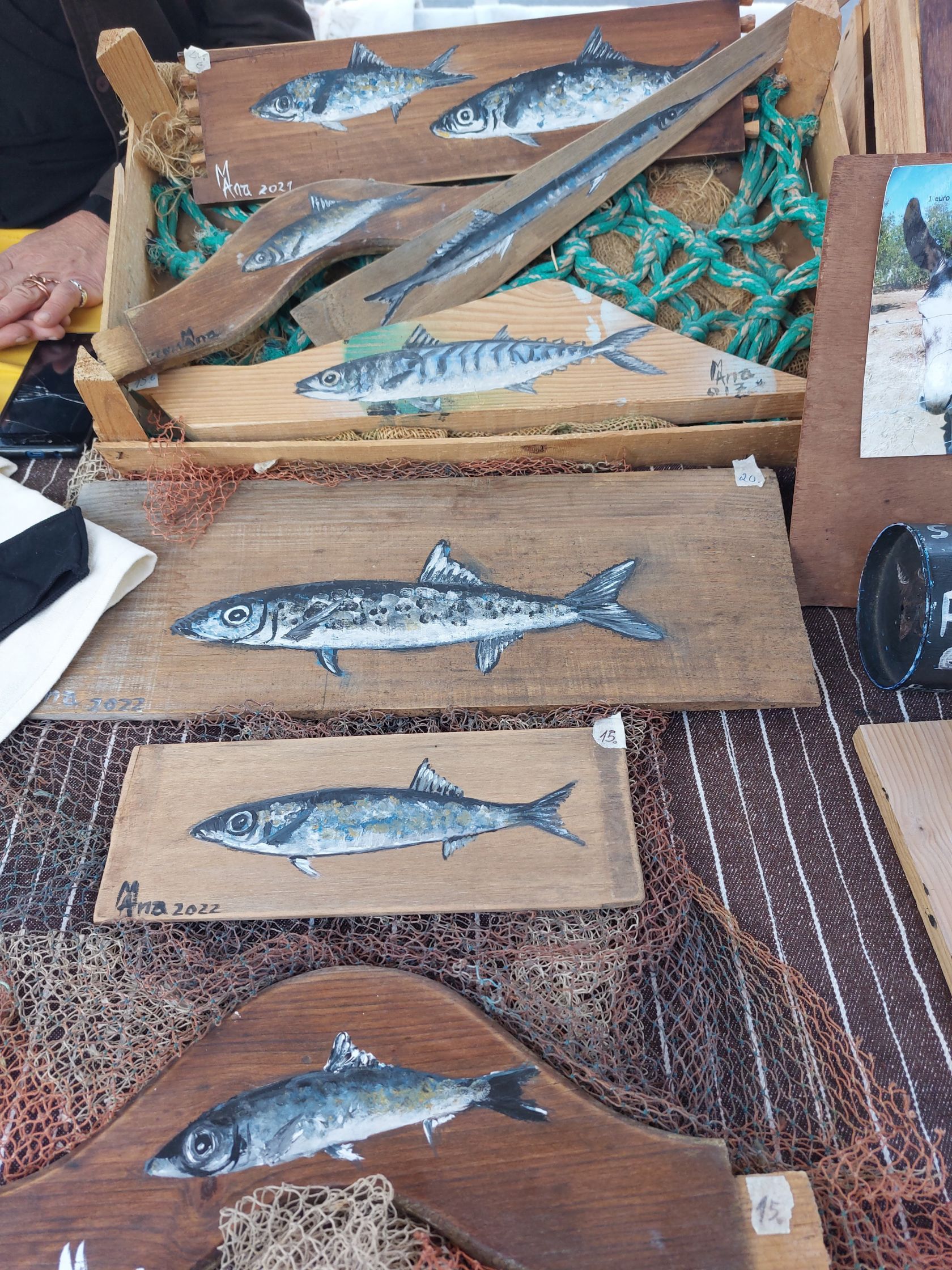 However, despite this extensive catalogue of creations, if you ever come across her stall at the local markets - I doubt you will even need three guesses to figure out what her absolute favourite thing to paint is.

It's her beloved donkey, of course. His name is Burrogalo and he will turn 15 years old in January. Apparently, he’s a real sweetie - with a sweet tooth. He loves a good “festinha” (party) and will love you forever if you give him an apple or two.

From reading and watching Winnie the Pooh when I was younger, I kind of got the impression from Eeyore that donkeys were a slightly moody bunch - but Burrogalo seems to always be having a good laugh about something. His joyous mood is captured wonderfully by Ana in her paintings and can’t help but brighten your day. 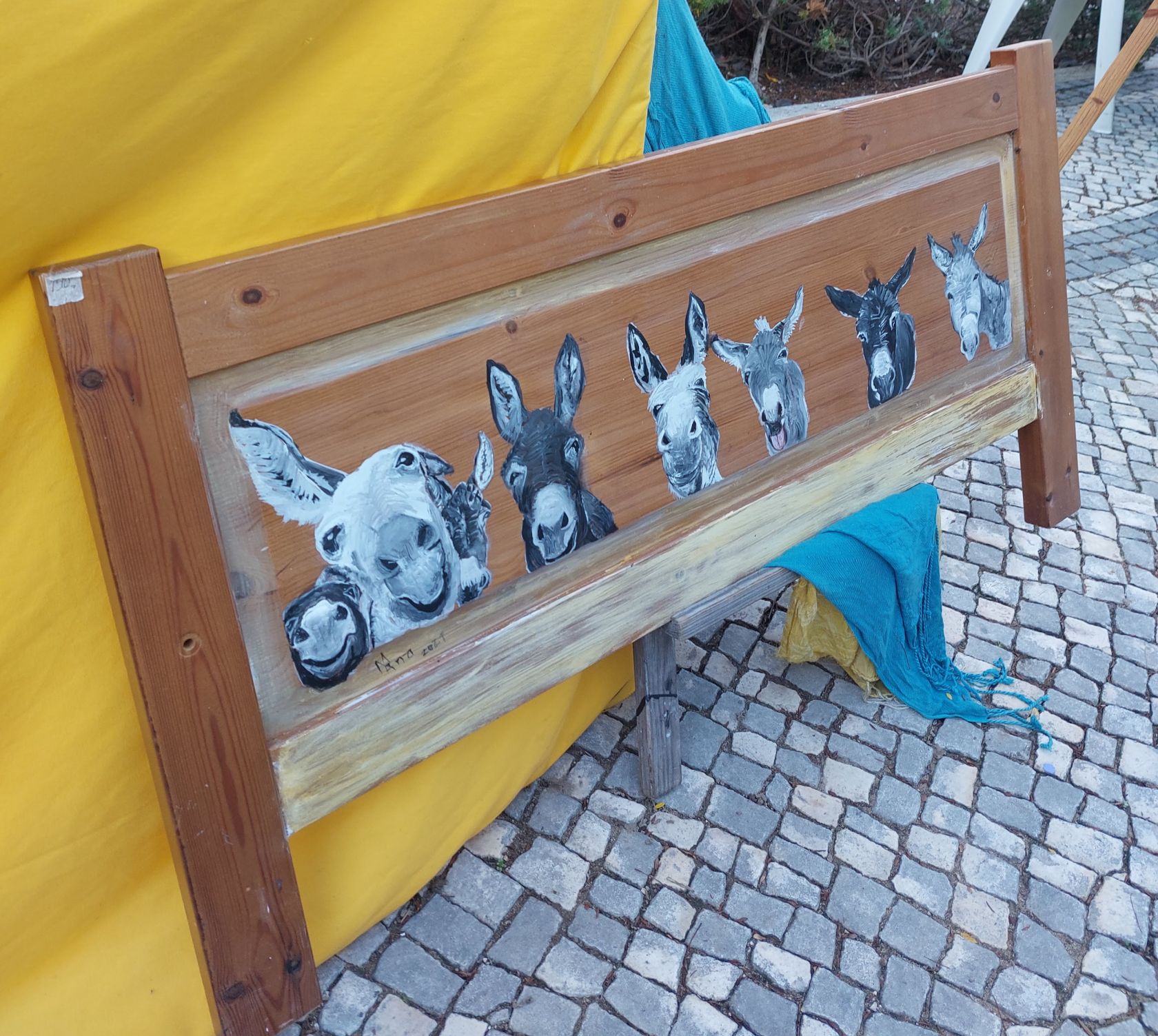 For variety, she also paints lots of other donkeys and is always on the lookout for new models. When she spots one she stops to say “Hay” and asks if she can take pictures for later inspiration. But don’t worry, you can always tell which one of the many donkeys she paints is her Burrogalo - as he has a very distinctive white face.

Ana also looks for inspiration by going for long walks in the Ria Formosa. Here she not only finds ideas on what to paint next - but also the driftwood on which to paint it on.

Ana uses all kinds of bits of wood as the canvas for her lovely artworks and this is a wonderful way of giving a new lease of life to old cupboard doors, for example, or any other bits and pieces she finds (or that are given to her by friends) that would otherwise be chucked away. 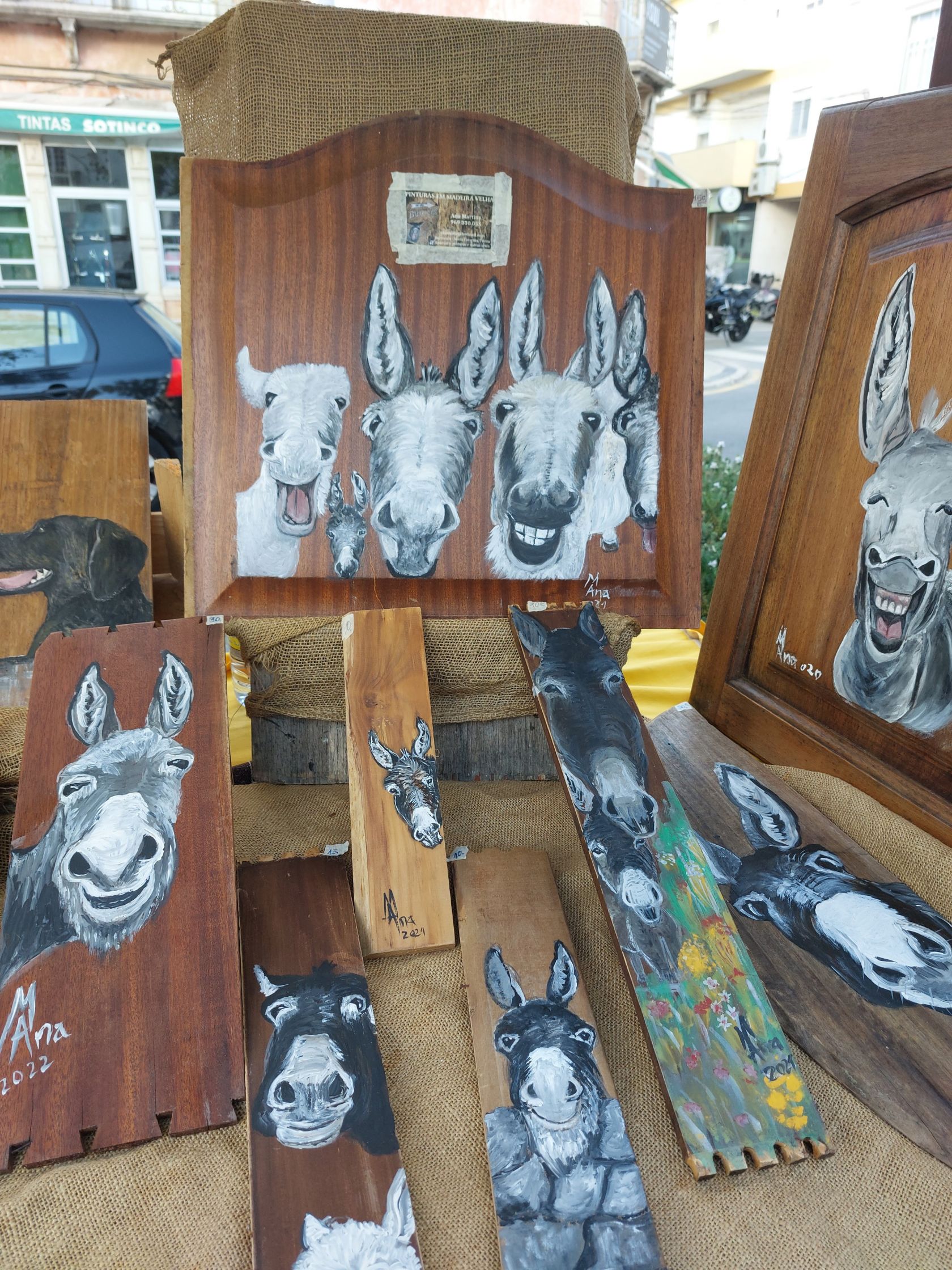 She also paints on T-shirts and, much to mine and I’m sure everybody else who visits her stalls amusement, she paints donkey faces on underwear, as well.

Ana thought it would be a fun idea and started making them for herself but it turns out quite a few other people like them too and have bought a pair of these unusual knickers for themselves. 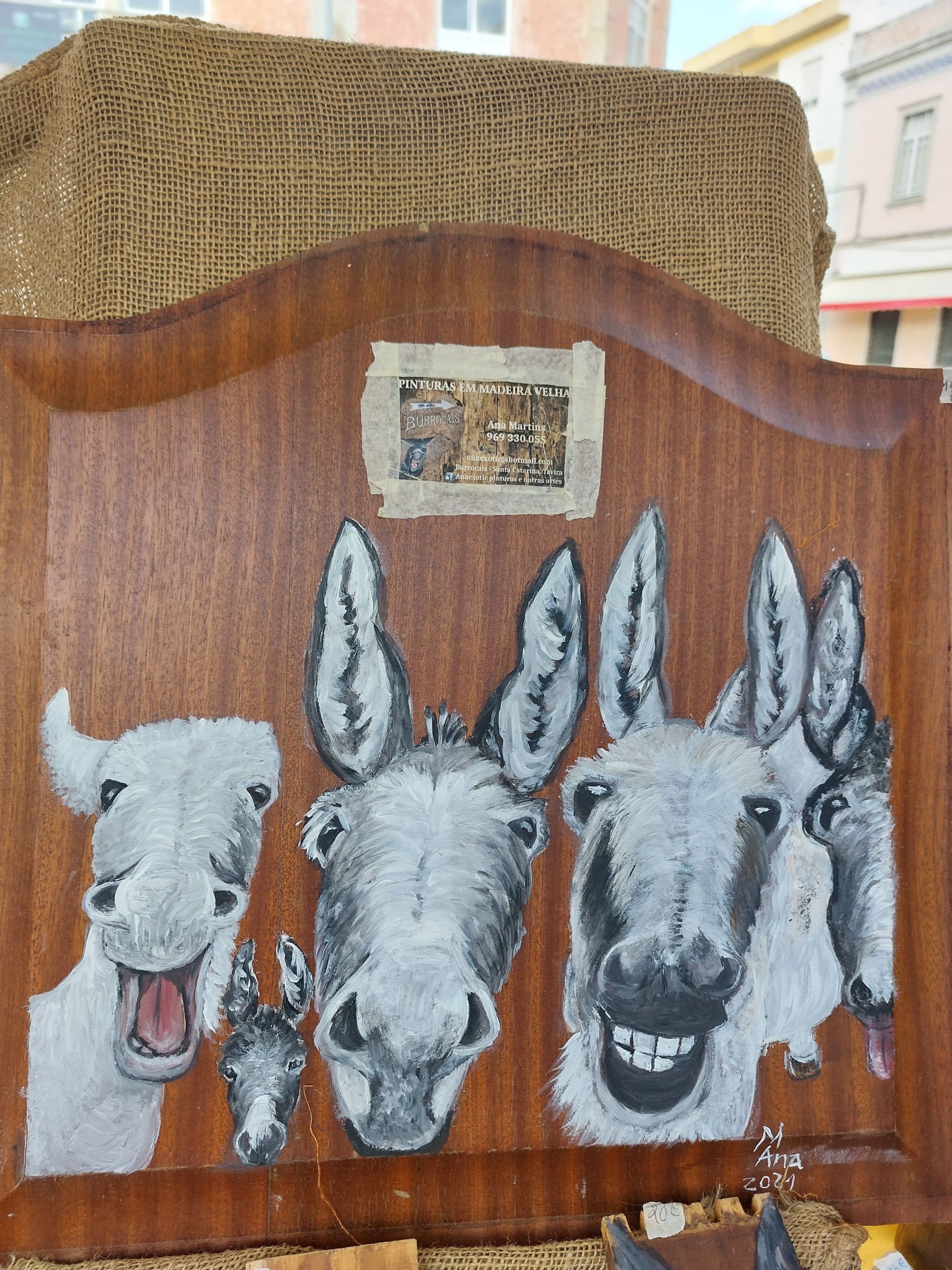 Where to find her?

You can often find Ana at the Loulé craft fairs (it’s where I usually spot her) as well as in Cacela Velha. But she is also to be found (along with all kinds of other interesting characters) at the República 14 in Olhão for the ‘Produtos da Terra - Bio & Local' market they have there every Wednesday morning.