Zoomarine is one of the most visited attractions in the country, but behind the scenes important animal rescue work is being done.

Porto D’Abrigo, is where marine animals that are reported to have washed up on the coast or have some health problems are rehabilitated.

In 1988, the company that owns Zoomarine established itself in Portugal and, according to Élio Vicente, founder of Porto D'Abrigo, after some negotiations with the Portuguese State, in 1991, it was possible to develop a marine animal rehabilitation centre.

Porto D’Abrigo was created after a lack of feedback from the Portuguese State and has the support of Zoomarine, the founder of the rehabilitation centre. However, it soon became clear that they would be doing far more work than they initially anticipated.

Élio Vicente told The Portugal News, the biologists and veterinarians at the centre expected to treat “a dolphin every five years, because that was the statistic we had until then, one or two seals a year, and maybe one or two turtles a year.” However, media attention raised awareness of Porto D'Abrigo, facilitating the contact of the population to the centre when they find an animal in a dangerous situation, increasing the need for a response from Porto D'Abrigo, which began operations in 2002.

Over 20 years, the centre’s founder admits that he feels that the relationship between the Portuguese, entities, and foreigners visiting Portugal with the sea has been growing stronger, so “they end up knowing who to call when they come across a turtle, dolphin, seal, or a tortoise”, which has washed up and needs support.

For the past 20 years, the team's work has been positive, however, success rates cannot be measured, due to the unpredictability of the situations that professionals face. When an animal washes up on shore, this implies that it is already in a weakened state of health. However, some species are easier to treat than others. In the case of dolphins, Élio Vicente says that, when they come to shore, “it is practically impossible to save them, as they are already in a very bad condition.” Hopes grow when it comes to a calf separated from its mother, without health problems, or an animal caught in a fishing net. Regarding dolphins, he appeals to people who, when they find one on the coast, not to touch the animal, as human touch and voice can trigger stress, capable of killing the dolphin.

Animals such as tortoises still arrive at Porto D’Abrigo, often they have been caught and kept in captivity illegally, years after they were captured. 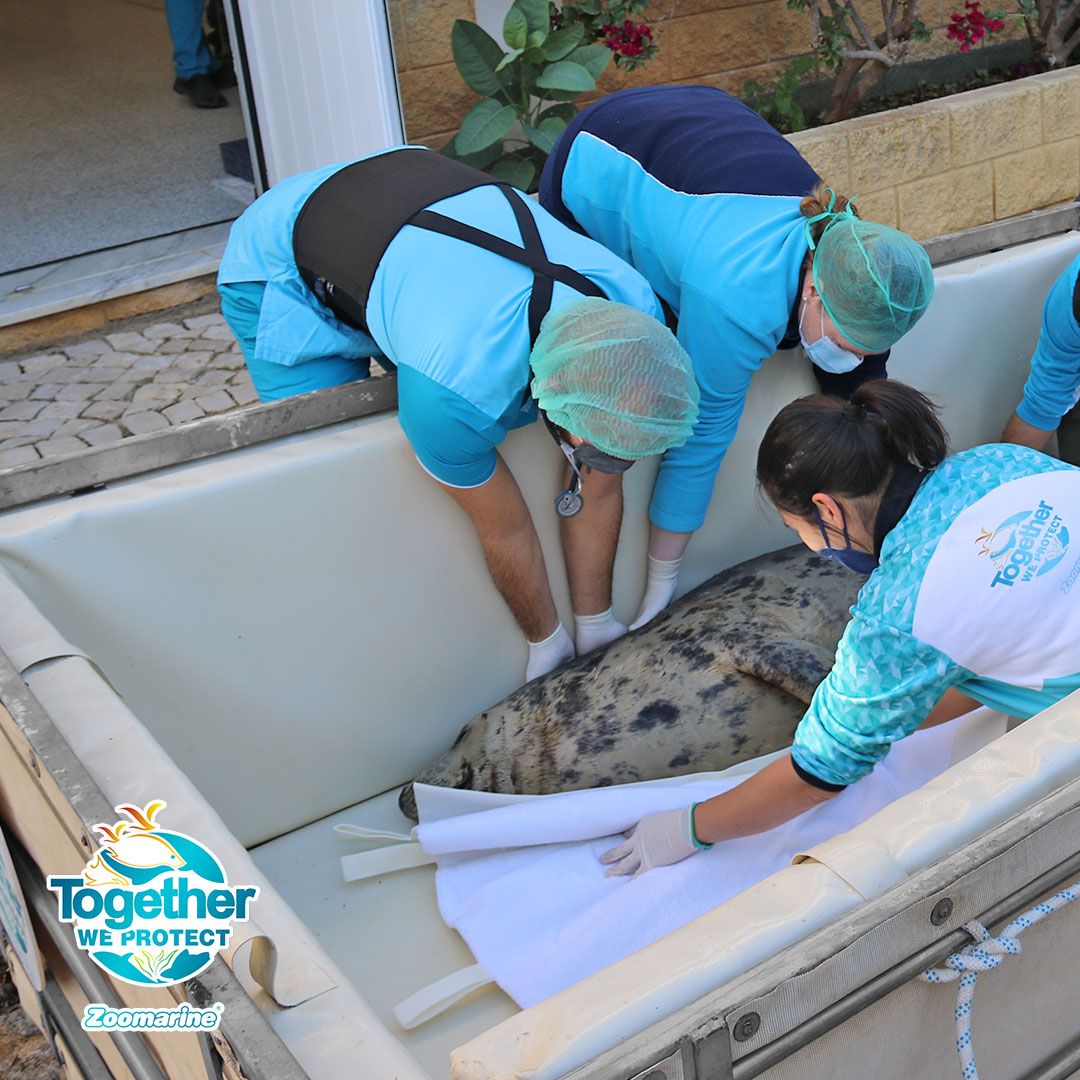 Returning back to nature

After the animals are treated, the goal is to return them to their natural habitat. Élio Vicente assured The Portugal News that no animals are kept for zoological exhibition at Zoomarine after their treatment. However, animals from other regions that, for some reason, are found in Portugal, will return to the region where they find the best conditions to live healthily. Certain cases force the animal to remain in captivity, due to paralysis, for example. In these cases, “the animal is sent to the Portuguese State”, which is responsible for looking for the appropriate place for the marine animal to stay.

Porto D’Abrigo “is a mixed space”, with the need to be multipurpose, as it treats various species of animals. The rehabilitation centre can treat various types of animals. Seven species of dolphins, four turtles, three species of seals, two crappie and even one species of otter. Several infrastructures guarantee the animal welfare of injured animals, with different dimensions and microenvironments. Élio Vicente also adds that it is an isolated space. Some animals may have the presence of a virus or parasite, harmful to human health, which should not be transported to other areas. As such, all professionals have access to bathrooms, so they can take all the necessary hygiene measures, as well as a laundry room to wash clothes that may or may not be contaminated.

During 20 years of animal rehabilitation, there are always more remarkable cases than others. Some for their media coverage and others for their challenge. Élio Vicente remembers the day that Porto D’Abrigo received a leatherback turtle that weighed 296 kilos, which was attached to a fishing line. The process became complicated from the moment of immobilisation of the animal until the treatment process. However, the animal that had to be transported using “a ship with a specific crane”, raised a wave of solidarity.

In Vila Real de Santo António, a fisherman caught jellyfish to feed the turtle, and the Portuguese Institute of the Sea and Atmosphere updated the rehabilitation centre as to the areas where jellyfish could be found, facilitating the capture of food for the animal.

Despite all his efforts and his high responsiveness, Élio Vicente wants more for the centre andhe hopes in five years to be able to have the latest technology at the centre, as well as a zoological ambulance, capable of accelerating the emergency resolution process.

On the Zoomarine website, you can find a leaflet that teaches you how to deal with the different marine animals that can wash up on the coast at https://weprotect.zoomarine.pt/pt/centro-de-reabilitacao/

Parrots – They will bite everything

Have you ever seen this bird?

550 flamingos born for the first time in the Algarve

Natural naturists in the garden?

Planting trees in the name of the king

Another creature about to go the way of the Dodo

Would you like to be a fly on the wall in a nesting box?

A Rocha - taking care of the bright and beautiful

Have you seen this bird in Portugal?