Sometimes their appearance makes it obvious!

Latin names are hard to remember for plants – and sometimes even harder to say, so it’s no wonder they get a ‘common’ name – and on occasions are named for their likeness to things we more easily recognise.

Lobster Bush is the common name for Coleus neochilus, but is also called fly bush, mosquito bush or Poor Man’s Lavender, and is an aromatic ground cover succulent, with small purple flowers that – to me - resemble lavender more than lobsters. Drought tolerant, it is said that this plant can repel snakes, mosquitoes, flies and most garden pests as a result of its smell, which isn’t particularly fragrant! It’s also called Smelly Spur Plant, which I think is a perfect description.

Shrimp Plant is the common name of Justicia brandegeeana, pale pink in colour, named for its flower bracts which resemble shrimp, and fortunately it has no smell, shrimp or otherwise! It’s a tropical evergreen shrub native to Mexico that grows well here too in shady spots and is popular elsewhere as an indoor plant. Rarely growing more than 1m high, its care should include frequent trimming to encourage fuller growth and more bloom. Once the first bracts appear, a shrimp plant will bloom for months and then will rest before blooming again. The best time to trim and prune is when flowering begins to slow. 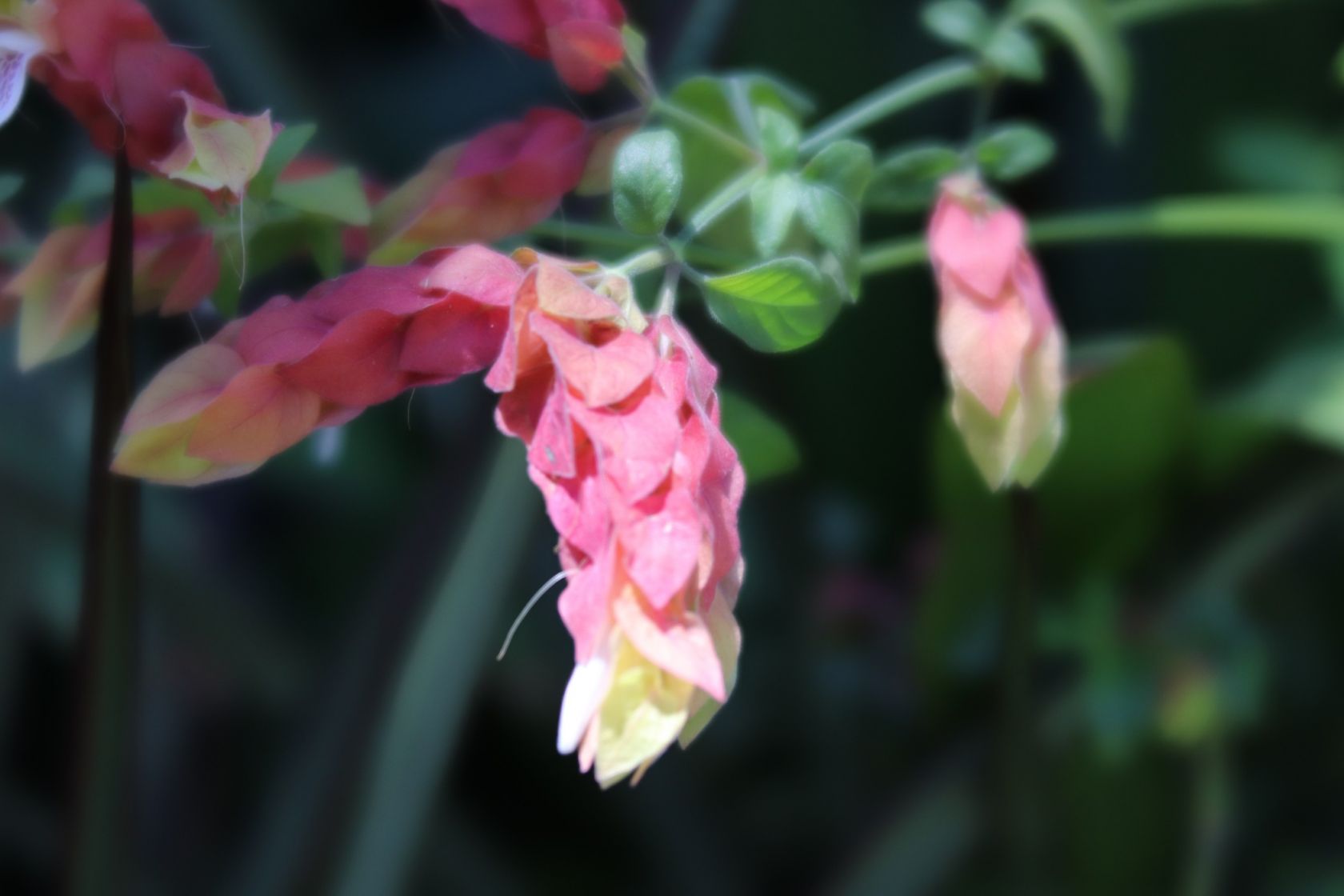 Goldfish Plants, Latin name Columna Nematanthus, are native to Southern Mexico, Brazil, and Costa Rica, and come in over 25 different varieties. They derive their common name from the unusual shape of their long, tubular orange or orange-red flowers, which - with some imagination - resemble fish. These are houseplants and are drought resistant and easy to care for.

Spider Plant, Latin name Chlorophytum comosum, are a perfect space filler indoors as they are easy to grow and care for. Sometimes known as ‘airplane plant,’ ‘ribbon plant,’ and ‘spider ivy’, they come in different varieties of colour. They will grow outside if they are kept out of direct sunlight but really look their best left in a hanging basket. Cuttings are so easy as they shoot out ‘spiderlings’ which can be snipped off and planted easily or will grow in a pot of soil next to the mother plant and can be separated once they have rooted. Prone to tip burn, which can be caused by dry soil, low humidity, or the chemicals in tap water. Browned tips can just be snipped off.

Catnip is a perennial herb from the mint family labiatae. It is the nepetalcataria variety that cats are drawn to and is an essential oil which alters the behaviour of domestic and other cat species. It can cause sniffing, chewing, licking, head shaking, followed by chin, cheek, and body rolling or rubbing. Additional responses may include stretching, drooling, jumping, licking, aggression, and hyperactivity. The so called ‘high’ will usually last between five and ten minutes. and isn’t harmful, they won’t overdose and will refuse it once they have had enough!

Cobra Lily stems from the resemblance of its tubular leaves to a rearing cobra, complete with a forked leaf – ranging from yellow to purplish-green – that resemble fangs or a serpent's tongue. The plant was discovered in 1841 by the botanist William D. Brackenridge at Mount Shasta, California. Cobra lily plants require warm climates, full sun, and consistently wet and bog-like conditions in order to grow, and this can be difficult to replicate in a home garden. As such, these plants are considered to be difficult to cultivate, particularly outside of their native area.

White Egret Orchid – In my opinion, this is the most beautiful plant here, with stunning flowers resembling a snowy egret in flight. Pecteilis radiata (syn. Habenaria radiata) is a species of orchid found in China, Japan, Korea and Russia. It is commonly known as the white egret flower or sagisō - they are exotic and rare, and growing these flowers requires a lot of care and patience. These orchids are characterised by their long, slender stems with long vines that grow from a central crown of leaves. Though they’re not as popular as other flora, they’re still worth checking out! 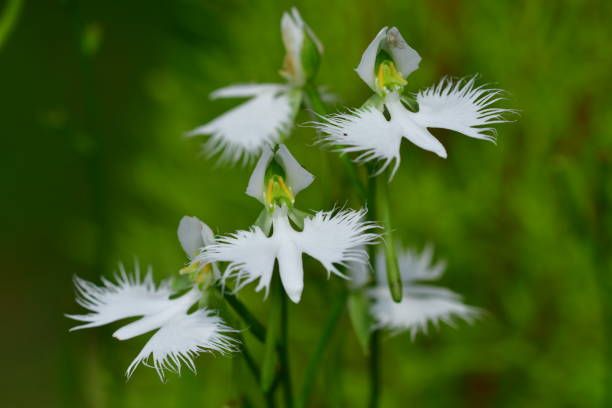 An Apple, a Cat and a Wish

An Apple, a Cat and a Wish

Why are my plants not blooming?

Here’s how to pick the best containers

By PA/TPN, In Home & Garden

Flowers for the heat

Sale of alcohol to minors doubles

By TPN/Lusa, In News, Portugal, Education

By PA/TPN, In Community, Lisbon

Generous donation from The Basement band