HomeHome & GardenSpiders in the garden?

To be honest, I am a little freaked out by spiders, and they have a bad reputation, but sometimes they might actually be friends for your garden.

At this time of year their presence becomes more obvious, with the morning moisture glistening on their webs, which they can throw up overnight in no time at all.

Don’t be too quick to break out the insecticides for spiders - here’s what you should know about them.

Female spiders are the ones that build them, and they can also re-build them by eating the silk then ‘recycling’ it to make new webs. Their most important use is to trap insects for food, but they may be utilized for a ‘flying leap’, to help move spiders from one place to another. Webs can protect the entrances of their dwellings, and they encase their eggs in them.

Ones to look out for

Portugal is home to more than an amazing 800 species of spiders, and you might come across some hunters, such as crab spiders or jumping spiders – these prefer to live in burrows under mulch or debris rather than spinning webs to catch their prey, and they spend most of their time on the ground, where they will attack and eat the pests that crawl on the soil. Crab spiders prefer to hunt at night, but jumping spiders hunt in the daylight hours, flying through your garden without creating a single web.

But beware - some spiders are dangerous. The brown recluse spider is the most common harmful spider that you are likely to encounter in Portugal, and are known to cause necrosis, so you would be wise to avoid the areas where they live - in debris and woodpiles, with hundreds or even thousands living in a single area. You are unlikely to encounter a black widow here, it’s more likely to be a noble false widow. Just in case, though, it's worth leaving these spiders well alone!

Garden spiders should be encouraged!

There are many reasons why it’s beneficial to have them in your garden, even if they do give you the heebie-jeebies. Spiders love to eat, and despite their reputation, they typically have no desire to bother you or even come into contact with you - they prefer to spend their days lounging in your garden eating insects and won’t be problematic by eating all your veggie crops or flowers you spent all summer growing.

Arachnids are voracious eaters who will eat as many insects as they can and will trap and eat whatever comes their way, with many of their favourite meals being most likely the very pests who ARE eating your crops - spider mites, aphids, wasps, caterpillars, and even mosquitos. They will even trap, wrap and save insects for later consumption. 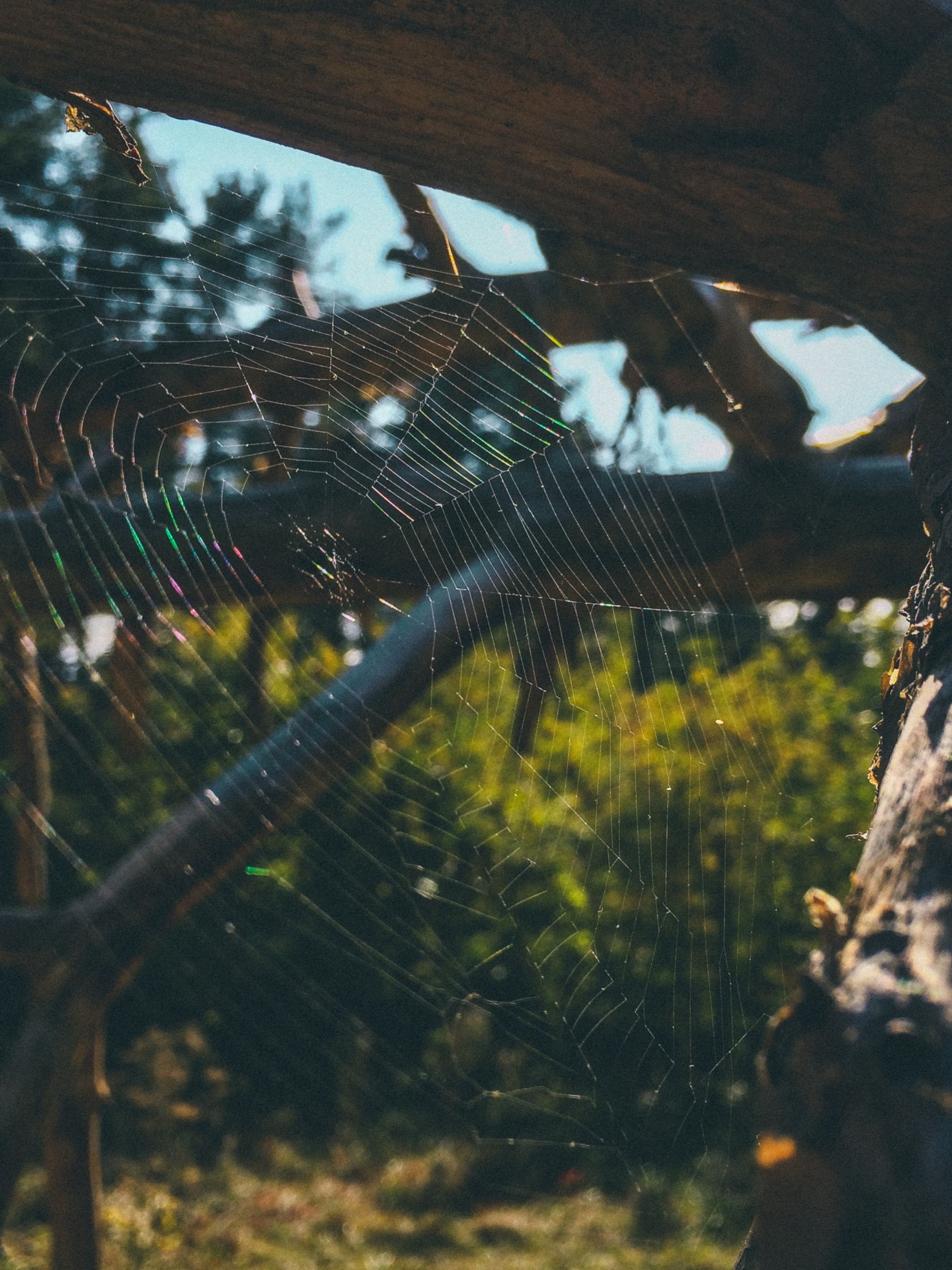 There is one downfall to their appetite – they aren’t picky and will eat even the beneficial insects that might be in your garden, and it’s not uncommon to find bees and other friendly insects trapped inside a spider web.

Decrease your need for pesticides

With your friendly garden spiders spending all their time eating pests, it means you can decrease or stop using pesticides. Organic gardeners can appreciate spiders for this very reason, especially if you’re growing food for your family. When you see spiders in your garden, it means you need to use fewer chemicals.

Spiders overwinter in your garden, which is one reason that you should leave your fallen debris instead of removing it all. You don’t see them in the spring, but they emerge right when you need them in the autumn. Spiders appear when the other pests become more active - when your plants are larger, typically in full bloom, then along come the spiders, ready to eat and devour them all.

Despite your dislike or apprehension of spiders, finding spiders in your garden is a good thing. It’s a sign that your garden is a busy, happening place to be, and the spiders are there to take care of the multitude of insects that want to call this place you love home. Live and let live - let them do their job!

Does your dog stink?

What’s happened to my lawn?

Ever fancied a ferret?