The American Invasion of Portugal

Almost 250 years later there is a similar cry that can be heard across the pond in Portugal – “The Americans are coming, The Americans are coming!” The statistics prove this beyond a doubt and according to the Service of Foreign Immigration (SEF), in the first quarter of 2022 US investment more than tripled compared to the same period in 2021. With an estimated investment of 25.1M euros in the first three months of 2022, the U.S.A. is now the number one country investing in Portugal.

Being myself American, my radar is up and everywhere I go I hear American accents (and maybe Canadian too but, full disclosure, I can´t tell the difference). There are numerous Facebook groups dedicated to American relocation, Meetup groups that help integrate Americans once they arrive, and American clubs that cater to the Portugal American community.

Expats are welcomed with open arms by both the Portuguese and the international community that has settled in this country. It is one of the easiest places to meet new people and start new lives and, with a population a quarter the size of California´s, getting around is quite easy.

With 850 kilometers of coast lined with stunning rock formation, and magnificent pristine beaches, Portugal is often compared to sunny California. They say that statistically this country has an average of 300 days of sunny weather but that all depends on where you are. 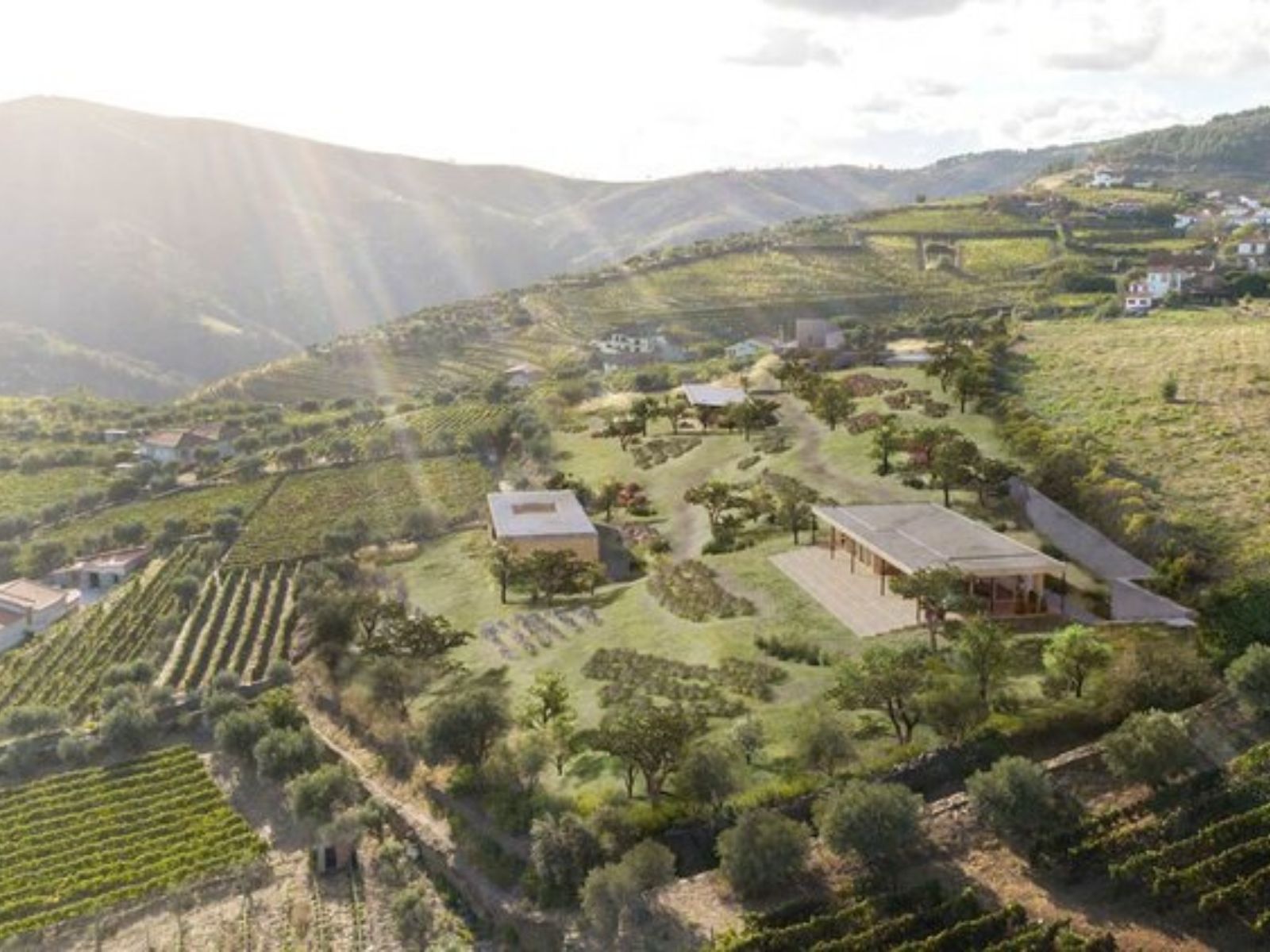 The city of Porto in the north not only has its own Golden Gate Bridge, but has the colder, more-cloudy, climate so common to San Francisco. Only a short distance from Porto is the Douro Valley, Portugal´s answer to Napa and probably one of the best kept secrets of the country. Breathtaking views and endless miles of vineyards growing on the steep banks of the Douro River make this one of my favorite places to visit. Award winning wines and exquisite cuisine, much of which is farm to table, can be found at restaurants and wineries throughout the region.

The further south you go the warmer it gets, and the surfers and their entourage love hanging out in Ericeira or Nazare, home to world record-breaking waves and full of ex-pats and digital nomads. Both of these cities have a very cool and relaxed village vibe and are only an hour to an hour and a half from Lisbon.

Arriving in the capital city, you discover a vibrant and exciting cultural environment that is attracting global attention as a result of massive private and government investments in tech, urban planning, and tourism. Ranked by iVisa as the happiest city in the world in 2022, and 3rd place in Expat City ranking of best cities in the world for foreigners to live and work, Lisbon is now one of the hottest relocation destinations in Europe. 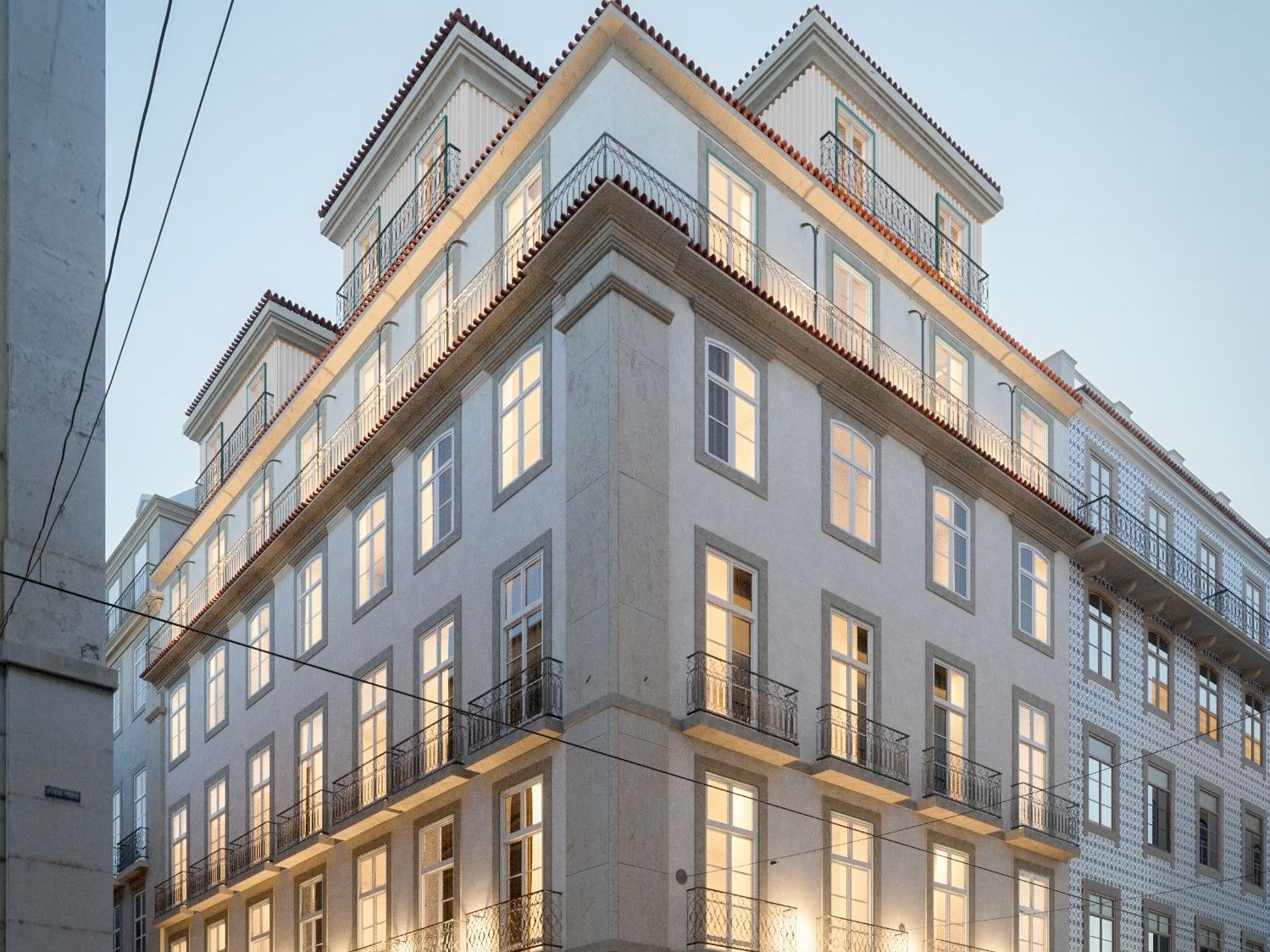 The Romans and then the Moors occupied Portugal during the first millennium and their influence can be seen throughout the city. This rich background is perfect for Americans looking for a cosmopolitan lifestyle amid European history. The river Tagus is an integral part of life in this vibrant city and the warehouse district nightclubs, Time Out restaurants, and LX Factory depo, are mandatory stops for those looking for a party atmosphere.

Only fifteen kilometers from Lisbon are the villages of Cascais and Estoril, known as hangouts during WWII for both German and British spies. Ian Fleming was inspired by the mystery and beauty of this region but few know that the real 007 was Dusko Popov, a Serbian double agent who worked for both the British secret service MI6 and the Nazi Abwehr intelligence, and was a close friend of the author´s. Fleming´s first novel, Casino Royal, was based on his experience at the Casino and Hotel Palacio Estoril and depicts the sophisticated charm of this area that remains a part of the Cascais culture to this day. The seven-kilometer boardwalk that runs along the beaches are lined with restaurants and bars and are a great place for sports or to just hang out and enjoy the spectacular sunsets. 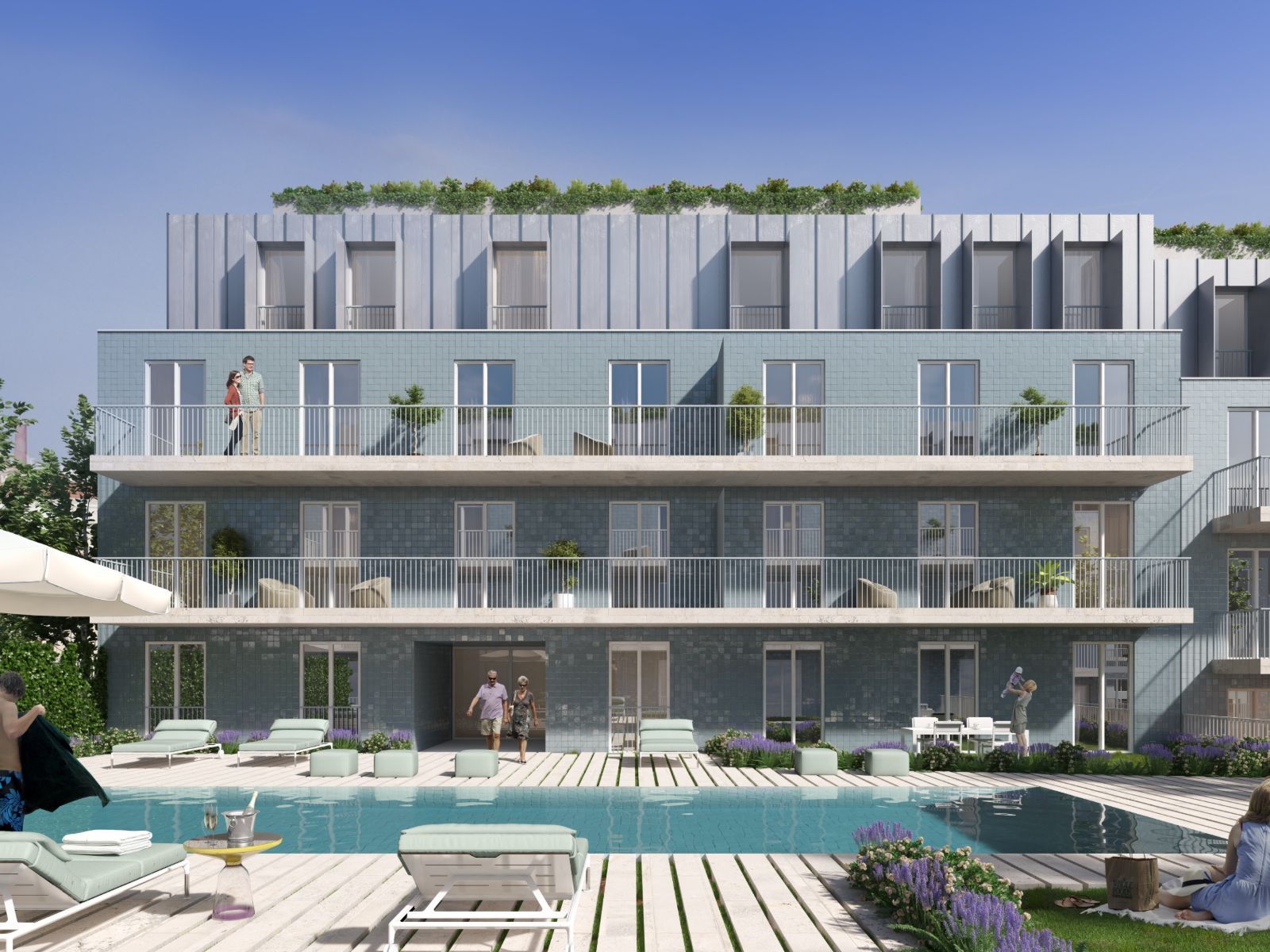 As you travel further south the beaches just keep getting better and better. Comporta is the new Palm Springs but with a very charming Portuguese twist. Developed around mega multi -million-euro projects by the likes of Discovery Land Company and Vanguard Properties, this new eco playground for the uber rich is attracting international buyers who are being seduced by the beautiful surroundings, and foreigner-friendly vibe. This region is becoming a celebrity hideaway favourite for the likes of Christian Louboutin, Philippe Starck, George Clooney, Jeff Bezos, Christiano Ronaldo, and other well-known trend setters.

The Algarve, about 170 kilometers from Lisbon, is Portugal’s southernmost region, and is known for its magnificent Atlantic beaches , jaw dropping Benagil cliffs, and award-winning golf resorts. Fishing villages on cliffs overlooking sandy coves were transformed in the 1960s, and are now lined with villas, hotels, bars and restaurants. The Algarve's sunny shores are great for all types, from those seeking the hot nightlife of flashy Lagos to those desiring secluded stays in Sagres. The fabulous beaches, thermal springs, and miles of limestone caves and grottoes, with spectacular cliffs and bays along its coastline, make Algarve one of Portugal´s most sought-after locations. 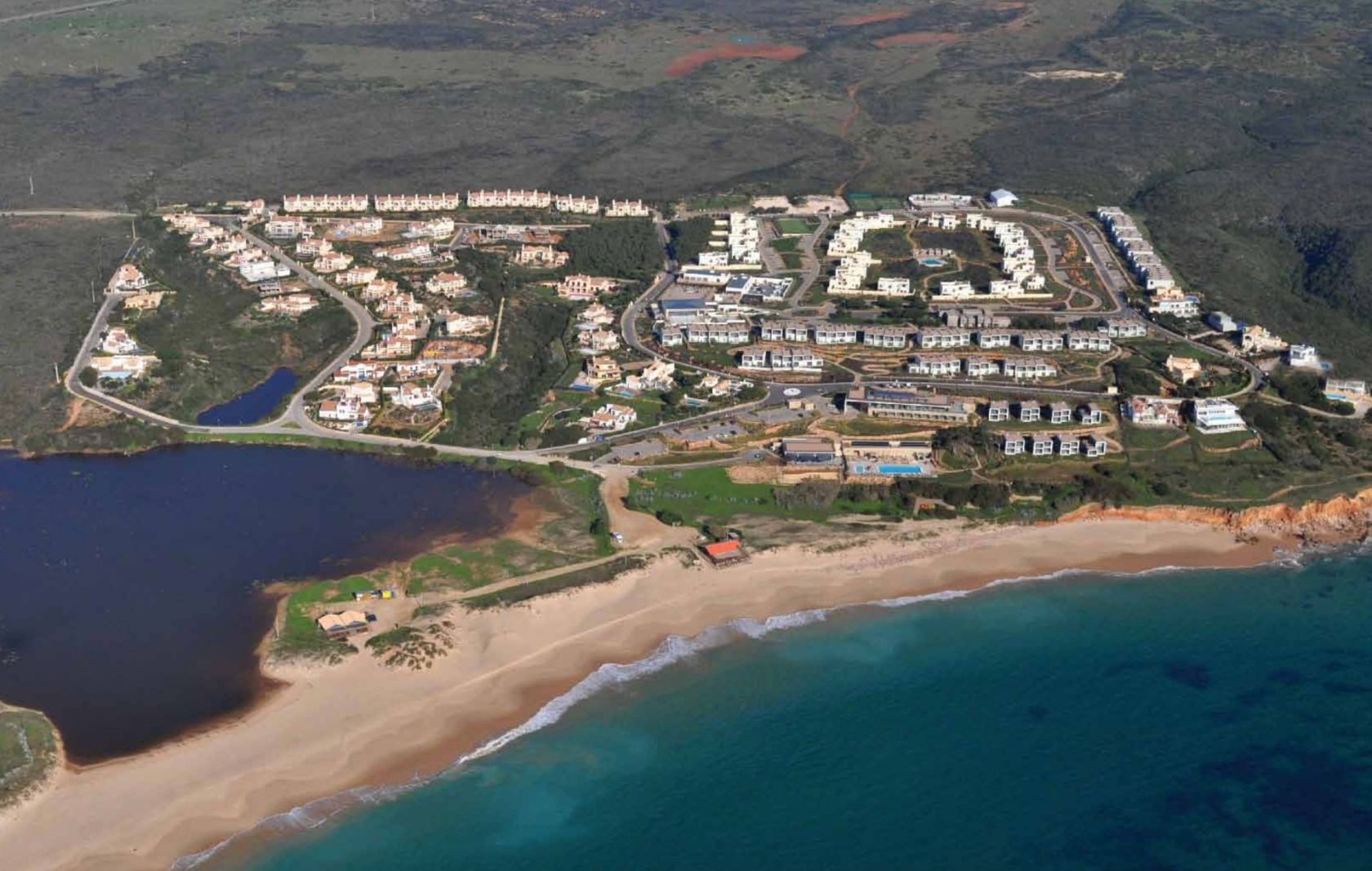 There is so much more to see and do in this country. I have only touched on a few of the coastal highlights and mentioned nothing about the interior or Spanish border regions. All of these places, north to south, are less than 6 hours from one another. It´s a small country and easy to get around in a place that is only a quarter the size of California. The 10-year tax benefit program is spurring growth faster than a California summer wildfire and tourism and the Real Estate market are booming. Considering a move? We at the Brightman Group are here to help. Give us a call to discover more on Why Portugal:

You don't even know our history. This is horrible, my country is becoming beyond unrecognizable. History will repeat itself, though.

Golden Gate bridge in Porto? C'mon. Do your research! Flufffffff......

Unfortunately a misinformed article, factually incorrect, full of generalisations and throw away lines.

Your wright. !!!!. Why should we have to put up with type of people who no nothing of Portugal and think they are better than anyone else. Shameful !!!!!!

You guys have to chill. This is what someone from outside Portugal sees and compares it to. Portugal is rich on history with almost a 900 years of it. Now you did forget to mention the islands. The archipelagos of Madeira and Azores, which are Often compared to the atlantic Hawaii. In the Azores, the American airforce even had a base there, on the island os terceira, for longo years. So its an island very used to the American life style. Do come and enjoy your Stay, aside from what the other coments, we're actually nice people.

Golden Gate in Porto, are you mad? Our Golden Gate lookalike is in Lisbon, as everyone with two braincells knows. The very least you could do, when allowing ads to be published as articles, would be to factually check the stuff

What a load of misinformed rubbish! If you're calling Nazare a 'city' then I don't really think you can get away with calling Cascais and Estoril 'villages'... As for Porto having its own Golden Gate bridge... clearly this real estate idiot has never set foot in the country but has seen a few postcard views of Lisboa and confused the bridges... Cliff-top fishing villages in the Algarve? Um, nope.
I've noticed a big surge of interest in settling in Portugal from Americans online but don't think it's restricted to Portugal. I really hope this isn't the start of a trend that will only see prices rise for locals, and globalise what is a unique and special culture.

It breaks my heart. Saudades patrimonio. I'm both American and Portuguese.
As a boy, I Used to carry jugs of water home from the village fountain uphill after a day at the beach in Ericeira. Now Mcdonalds will charge you for a cup. So sad.

I'm happy for foreign direct investment, but the Americans can keep their nihilistic woke culture.

We must get our guns oiled & ready if the yanks are coming!!!!!.

Rent on the up again

Fewer properties on the market

Where are house prices soaring?

Most houses in Portugal have more than 100 m2

The American Invasion of Portugal