The Etruscans, later known as Italians, were the first, around 7th Century BC, to have adorned their heads with beautiful ornately interwoven circlets, known as diadems.

The golden wreath, modelled for a Bulgarian Odrysian Aristocrat was found in his burial site in 4 BC. Later, the Greeks praising their valedictory Olympiad heroes, placing wreathes on their proud heads.

This timeless, headwear, represented, power and victory. Fashion dictated, that their favourite ‘darlings’ would wear gems entwined with laurel leaves, as did the Emperor Julius Caesar. Post-Brutus shaped with knife blades. Some horseshoe-shaped, others circular. Ill-fitting wreathes, falling around the champion's shoulders. The bloodied head of Jesus, bowed with the piercing weight of the cruel, mocking, Roman’s cynical crown of thorns. 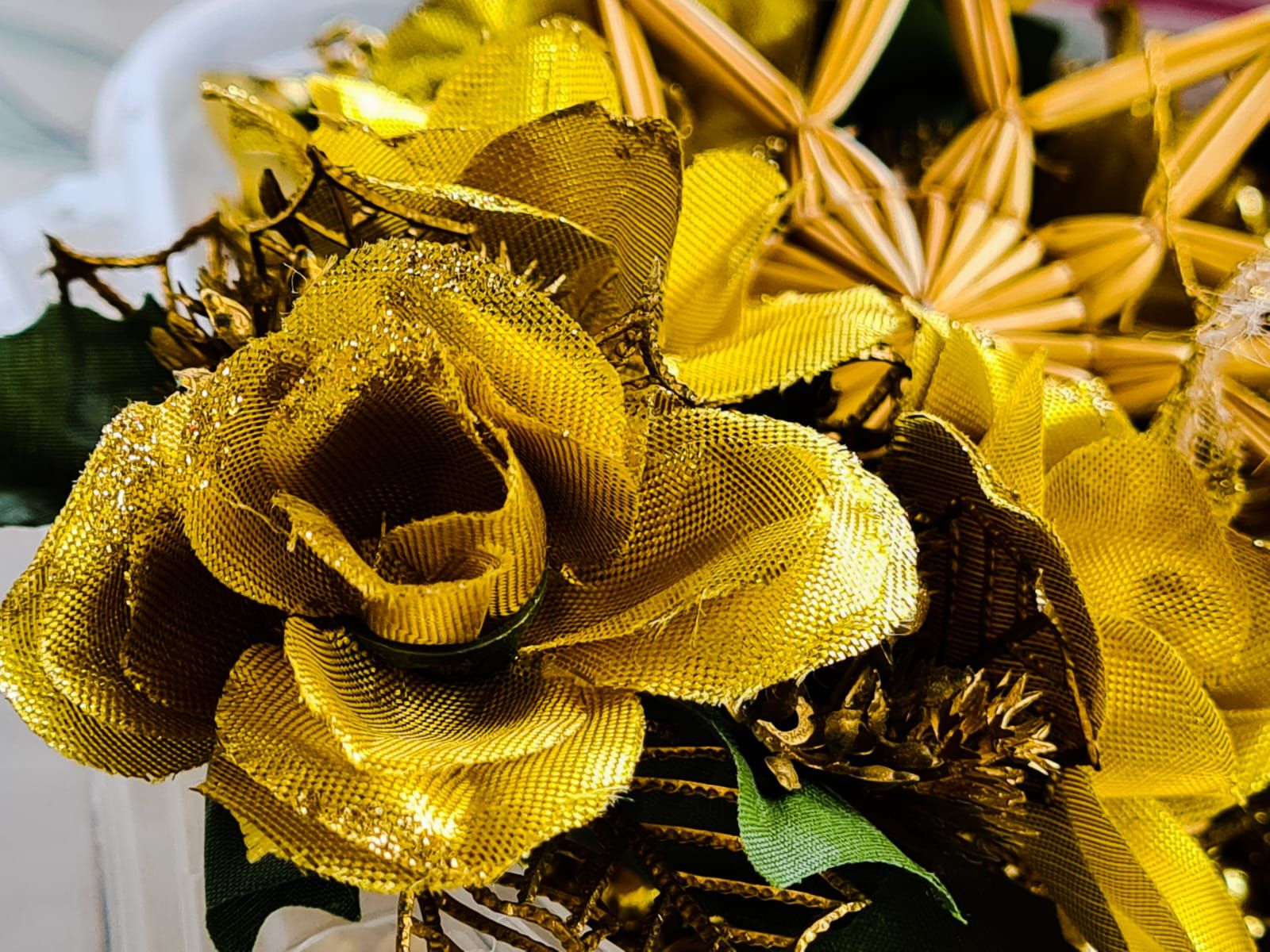 By the second century BC, the garlanded wreath was adopted by the British Isles, through the Irish-Anglo Gaelic influence of the Druids, or ‘doire’, meaning oak tree. Wreathes were synonymous with funerals and weddings. Symbolic for healing. Spiritual and magical powers, representing eternity. Adapting and adopting them in modern times along with garlanded Christmas trees.

Paul and Pasi, florists of renown in Madrid and London, made a visit to their friend Anita’s house in the Algarve. In an act of inspired impulse, she asked if it were possible, to have a ‘Wreathing’ party. Her two florist friends, considered this as an amazing challenge. Teaching virtual novices how to apply the technical art of twisting, turning and forming a perfect circle with whatever lay to hand, is indeed an artistic feat. Summoning her band of merry friends, luckily choosing a beautiful sunny day to set about their task. First an explanation, demonstration, then ‘ hands-on’. Anita says “the result was phenomenal. We managed 15 in total. Made from the trees and shrubs around us. We had boxes of Christmassy things. Some of them really reflect the season, here on the Algarve".

After all, The Algarve is supposedly taken from the Moorish ‘Al Garbe’ meaning the garden. Most modern wreathes can last a lifetime, but like a natural, potted Christmas tree, a freshly made wreath will wilt and fade. But the memory will of course linger, a lot longer. Popping along to the current Anno Domini, Anita along with her APAA friends will be selling the wreathes at their ‘Pop-Ups’. 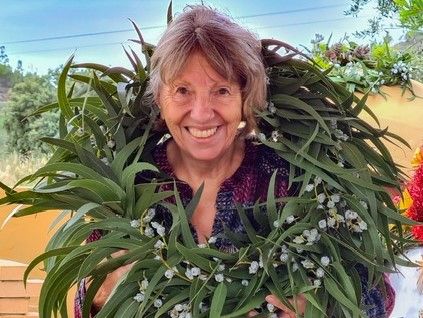 ‘Far from the madding crowd’

What foreigner property buyers looking for?

“Everyone is talking about Portugal”

It’s never too late to find love in Ireland