Painting the world a better place - one electricity box, wall and bus stop at a time.

I’ve noticed while driving around Monchique that a lot of the bus stops are painted in the most colourful, wonderful ways. And, when I recently decided to take a closer look at some of the painted electricity boxes that I have spotted in all sorts of places over the years, I realised that many of these imaginative artworks were signed by the same person: “Meire Gomes”.

Just who is this prolific artist that seems to be slowly but surely adding a touch of joy to everyday objects around the Algarve? I thought it was about time I found out...

Up into the hills

Meire very kindly invited me to come and visit her atelier located in the centre of Monchique. On route, I was pleased to get a better look at the bus stops which seemed to feature anything from local wildflowers and apple trees to hovering hawks and even the Caldas de Monchique. 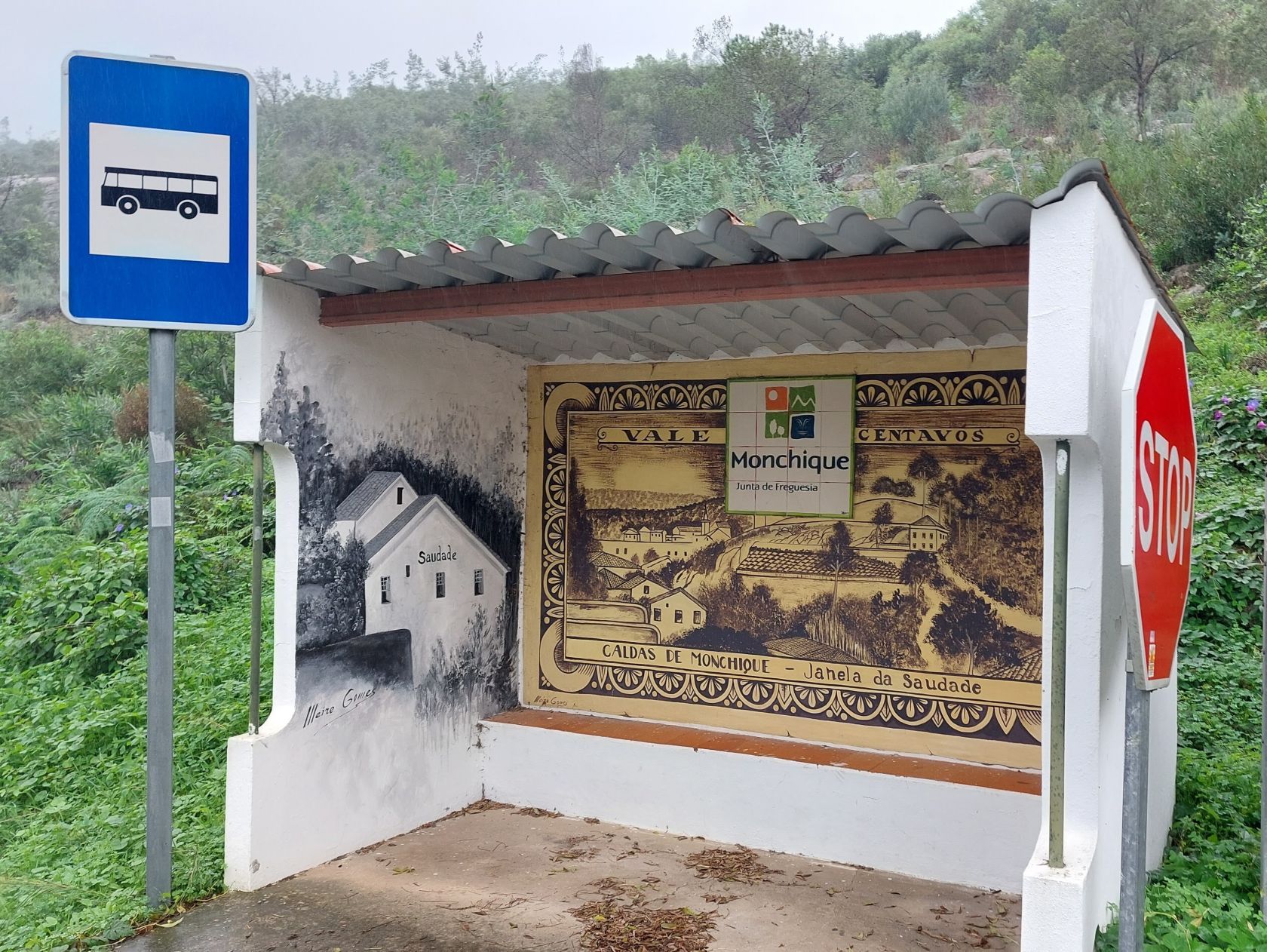 It felt a little like I was following a trail of colourful breadcrumbs up the mountain to Meire’s door. And indeed, as I walked up the road past the local school and was just thinking I must be getting close, I came face to face with a huge mural on the side of a house. There was an old lady in one window, a cat in the other and somebody knocking on the door. This, I later found out, the council had asked Meire to paint as a homage to this sweet lady who sold bifanas and sardines outside of her window and who is fondly remembered by the town's residents that were children at the time.

Meire welcomed me into her atelier. The room was filled with all sorts of bright and beautiful artworks but not, it turns out, by the artist herself. You see, Meire is an art teacher and most of the work was done by her students. Some of which, I found it hard to believe, were children as young as six.

Meire comes from a little town called Floresta Azul in Bahia, Brazil. She was adopted and even though her early experiences around art weren’t very positive she was always a creative and free spirit. She fell in love and got married at just 15 years old and she told me it was only when she separated from her husband when she was 26, and suddenly had to find a way to support her 3 children on her own, that her creative life truly began. 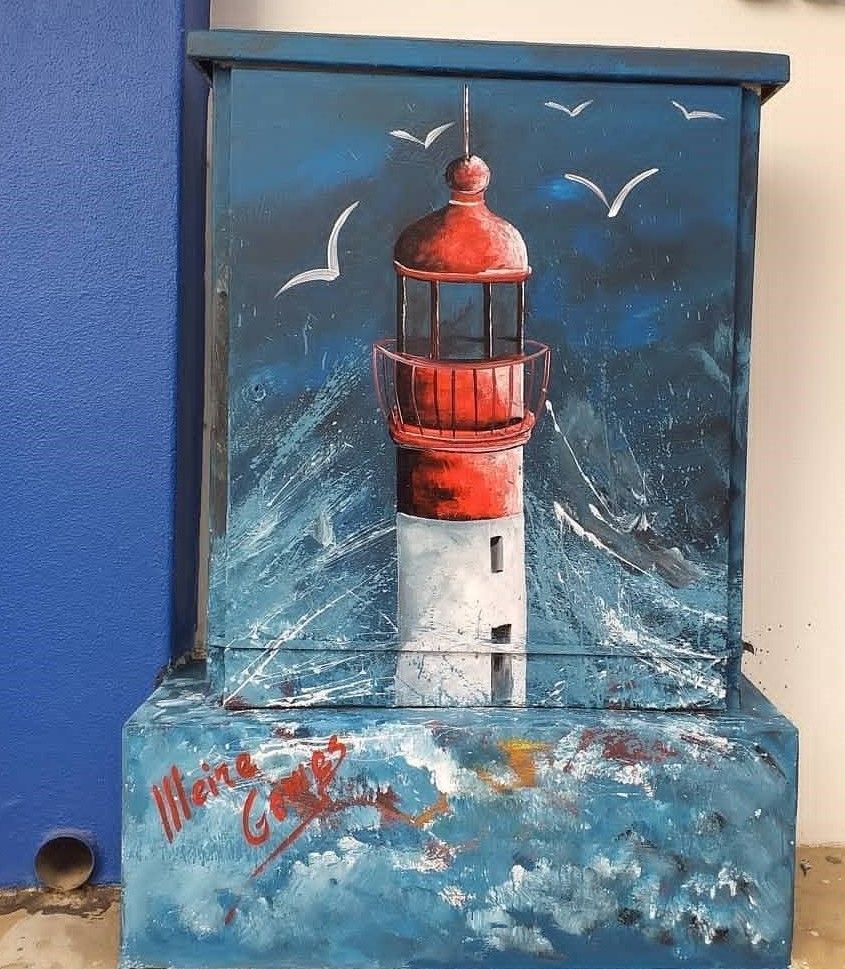 In order to be able to pay for their schooling she struck a deal to be the art teacher at the school and in addition to decorating all the books, maps and whatever else needed painting, she very much enjoyed teaching the children what little she knew.

In 1999, her financial situation made her decide to come to Portugal. She moved to Albufeira where she worked in cafes, restaurants and kitchens - sending any extra money she could back to Brazil to help her kids through university. With the help of an art pallet she brought with her on the plane (and that she still uses to this day), she would paint on her days off and, putting her fresh artwork under her arm, went around town cheerfully asking people if they wanted to buy them.

She eventually got a job in animation in a hotel which allowed her to once again indulge her two passions: working with children and being arty. She would create murals for the hotel and, from what I understood, things just snowballed from there and after only 3 years of moving to Portugal, she’s been working for herself in some sort of artistic capacity ever since. 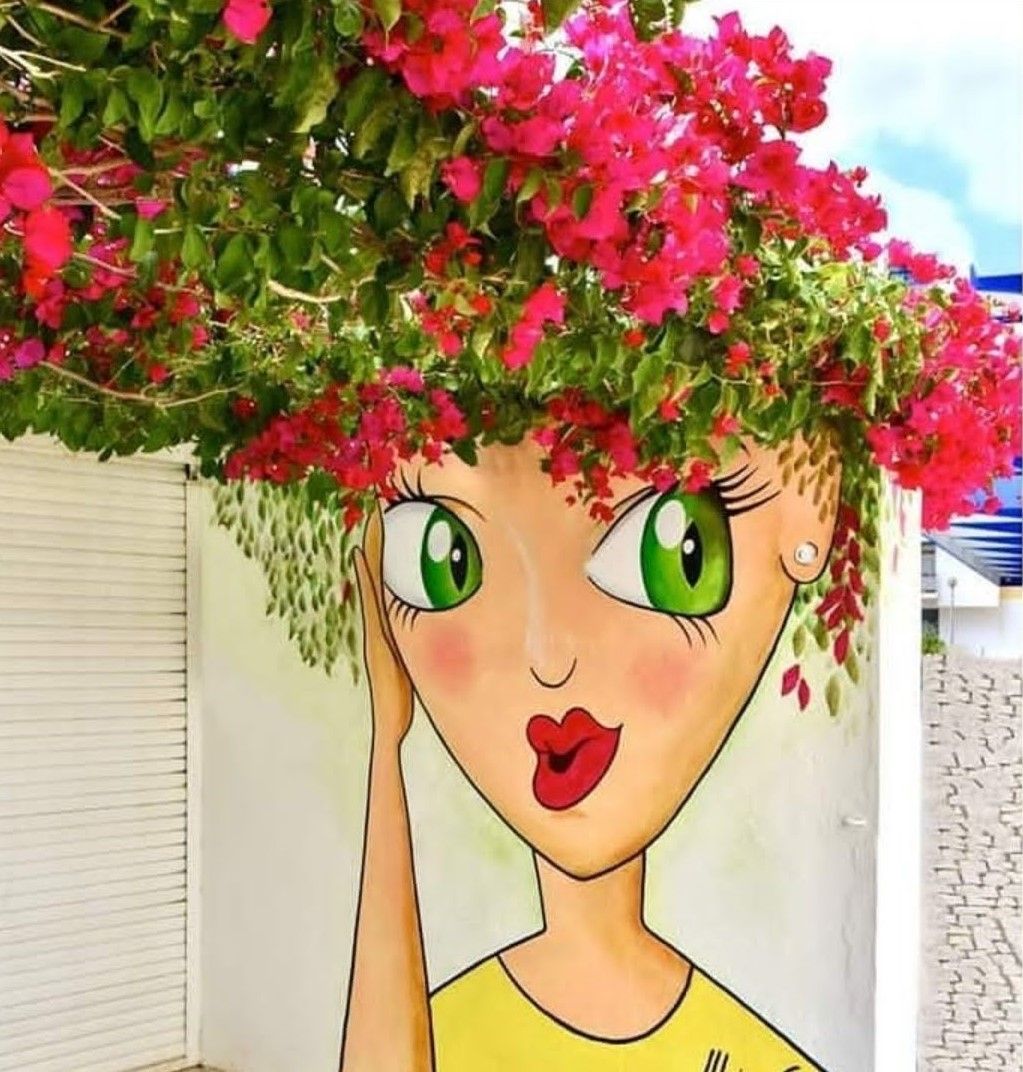 It was only when I sat down with Meire and she showed me pictures of her work that I realised just how much she’s done. Indeed, it's even difficult for her to keep track.

She painted the wildbird stage at Zoomarine. Silves and Ferragudo are hotspots for her work. She’s painted over 50 golf-themed electricity boxes for the Pestana Golf & Resort in Lagoa and she even showed me a woman's face with a bougainvillaea bush for hair in Armação de Pêra.

Meire likes to decorate around where she lives and now that she’s moved up to Monchique she’s not only made waiting at bus stops more interesting but nearby Alferce apparently has some great big murals, as well.

Before I left, two little girls arrived and set about working on their Frida Kahlo’s. Meire greatly admires the Mexican artist and she says that in the upcoming exhibition for her students she plans to dress everybody who wishes up as Frida - unibrow and all. 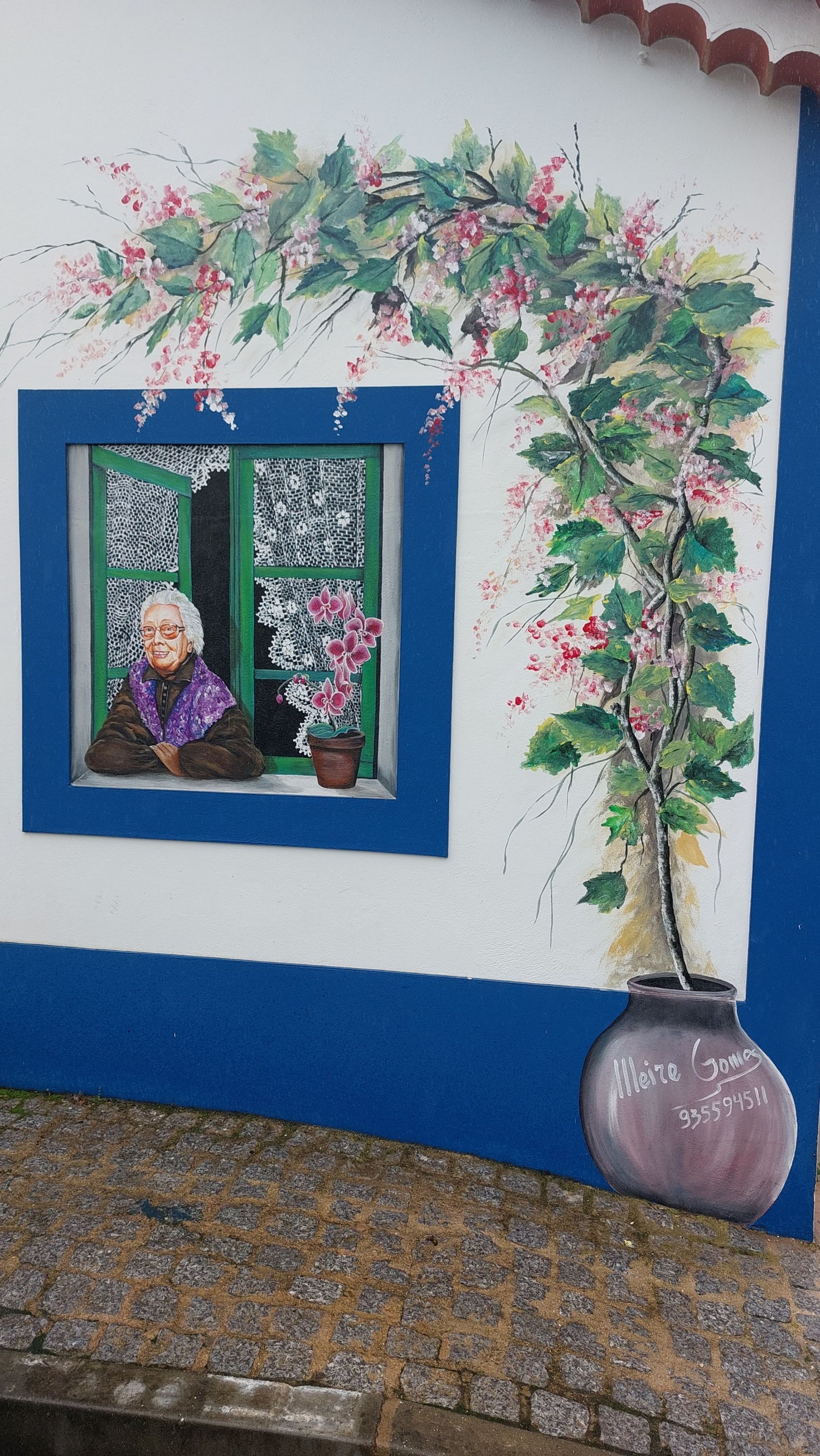 Meire teaches children art classes here in Monchique most afternoons but she still goes down the Escola de Arte de Lagoa (where she’s taught for many years) and, if you’re interested, she also teaches adults.

Meire is such a joyful lady and I’m so happy to have finally discovered who this mysterious artist is and to hear how she’s managed to overcome such adversity and is leaving a trail of colour in her wake to brighten up people's day.

Art from the heart

A trip of a lifetime