When he was a young boy he disappeared from his home. Nothing is, known about how this happened. His mother died soon after his disappearance and his father joined the Franciscans. He found himself in Toledo, Spain and was taken in by Francisco Mayoral who put him to work as a shepherd. On reaching his 20’s he discovered that Mayoral wanted him to marry his daughter so he joined the Spanish army.

At some stage he found himself close to Portugal where he tracked down an uncle who told him about his parents. Realising he had no ties to Portugal he went back to Spain. 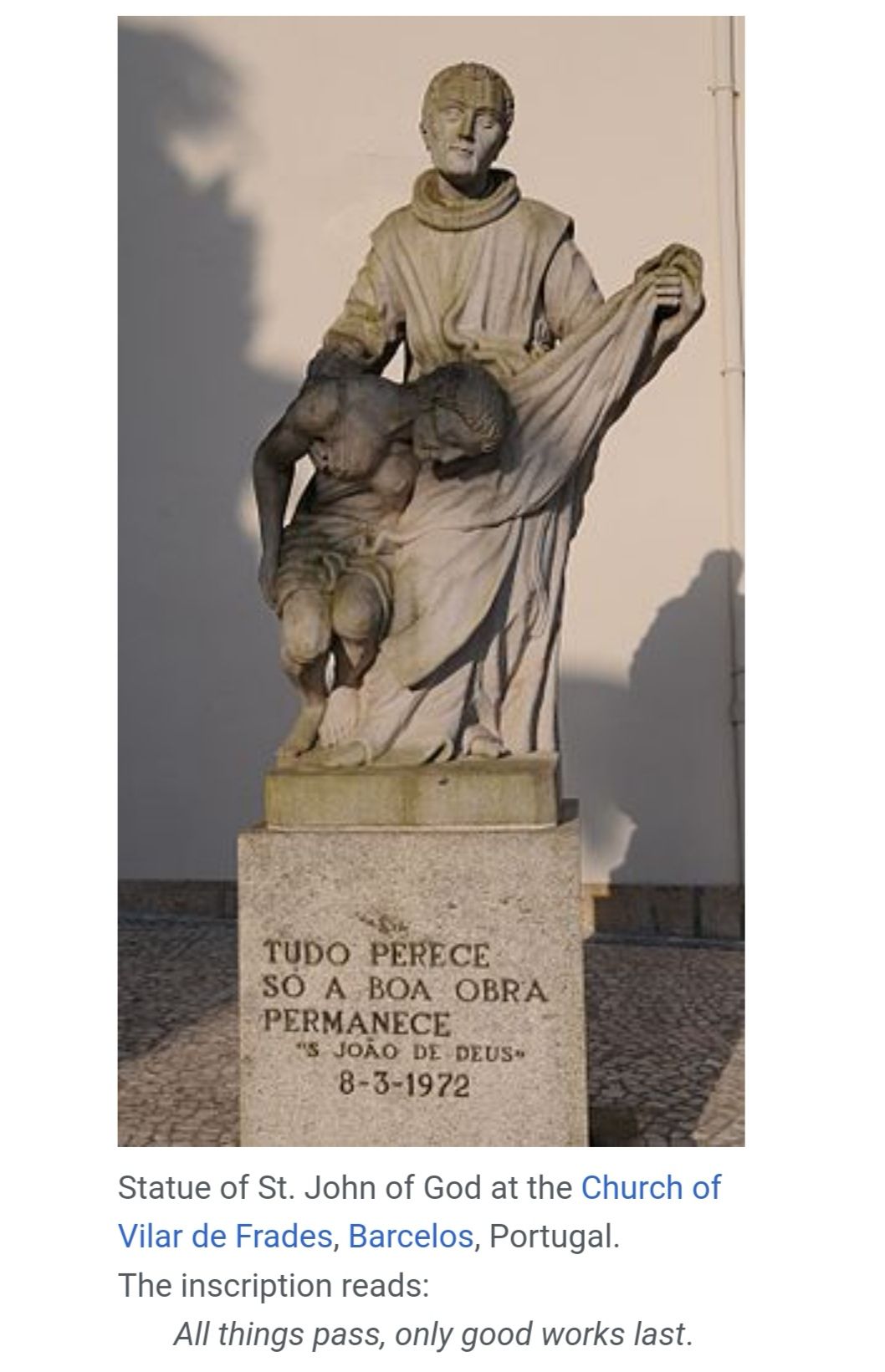 He wandered in various countries and was said to have had a vision of the Infant Jesus who directed him to Granada. There he found work on a new printing press.

He experienced a religious conversion on the Feast of St Sebastian. He began to publicly humiliate himself by beating and begging for mercy for his past life. He was sent to a mental institution and was visited there by John of Avila who told him he should look after others.

He gathered a following who looked after the poor and the sick who are recognised today as The Brothers Hospitallers of St John of God.

He died of pneumonia on his birthday after jumping into a river to save a young man. His feast day is celebrated on 8 March and he’s recognised as one of the leading religious figures on the Iberian peninsula. He is the Patron Saint of booksellers, hospitals, nurses, the mentally ill and the dying.

Police clamp down on wild camping

By TPN, In News, Portugal, Crime

By PA/TPN, In Curiosity , Weird, Music

SETI found no Aliens? Is there a better way?