Money problems increase the risk of pet abandonment. Animalife is starting at the root of the problem in order to prevent yet another animal from ending up on the streets.

At least two animals are abandoned every day, and there are no doubts that it is urgent to do something about this. Since 2011, Animalife has played a very important role in helping families who have difficulties in keeping their animals.

By helping pet owners, Animalife has already prevented several animals from being left on the streets. They provide food, vaccinations, cover the costs of mandatory veterinary care and sometimes even help with extraordinary expenses, such as paying for flights when owners need to return to their countries and cannot afford the tickets.

Normally animal associations are tasked with finding families to give pets a new home, but Animalife goes one step further. They believe that giving pet owners a helping hand when they are going through their toughest times is a way to prevent more animals from ending up on the streets or in shelters.

"Animalife is an association that is different from other associations in the country. Animalife tries to prevent the abandonment of animals in Portugal, while the associations that exist throughout the country have a mission focused on abandoned animals, in order to find families that can give them a new home", explained Rodrigo Livreiro, president of Animalife.

They also help with some mandatory expenses that pet owners are legally forced to comply with. "We don't want families to be punished for being poor, so we try to find solutions. We also sterilise these animals. Many of these families, because they can't afford it, end up letting their animals reproduce - sometimes they have unwanted puppies and kittens, and this contributes to the high number of animals we have in Portugal", he said.

"We have more animals than homes with the capacity to take them in. So, animal sterilisation is important for us to control the animal population that exists", he added.

"When people adopt, they usually do so consciously, but living conditions can change" and that is exactly when people need support and the war in Ukraine is an example.

"For instance, there are thousands of people who leave Ukraine with their animals and have nowhere to go. We know that there are some associations that provide support to families, either in paying for accommodation or housing-related expenses, but somehow they do not include animals, so people are pressured to give their animals to a completely full shelter," he said.

In reality, most of the time: "the main reasons why people call the associations and what makes many people abandon their animals is because of financial difficulties," he said.

In this sense, Animalife has let everyone know that the love and care that owners have for their animals is enormous: "There are people who want to do everything not to be set apart from their animals, including living on the street. It's up to social support associations and councils, to have an integrated social response, and that's what we don't have", Rodrigo Livreiro pointed out. 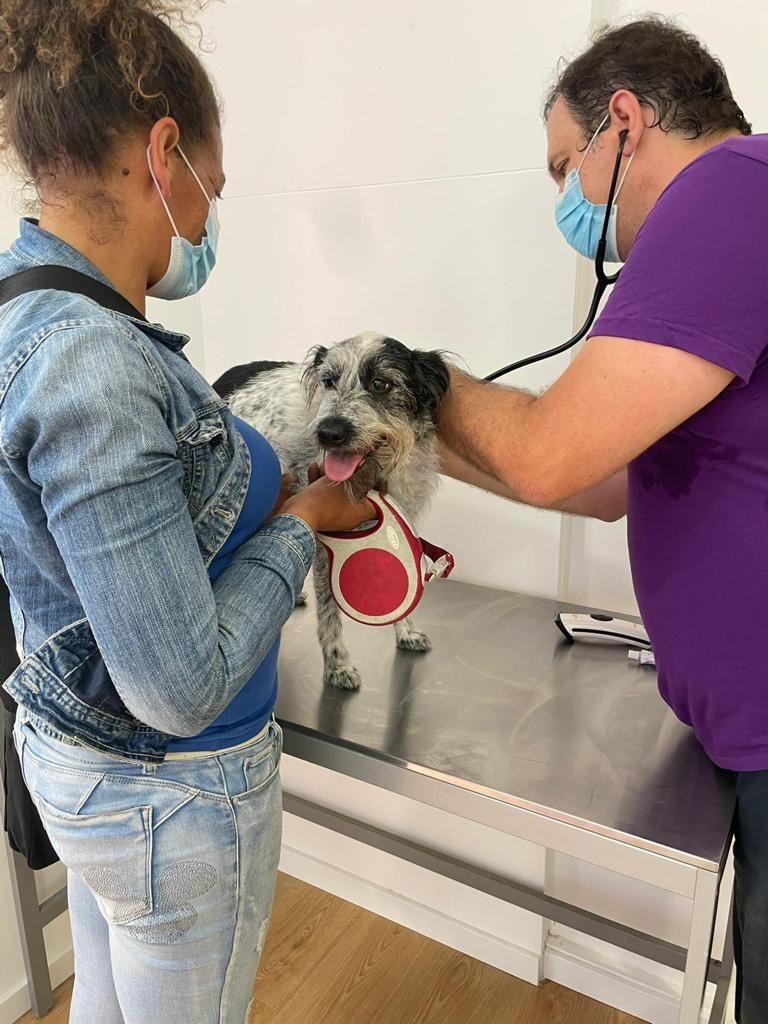 There are many reasons why someone may end up on a very complicated situation. People can lose their home "not just because of eviction, but a person can also lose their home due to a divorce, a family conflict or a war."

However, living on the streets does not mean less love for pets, in fact, it is quite the opposite. "From our experience on the ground, we have found that these animals are often very well cared for despite the street being their home," you can read on their website.

Homeless with pets struggle even more

Trying to find a home is never easy, especially when people are living on the streets without any resources, but it becomes an even worse obstacle when they have a pet.

"Social housing responses are limited because associations do not have the resources, nor were they designed to integrate family and pets, because pets were not seen as part of the family. As such, pet owners were pressured to surrender their pets to the pound."

How can I help Animalife?

"People should adopt pets. Adopting an animal is key to helping the associations. Not only Animalife but the cause itself, to get animals out of shelters, otherwise they will live the rest of their lives in a box," he told The Portugal News.

"In addition, people can do voluntary work not only in Animalife, but also in the various associations in the country. It is also fundamental that we have the support of people so that we can support the expenses we have to pay for the people who depend on us," Rodrigo added.

If you wish to know more about the work that this association does or if you would like to contribute in any way to their cause, please see their website at https://www.animalife.pt/pt/home.

Ppl with money pbs, that´s to be expected. What I´d like to know is if since Pandemic, War, the pet abandonments are still greater around summer holidays. Because homeless ppl who can´t give up their pets are the opposite (in terms of having loyalty and respect towards their pets) of ppl who abandon their best friend(s) just so they can go on holidays. Those numbers have been quite expressive for decades; how about now, is the timing of higher numbers of abandonment any different? And another point, which doesn´t put the blame on the institutions that try to be there for abandoned animals needs. How do you know the ppl who adopt aren´t the same ppl who abandoned? I sometimes wonder if these consciousless ppl aren´t the ones that are most ready to adopt when they come back from holidays. (Not attacking the institutions; I have never abandoned pets and it makes sense to ask these questions).

APA supports more than 380 animals in its facilities

Puppies are looking for volunteers at Friends of Canil de Portimão

First snow of the year in Portugal

“Lisbon is a strategic location to do business in”