Apple stocks added another 3.25% last Friday to its almost 25% rally since mid-June. According to TeleTrade analyst Ilya Frolov (https://www.teletrade.eu/pt), the company’s market cap of $2.61 trillion is still nearly 15% lower compared to more than $3 trillion for the Cupertino-based company's all-time record levels reached in January and March.

Remarkably big funds and the Wall Street crowd are ready to invest even more money in the iPhone-maker, without missing a beat after its management's comments on some rather controversial points in Apple's fresh quarter report.

Many analysts attempted to revise their estimates of Apple to the downside, forecasting weaker revenue growth and some damage even to such a famous company's profits due to the growing inflation and the lack of consumer spending power all over the world. The company itself also warned that there may a chance of a slowdown in the near future because of a possible shortage of components amid COVID lockdowns at China's factories.

These factors did manage to impact Q2 numbers, as Apple reported a $1.2 equity per share (EPS) on $82.96 billion revenue, which happened to be "better-than-expected" only because of low consensus expectations at $1.16 of EPS on $82.8 billion revenue, which seemed to be in bold contrast to $1.52 and $2.1 of EPS on revenues of $97.3 billion and $123.95 billion, respectively, in the two previous quarters. 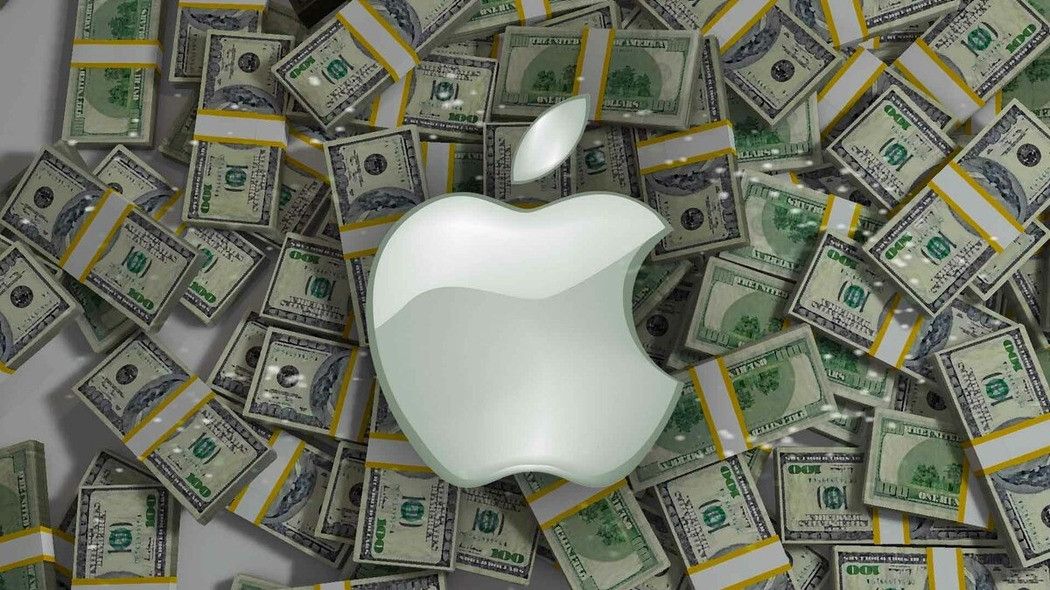 iPhone sales, which are responsible for more than 50% of the total income, grew to $40.665 billion vs $39.57 billion last year, and that probably means that less units were sold. Apple had to run an unusual retail promotion in China where it offered a discount on the iPhones and some accessories. It was accomplished for the first time ever, making at least some investors think that keeping demand high in Asia may be a problem. Sales in the China market fell about 1%.

TeleTrade analyst considers that the shortage of parts cost Apple nearly $4 billion, which is less than the company feared. By comparing sales to a year ago, it could be assumed that sales could grow faster in Q3 2022 than nearly 2% growth in Q2.

Apple contributed to the U.S. S&P 500 broad market index rise above 4,120 points and even to the European stock indexes moderate surplus, so that stocks had a positive finish last week, extending this month's technical rebound. Yet, as the world's economy is slowing down, this may hurt at least some sales of Apple's advertising products and accessories, as this segment already missed Wall Street targets in Q2, not to mention hundreds of smaller companies that have to report soon. Apple’s management commented that currency fluctuations, because of a stronger U.S. Dollar, may slash sales by 6% in Q3. So, perhaps, Morgan Stanley’s warnings to not be in a hurry to change investment strategies in the direction of expanding their portfolios could be justified, especially following the recovery trends of July.

Analysis and opinions provided herein are intended solely for informational and educational purposes and don't represent a recommendation or investment advice by TeleTrade.

The IPBN Agro Business Conference is Shaping Up

Sumol+Compal to invest in a photovoltaic plant

Can you please write about the “new”, inoperable, comedy of errors/horrors that is Windows 11? Thank you. Microsoft already got its money, then it feels entitled to ruin its customers´ life/work. OBVIOUSLY, NOT A FAN, I´M NOT MASOQUIST.

The IPBN Agro Business Conference is Shaping Up

Sumol+Compal to invest in a photovoltaic plant

Mitsubishi stops production at Tramagal due to lack of components

Learn more about the Golden Visa

The future of sailing: electric yachts and sustainable sailing

How AI is Changing the eCommerce Industry