Encounter Gallery is located in a large 19th Century apartment on Rua de São Bernardo next to Jardim da Estrela and The British Embassy in Lisbon. This brand-new shared gallery opened on 22 September in collaboration with Jahn und Jahn.

This exciting collaboration marks a significant international addition to the Lisbon art scene and is an extension of both galleries’ programs from the UK and Germany respectively.

It was a pleasure to speak with Founder and Director, Alexander Caspari, who has directed Encounter in London for the past eight years. “He has curated numerous contemporary art exhibitions with leading international established and emerging artists in private and institutional venues.”

Alexander told The Portugal News that “I was really looking for a permanent space for the gallery and I fell in love with this space in Lisbon. I had the opportunity to partner with Jahn und Jahn which is very exciting as it is a historically established gallery from Germany and the combination of those things, led to us starting the project here.” 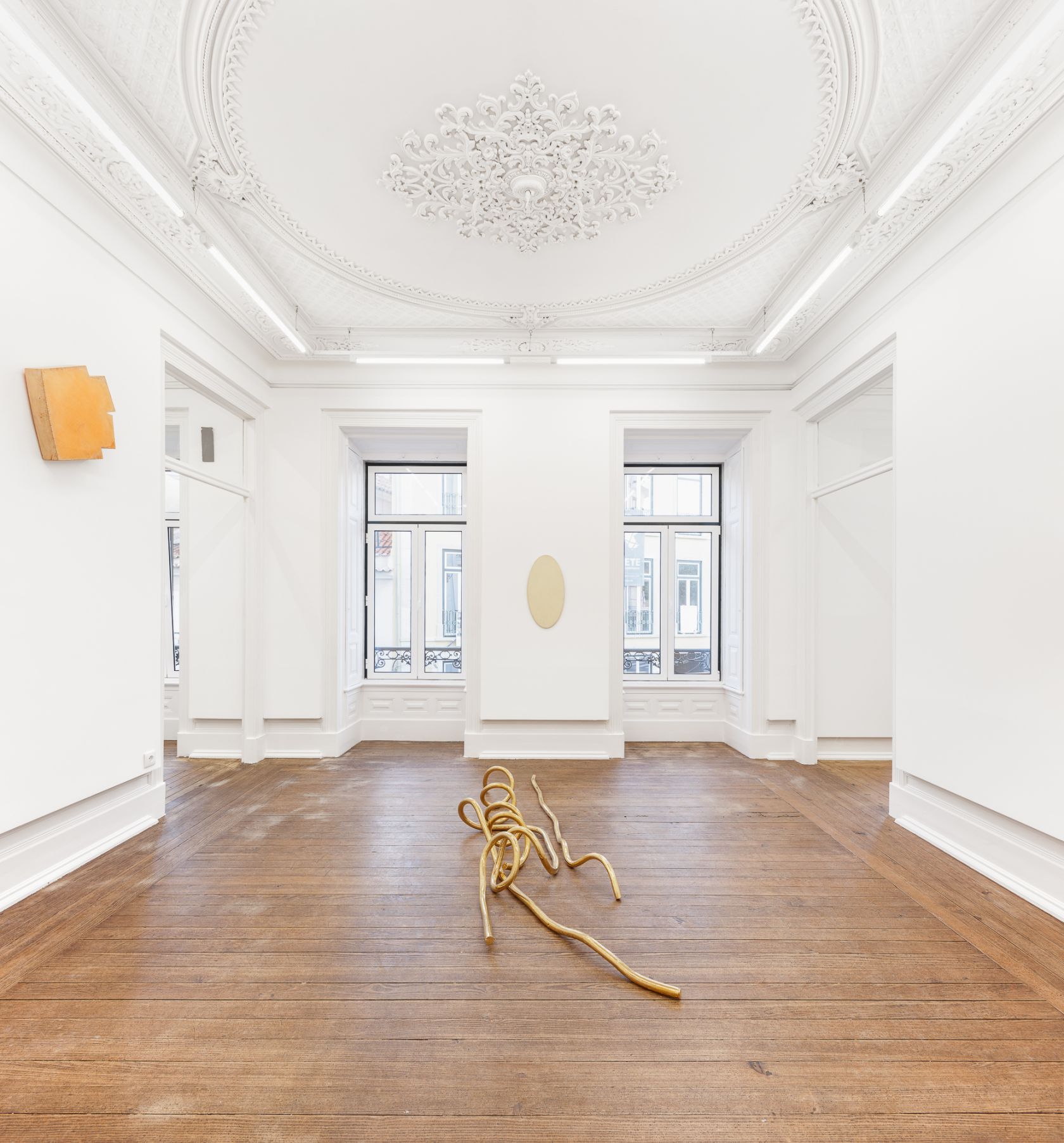 “I also have been coming to Lisbon most of my life because my grandfather worked in Lisbon in the 70's and there is still a family house outside Lisbon, so I would always visit and in recent years I have become more interested in the art scene here.”

Alexander explained the layout of the gallery is that “It is a first-floor gallery space which we have converted, so it has seven exhibition rooms, two viewing rooms, and a sculpture garden.”

“The space has the ability to host several different exhibitions simultaneously which makes it an excellent venue for a dynamic gallery share model of this type.” Encounter has always strived to deliver ambitious and academically rigorous curatorial projects in close collaboration with a diverse group of institutionally acclaimed international artists. Adding that their “garden for sculptures is particularly unique in Lisbon.” 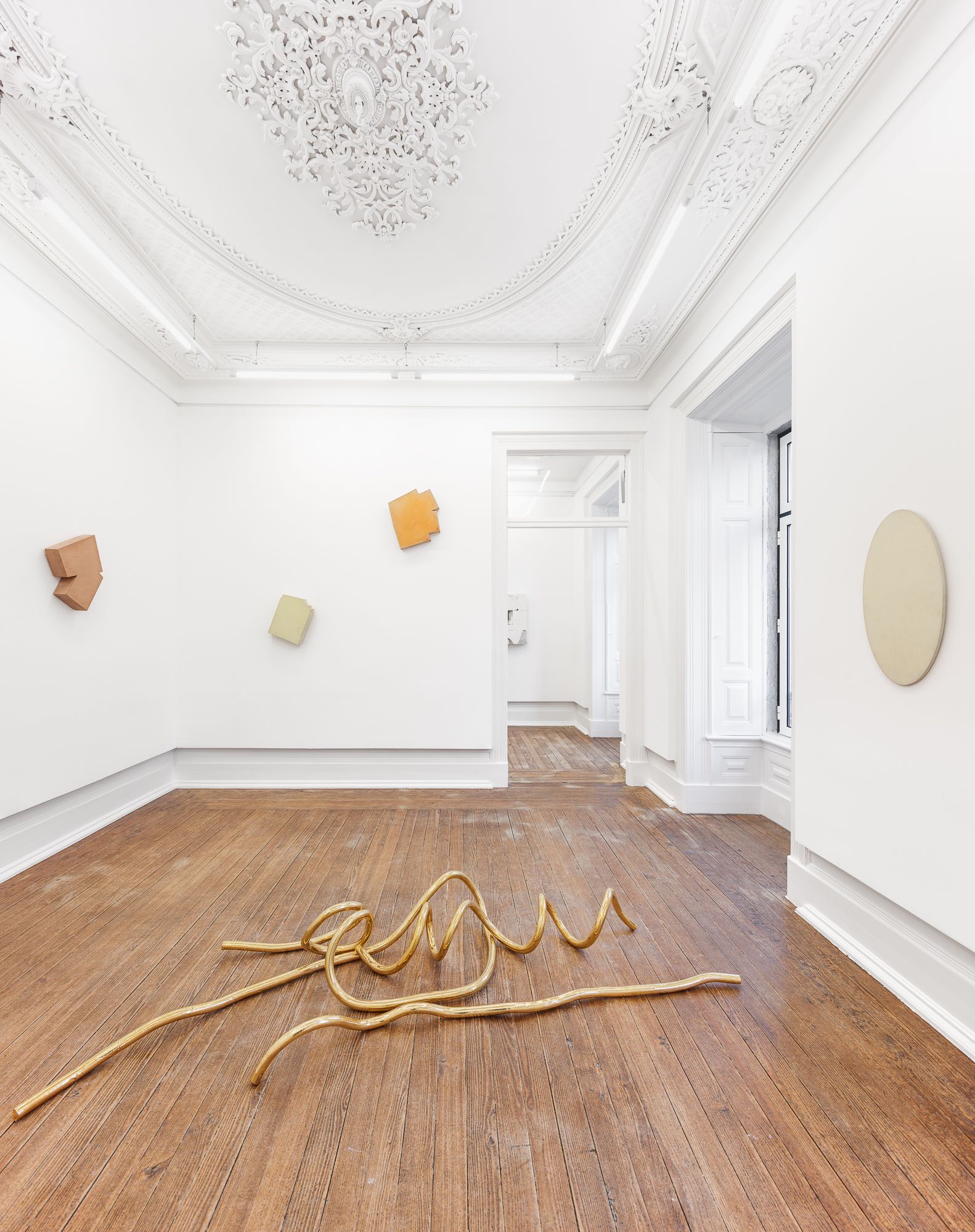 The gallery currently has four exhibitions, with solo exhibitions from leading international artists Antony Cairns from London with the exhibition “CTY 5081” which is running until the 20th of November. “The exhibition presents a distilled selection of Cairns’ ongoing IBM series, in which photographs of the night-time metropolis are printed on collections of tinted IBM computer punch cards. These powerful dystopian visions of urban centers are devoid of people and have their roots in stills captured in London, New York, Las Vegas, Tokyo, and Busan from 2014-2021 on a Minox 35I camera, first introduced in 1974.” Alexander told The Portugal News that perhaps most significantly, “this show will coincide with his major solo exhibition at The Maison Européenne de la Photographie in Paris and builds on the abstracted images of the metropolis notable included in Shape of Light: 100 Years of Photography and Abstract Art at Tate Modern in London in 2018.” 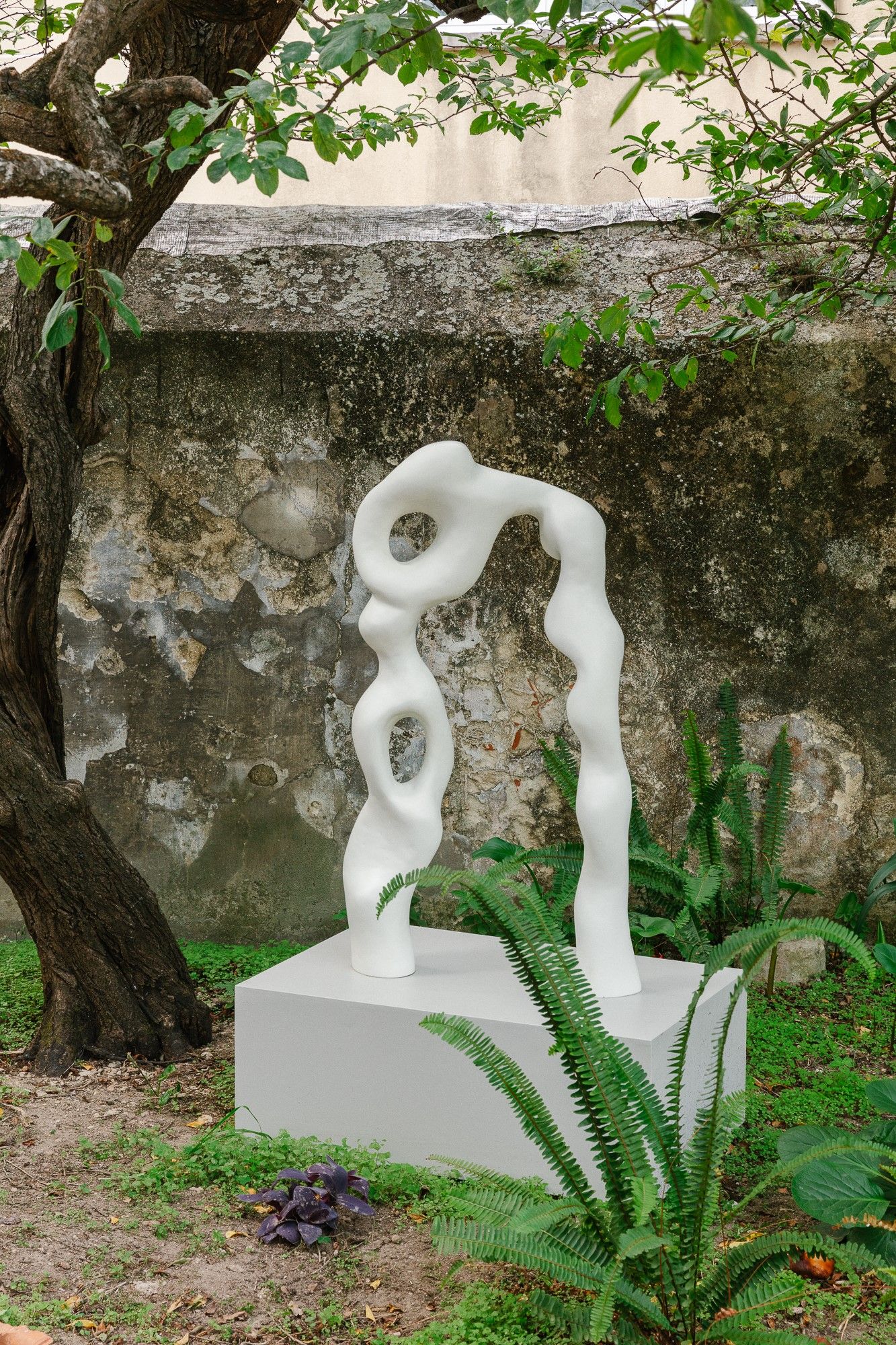 The second solo exhibition is of sculpturer Vanessa da Silva from São Paulo, with “Muamba Grove” located at the gallery’s garden which coincides with a presentation of several monumental works from the same series launching this September at Yorkshire Sculpture Park, which is one of the biggest institutions for sculptures in the UK. The last two exhibitions are “14 Rooms” by Jahn und Jahn which is a group exhibition that features the likes of Heinz Butz, Fernanda Fragateiro, Imi Knoebel, and Kirsten Ortwed. Last but by no means least is the two galleries shared exhibition which is by artist Dayana Lucas called “Pulso”, who is an artist that lives and works in Porto. 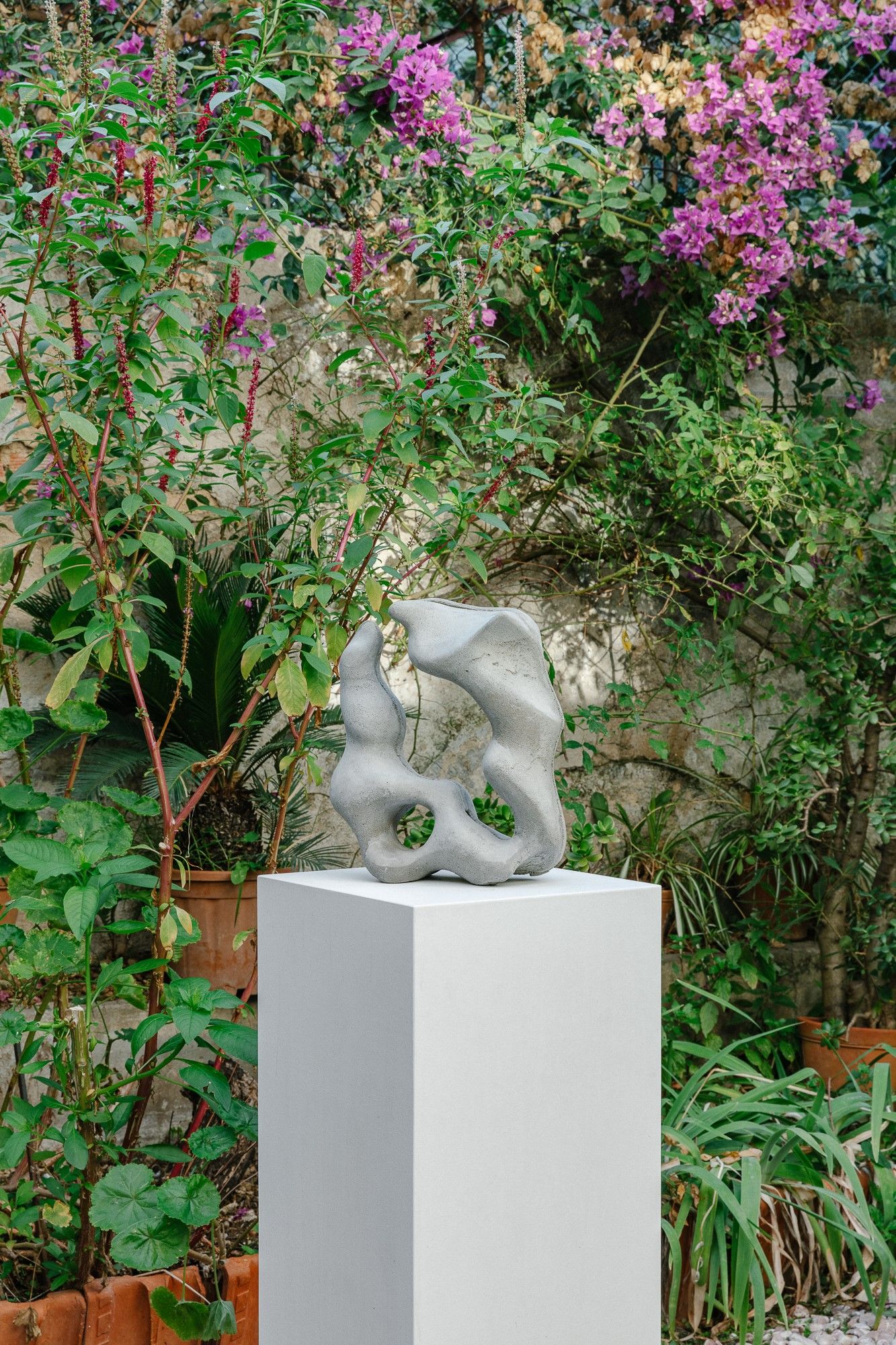 When asked about the public's reaction to the opening of the gallery, Alexander revealed that “The response has been great and the opening was really crazy, we had over 500 people attend who met us with a lot of positivity. We are also getting a lot of interest from both Portuguese and International collectors. I really think there is something for everyone to enjoy here due to the diversity of our international artists all in one place.”

When asked about Lisbon’s art scene, Alexander commented that “I find the art scene here very exciting, there are several prestigious long-standing galleries here and also some really dynamic younger galleries as well but I think this is probably one of the first collaborative international gallery projects here." 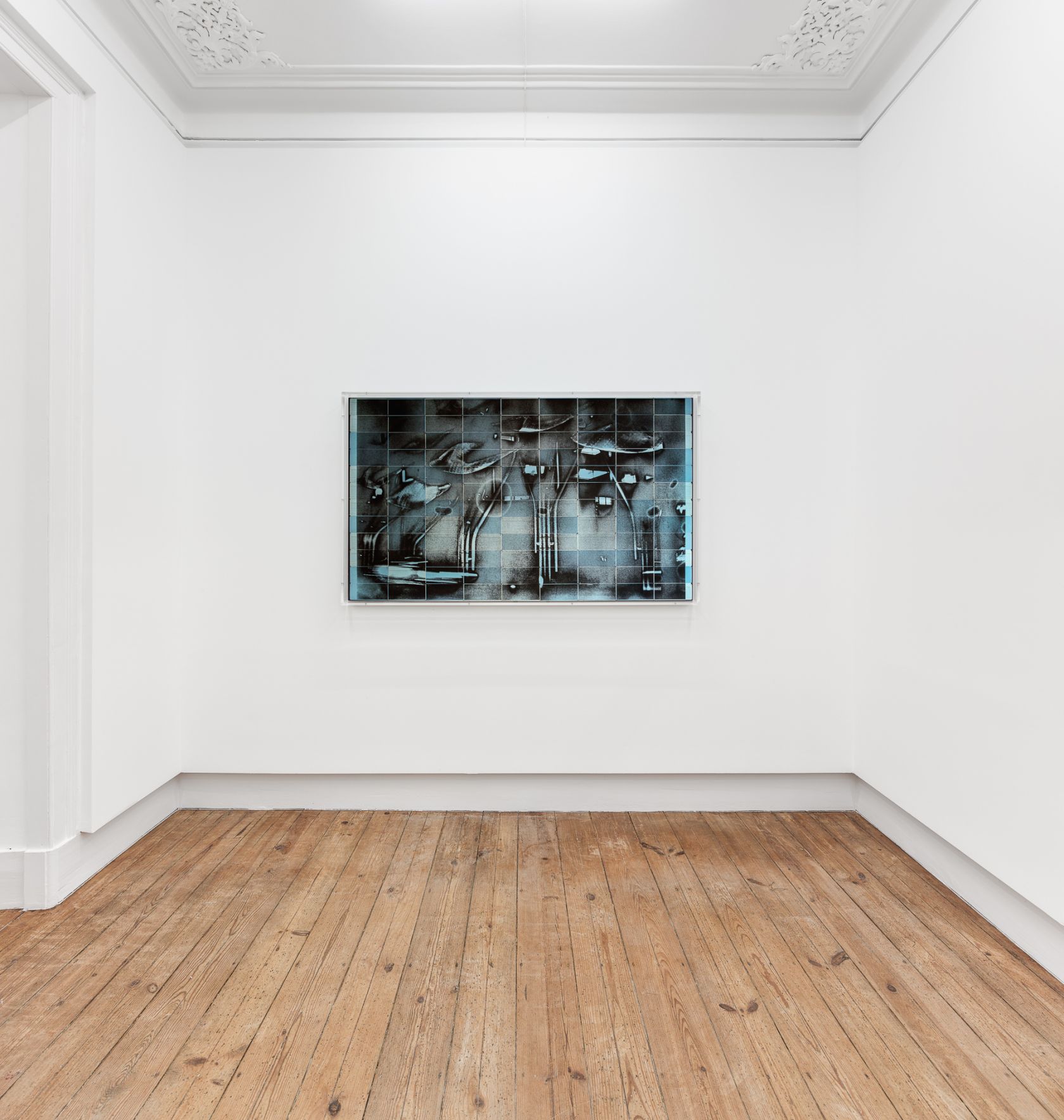 Antony Cairns | CTY 5081 - Courtesy of Encounter and image by Photodocumenta

In terms of Portuguese artists, “We have been doing lots of studio visits in Lisbon as well and meeting different artists and familiarising ourselves with the scene and the most important thing for us is that we want to create this dialogue and show both international and Portuguese artists and integrate Portuguese work into the programmes.” 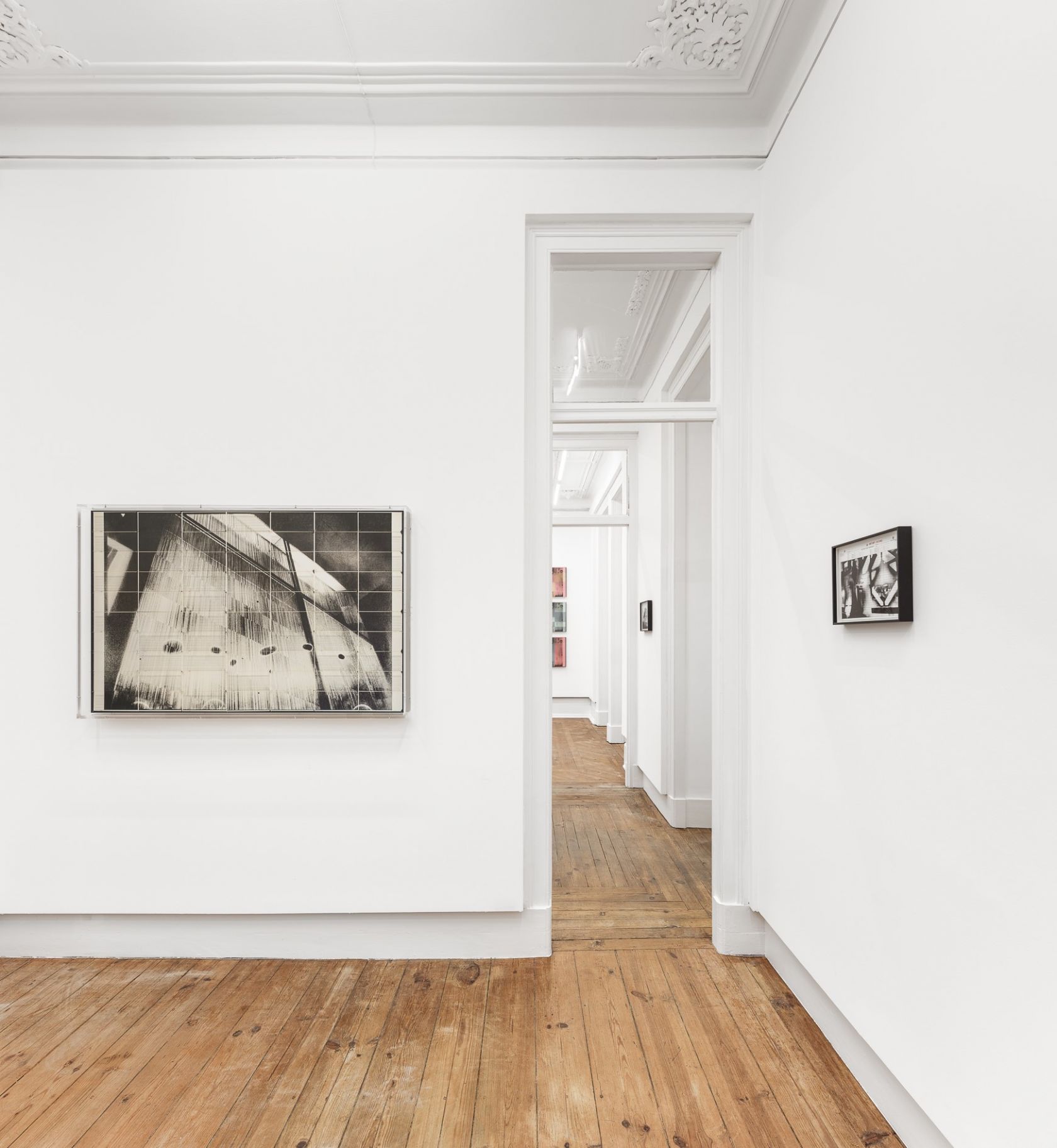 Antony Cairns | CTY 5081 - Courtesy of Encounter and image by Photodocumenta

The future of encounter

Alexander also explained that in terms of the future, “Encounter is participating in Lisbon Art Weekend which is taking place from the 10 to 13 November.” (https://www.lisbonartweekend.com/) He also affirmed that “We have got a really exciting exhibition program lined up with artists because everything is planned quite far in advance.”

Encounter is open Wednesday to Saturday from 2pm until 7pm and otherwise by appointment. For more information, please visit http://www.encountercontemporary.com/

Avenidas Novas: everything you need, every day

Lisbon reduces the use of water

Avenidas Novas: everything you need, every day

Lisbon reduces the use of water

Art from the heart

Curved lines on the canvas

Björk back in Portugal

Valentino Rossi back in the Algarve

Portugal "talking to partners" about sending tanks to Ukraine

A Taste of the Algarve in Coimbra