2566th Buddha Jayanti was observed in Lisbon, the capital of Portugal on Monday, 16 May.

A grand rally was held in the city at the initiative of the Nepali Consulate General Office and Nepali organisations based in Portugal.

Participants, mostly Nepalis carrying Buddha statues, photographs, placard with slogans and teachings of Buddha and Nepal’s national flag marched through the major thoroughfares of the city.

The rally that began from Praça do Comércio in Rossio took a round of the major tourist area before concluding upon reaching the Martim Moniz Park in Lisbon. 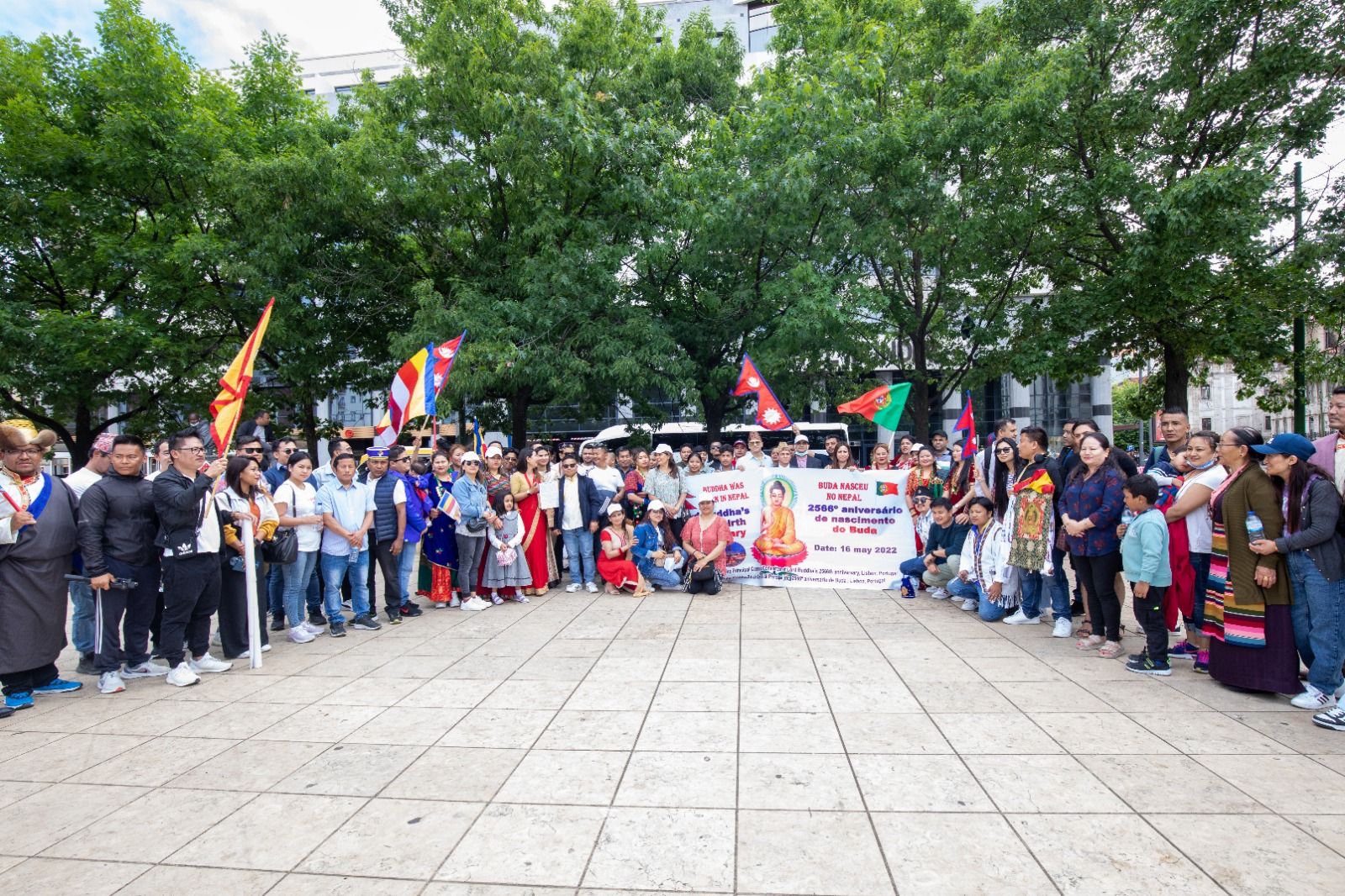 A notable number of Nepalis residing in Portugal and Buddhists took part in the rally.

Speaking at the programme held at the Park, Nepali Consul General for Portugal Makar Bahadur Hamal said it was the duty of every Nepali citizen to reach the knowledge, philosophy and teachings of Buddha to every nook and corner of the world.

Earlier, a worshipping of Lord Buddha took place at a Hall in Lisbon.

The Lord Buddha was born in 623 BC in the sacred area of Lumbini located in the Terai plains of southern Nepal, testified by the inscription on the pillar erected by the Mauryan Emperor Asoka in 249 BC.

This is why i love Portugal, it's very diverse ???? Cuddles to Portuguese People...