There were teams competing from all across the Algarve for a place at the National Tournament in Matosinhos, Porto, on 28 August. The ages ranged from SUB13 to Seniors and the day was packed with a lot of action as teams gave blood, sweat, and tears to prove their worth.

The SUB13 age groups were dominated by CBQ Tubarões players, both the girls team and the boys team will be heading off to the National competition next month.

The winning teams were: 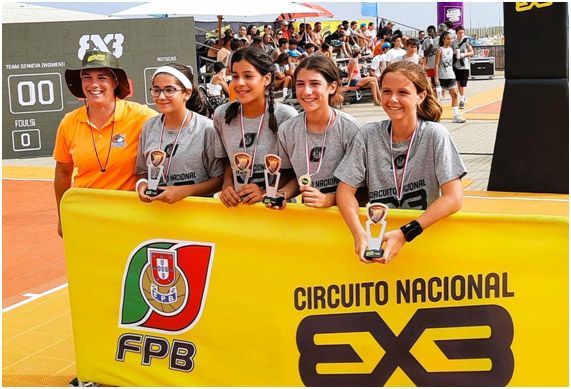 Both teams will head off to the competition which brings the winning teams from Lisbon, Rio Maior, Setúbal, and others to an arena that promises to be tough and ultra-competitive.

3x3 basketball is a variation of basketball featuring two teams of three basketball players competing in a half-court set-up with one basketball hoop. There are also specific rules of the game which set it apart from standard 5x5 basketball played on a full court. This makes the game more fast-paced and challenging.

Cordas Festival at Museu do Vinho do Pico

Rotary pilgrims on the brink