Monkeypox is a Reminder

Monkeypox is very unpleasant and it spreads very fast, but it’s not a real killer: 16,000 cases in 75 countries in just a couple of months is impressive, but there have been only five deaths.

Yet the World Health Organisation (WHO) has just declared monkeypox a global health emergency, which is a big deal. The only other infectious diseases in that category are Covid-19, which has already killed 6.4 million people, and polio (which is trying to make a come-back). Targeting monkeypox seems disproportionate, but there’s a reason.

“Covid-19 is broadly viewed as being a ‘once in a lifetime’ or ‘once in a century’ pandemic. Modeling work based on historical data shows that this is not necessarily the case,” reported the epidemiological start-up Metabiota last year. That’s because “the frequency of ‘spill-over’ infectious diseases like Covid is steadily increasing.”

It’s increasing because quick-killer pandemic diseases only started thriving in human societies when we began living together in large numbers. Lethal viruses and bacteria probably always ‘spilled over’ into human populations from time to time, but if they infected little hunter-gatherer groups of 50 or 100 people they just died out along with the victims.

The natural home of those diseases were birds and animals that lived in big flocks and herds: lots of potential victims to sustain the transmission. But when human beings started living in big civilisations and domesticated some of those animals, the pandemic diseases happily transferred across and thrived amongst us too.

For most of the history of civilisation, successful transfers didn’t happen all that often: big new killer pandemics only came along every five hundred years or so. However, now that there are eight billion people and millions criss-cross the planet every day, the disease vectors have more opportunities to spread and they move much faster.

At the moment, according to Metabiota’s calculations, it’s even odds that we will have another new pandemic on the scale of Covid-19 in the next 25 years. More precisely, they estimate the probability of another global pandemic as deadly as Covid to be between 2.5-3.3 percent each year. It could even arrive next year.

Monkeypox is not that disease. Despite its rapid spread to so many countries, it is transmitted mainly between men who have sex with men. There is an existing, fully effective vaccine for it (the same one that eradicated smallpox, which no longer exists in the wild). And hardly anybody dies from it. 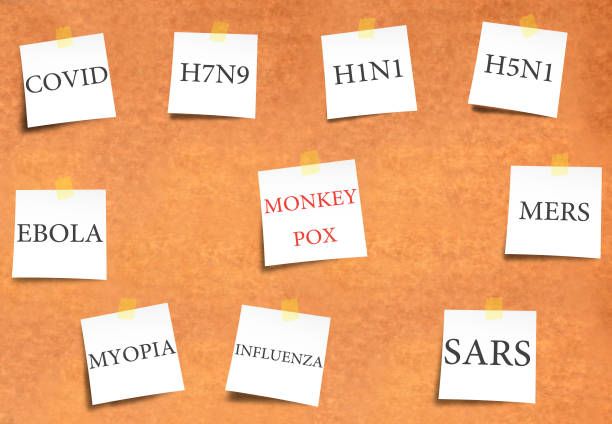 So WHO director-general Dr. Tedros Adhanom Ghebreyesus had some explaining to do when he broke a stalemate at his ‘emergency committee’ and decreed that monkeypox is a global emergency.

He explained that it was to speed up research on “the new modes of transmission that have allowed it to spread”, and to press countries to use vaccines and other measures to limit the numbers infected. These are all sensible things to do, but they really don’t justify declaring a global health emergency.

What he carefully avoided saying is that he really intends it as a reminder of our peril and a spur to action. The whole pandemic response system needs an exercise that incorporates all the lessons learned from our stumbling response to Covid, and monkeypox provides an excuse to do it.

Ghebreyesus is manipulating the system in a well-meant attempt to persuade the world to build better systems for containing dangerous emergent diseases in general, and he may come under serious fire for doing so.

But you can see his point because we haven’t learned enough from our harrowing experience with Covid. The vaccines were developed faster than in any previous pandemic, and two-thirds of the world’s population has been fully vaccinated in about sixteen months, but the rate of immunity in the poorest countries is abysmal.

That leaves reservoirs of high infection that serve as breeding grounds for new variants of the virus, some of which may be able to evade the vaccines. This is an issue of distribution and organisation, not a medical issue, and doing it on a smaller scale for monkeypox could improve the system for the next time something truly dangerous appears.

The same goes for the initial phases of detection and containment, which were badly bungled with Covid. There will be much worse pandemics coming down the road in the future – WILL BE, not ‘may be’ – and the world needs to be better prepared.

Just spending one-hundredth of what the world spent on fighting Covid to improve global readiness for dealing with the next pandemic – building local vaccine production facilities, regional labs with good analytical capabilities, and stronger reporting networks – could spare us another two years of the misery and loss we had with this pandemic.

If that’s Ghebreyesus’s real goal with this monkeypox business, it’s all right with me.

Ukraine War: Mother May I?

Afghanistan: Down the Memory Hole

Ukraine War: Mother May I?

Afghanistan: Down the Memory Hole

Portugal forging ahead with vaccinations

By Daisy Sampson, In News

Measures and exceptions of the new state of emergency

Right sizing your cash holdings for your life abroad

The history of Frango Piri Piri - Where does it come from?

By Paul Luckman, In Opinion, Curiosity

By Gwynne Dyer, In Opinion, World

Let's go down to the betting shop. It's Sunak vs Truss - and it's GAME ON!

By Douglas Hughes, In Opinion

Is bottled water the biggest scam of the century?

By Paul Luckman, In Opinion

Monkeypox is a Reminder