HomeLifestyle20 years of the Audi RS6

The RS6 might not have been Audi’s first ‘RS’ model, but it’s arguably the one that’s stirred the most interest in the brand over the years.

First launched in 2002, the RS6 is now marking 20 years of being Audi’s all-wheel-drive performance estate and saloon icon. Proving to be a perfect blend of performance and everyday practicality over four generations, it continues to be as coveted as ever.

To mark the milestone, here’s a look at back over 20 years of the Audi RS6…

Following the success of the Audi RS4, the German firm’s performance arm was tasked with creating another ‘sporty renovation’ of an existing model, and it was Audi’s larger A6 saloon and estate that was selected.

Far from being just an A6 with a larger engine, its suspension, transmission and even the appearance were tweaked – growing in length and width. This was predominantly to accommodate its 444bhp 4.2-litre V8 engine, which was actually developed and tuned in the UK by Cosworth, and at the time was Audi’s most powerful model.

The only RS6 that actually went factory racing, the C5 could be had as both a saloon and Avant estate, with the latter proving the most popular. At the end of the production run, Audi launched a limited-run ‘Plus’ model, which saw its power increase to 469bhp, while the speed limiter was raised from 155mph to 174mph. 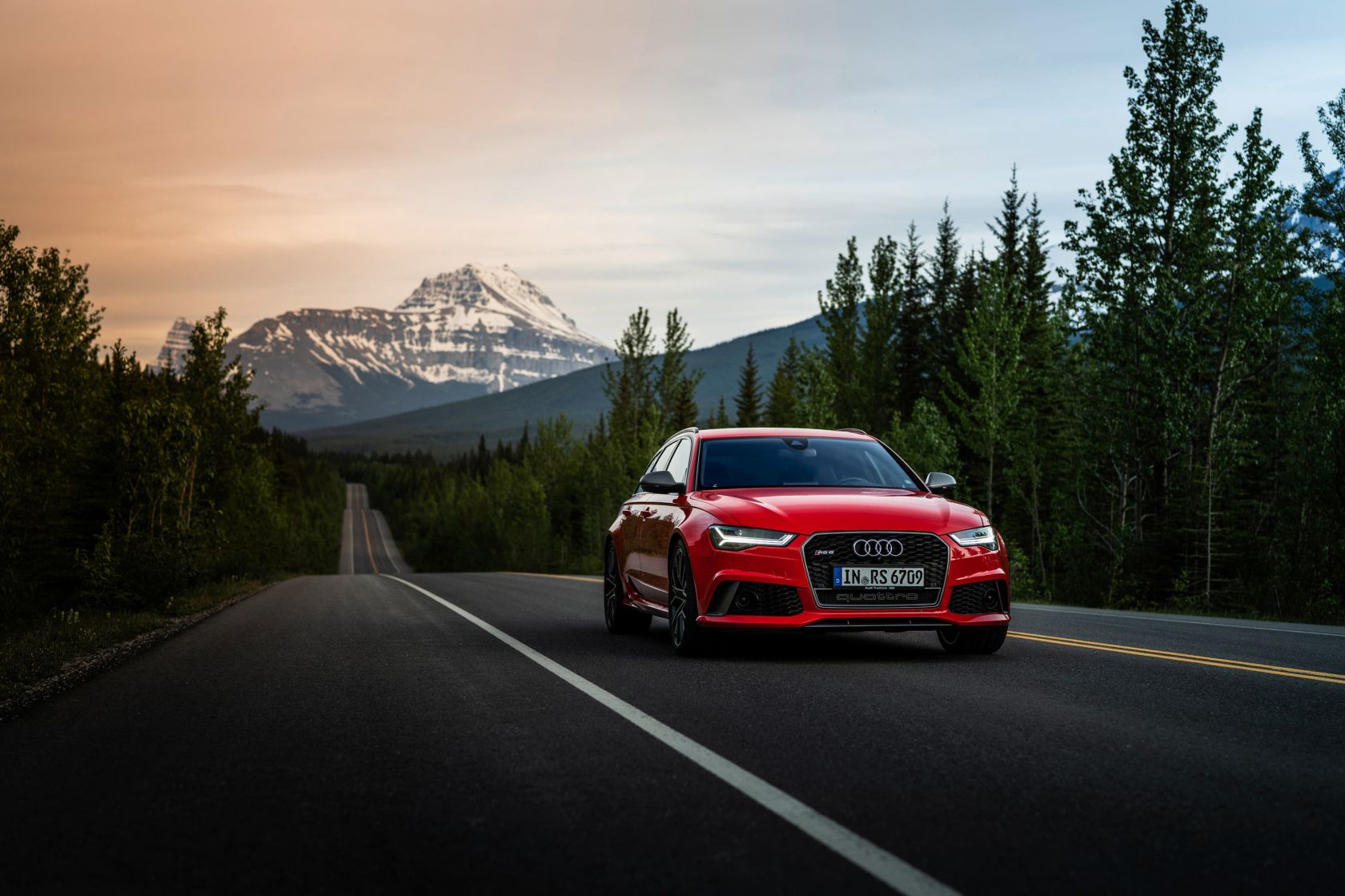 As if a V8 engine wasn’t enough, Audi increased the cylinder count to 10 for the second-generation RS6, with a 5.0-litre unit being selected and producing a huge 572bhp – a power figure that even exceeded the firm’s R8 supercar at the time.

It was a huge engine, weighing close to 300kg on its own, and a major engineering feat that had to use lots of motorsport know-how to tune. Again offered as a saloon or estate, the former was able to accelerate from 0-60mph in just 4.3 seconds, while ceramic brakes were an option for the first time.

But despite the performance, the RS6’s styling was very subdued, not being much wider and more aggressive to look at than a regular A6, which all added to its appeal at the time. 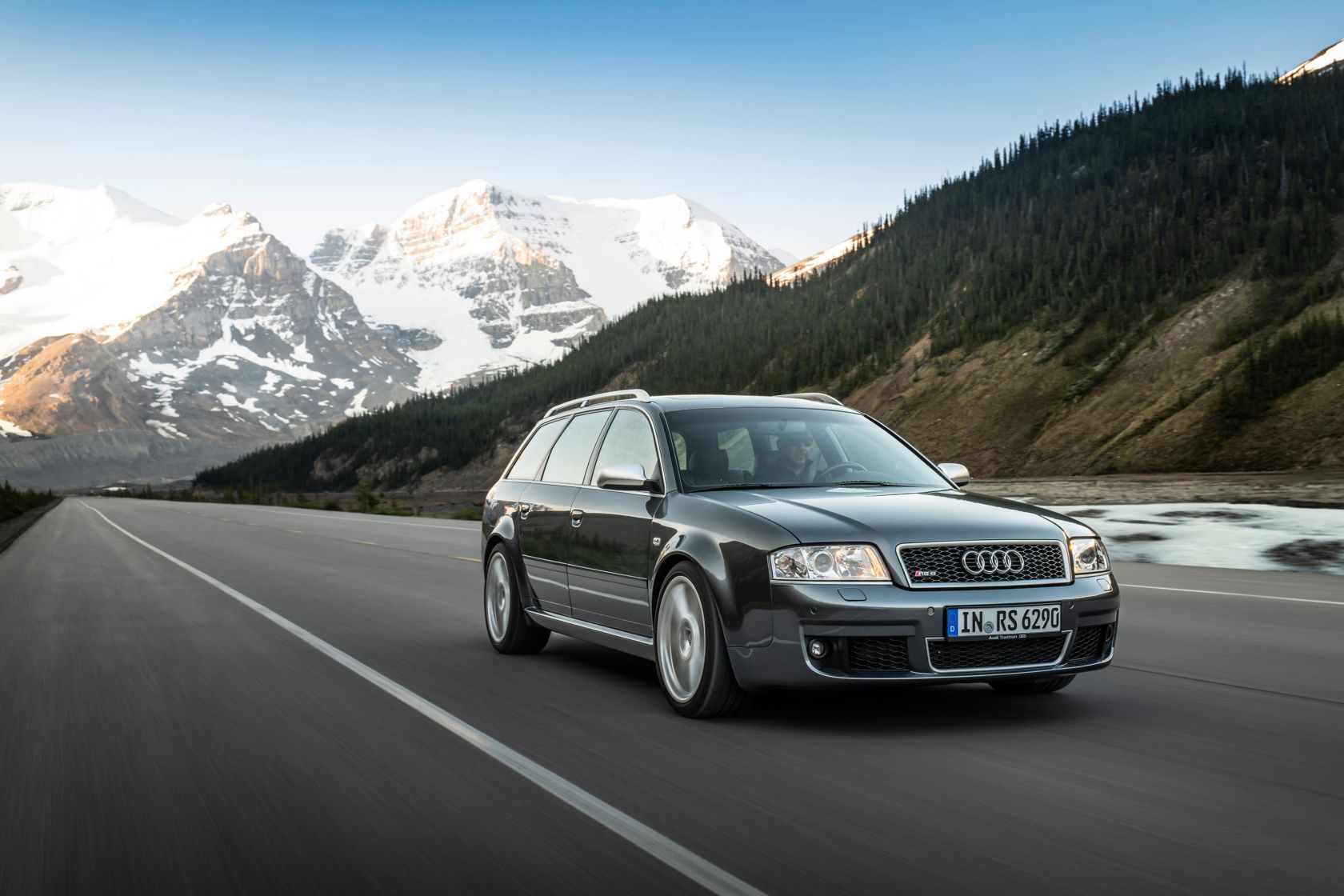 This phrase, ‘making more from less’, was how Audi justified the use of a smaller engine and moving away from the legendary V10 powerplant. In fact, launched in 2013, the C7 generation’s 4.0-litre V8 engine was actually the smallest in RS6 history. Power even dipped slightly to 552bhp, although thanks to an extensive use of aluminium, Audi managed to shave 120kg from the model, making it much better to drive.

The saloon version of the RS6 was discontinued with this generation but was indirectly replaced by the RS7 Sportback, while adaptive air suspension was introduced to maximise ride comfort – something Audi’s customers had been asking for. Other practical touches included a tow bar that could be specified for the first time, while the popularity of the RS6 really grew with this generation.

Towards the end of the C7’s life, Audi introduced a hotter Performance model, which saw power increase to a huge 597bhp. In fact, it remains the most powerful RS6 to date, with a 0-60mph time of just 3.7 seconds. 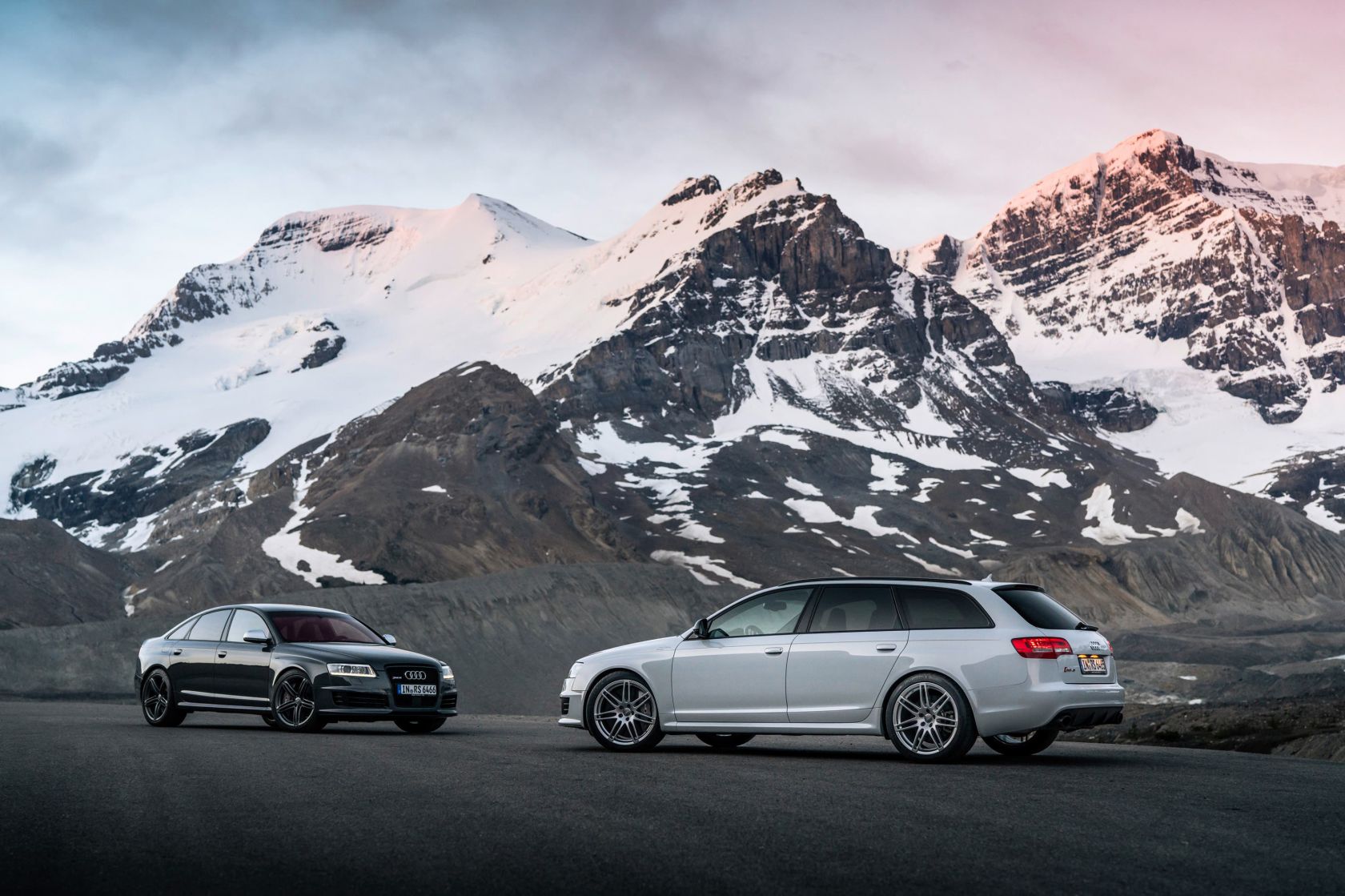 In early 2020, Audi’s fourth-generation RS6 started to arrive in showrooms and brought a whole range of advances.

Retaining the twin-turbo 4.0-litre V8 engine from its predecessor, power stood at 592bhp, although its 3.4-second 0-60mph time makes it the fastest-accelerating version of this wagon to date. It even ushered in light electrification, with a 48-volt mild-hybrid system to enhance efficiency.

Responding to demand for bolder-looking performance models, this latest RS6 is the most aggressive-looking version yet, riding on huge 21-inch alloy wheels as standard, while its extended bodykit makes it three inches wider than the regular A6. In fact, the only panels carried over from the standard A6 Avant are the roof, front doors and tailgate. For the first time, the RS6 also rolls off the main production line, rather than receiving alterations in a specific hall like its predecessors do.

The first RS6 to be sold in the US, the C8 also brims with the latest technology, from its rear-wheel steering system to a cabin dominated by screens to give it a particularly modern feel.

Why are nightmares linked to dementia?

Why are nightmares linked to dementia?

In the world of motoring, the main beauty of retro is - it actually works!

What is the best selling car in Portugal?

How to reframe how you feel about fine lines and wrinkles