HomeCommunityDame Jacqueline Wilson: You have to be inclusive

Dame Jacqueline Wilson: You have to be inclusive

The bestselling children’s author talks to Hannah Stephenson about stepping into Enid Blyton’s shoes, but with a modern twist.

“I will have to join the modern world and get a smartphone, because my phone is as dumb as can be,” quips acclaimed children’s author Dame Jacqueline Wilson, lamenting her confusion at dialling in for our interview.

Her Cavapoo puppy, Molly, is another distraction for the Tracy Beaker creator, who has sold more than 40 million books – but once the lively pup is removed from the room, Wilson is ready to talk.

In fact, her creative juices were positively flowing during the pandemic, she discloses, with books galore – still to be published – and new TV projects in the pipeline.

“During the two years when I wasn’t able to go out and about, I’ve become like a hamster in a cage, writing more than ever,” the former Children’s Laureate enthuses.

She has now written The Magic Faraway Tree: A New Adventure, a re-imagining of Enid Blyton’s story about three children who discover enchanted lands at the top of an enormous tree – but with a modern twist. The original (there were three in the series) was Wilson’s favourite book as a child.

She says “everything is similar” to Blyton’s original, first published more than seven decades years ago, “but my children are modern children”, Wilson, 76, adds. “They are 2020 children, with their own ideas and thoughts but enjoy magical adventures just as much as anyone else.”

The book introduces Milo, Mia and Birdy in a contemporary way, with parents keeping a watchful eye in the background, whereas the original saw no parental supervision as the norm.

“I speak not only as a woman in her 70s but as a six-year-old reading one of the first books that turned me into a fluent reader. I have no idea whether Enid Blyton thought they were her absolute triumph, but I think they are, outdoing The Famous Five and The Secret Seven.”

Wilson, who lives with her long-term partner Trish in Sussex, believes it’s hugely important to keep classics on the bookshelves.

“Children should read a wide variety of stories, but some classics should last generation after generation. I’m a huge Charlotte Bronte fan, a Dickens fan, although I’m not comparing myself to these giants of English literature, but I think it’s worth keeping some favourite books in print because they have stood up for themselves and delighted many generations.”

Her Enid Blyton re-imagining, however, has been described by one critic as a ‘woke rewrite’.

“That was by someone who hadn’t read a word of it. Of course it isn’t,” she says seriously.

“I’m very respectful of the original but over many decades, occasionally food references or unfortunate references that were very ordinary in their times but nowadays don’t fit with the way we think have gently been changed.

“I have the original book and the children get tremendously delighted with pink blancmange and roly-poly pudding. I personally still like these foods, but modern children would just stare blankly.

“In the Faraway Tree world, Silky the fairy does, as she does in the original books, a lot of the chores for Moonface, her great friend, but still has ideas that fairies should flit around and help out the round-faced gentleman. Mia is a little bit surprised by this. And she doesn’t want to wear a princess dress down to her ankles.”

She says it’s all done with a light touch. “I wouldn’t dream of changing the characters of Enid Blyton’s beloved people, because I would imagine a lot of older people like me who grew up with these books don’t want things to change. I want the children to find this different place, which is enjoyable but sometimes takes them by surprise.”

She features the Land of Unicorns and the Land of Dragons, which she realises may be stereotypical of genders (girls liking unicorns, boys preferring dragons, she muses).

“You have to be careful, you have to be inclusive,” she agrees. “I’ve the Land of Princes and Princesses – and you couldn’t get more stereotypical there – but I have tried to have the children respond in the way I think they would.

“Milo is interested in this medieval fairy-tale world, but doesn’t like the thoughts of dancing. Birdy, his sister, prances around in her princess dress and tiara, whereas Mia prefers to look at the jousting and go to the yard where the horses are kept. They are true to themselves.

“Any child reading the story can identify with one or the other or all of the reactions. I don’t want to irritate any children or offend any adults, I just want to say, ‘You can be this way or that way, enjoying whatever kind of adventures you want to in my world’.”

It was important for her to create a happy escapism from the stark realities of our world today, she agrees.

“This is the way of children’s literature, that Covid doesn’t exist, frightening wars don’t exist, it’s a book set during the children’s summer holiday and I want it to be a kind of holiday for all of us. And it’s a holiday for me too, because as you know, I tend to write about children going through tough times, although there are funny times too.”

Indeed, Wilson has tackled numerous difficult subjects in her books – including divorce, bullying, broken families and other adult issues, without alienating her young audience. She wrote a same-sex love story, Love Frankie, two years ago, after publicly coming out herself.

How difficult is it these days for authors not to offend someone?

“Judging by the things that happen to fellow authors, it’s a difficult time,” she reflects. “I think very few people want to upset anybody. I feel that in children’s books, children themselves aren’t thinking very hard about what’s happening – they are just enjoying the adventure.” 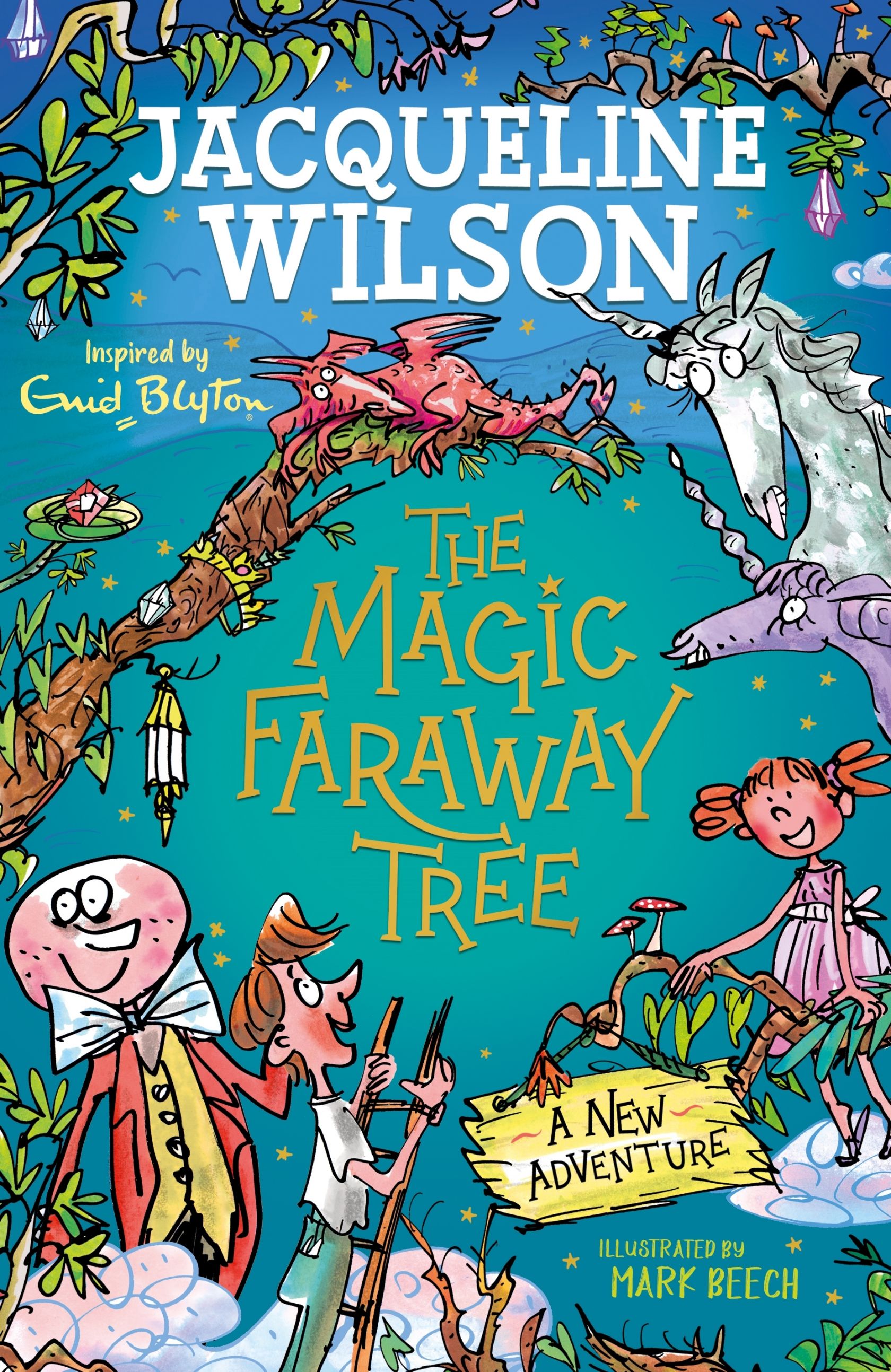 The Magic Faraway Tree: A New Adventure by Jacqueline Wilson is published by Hodder Children’s Books.

From Here to Bordeaux

Capturing the spirit of childhood

Armed forces not a “luxury”

Dame Jacqueline Wilson: You have to be inclusive