Volkswagen’s illustrious flagship was produced from 2002 to 2016. The more I think about it, the more enigmatic the Phaeton seems to be. Let me explain.

An enigma? Well, perhaps, yes. I mean, why would Volkswagen, a name which literally means 'people's car' ever stray into the realms of expensive luxury limousines? It was all down to one man. A man called Ferdinand Piëch.

The late Ferdinand Piëch (1937-2019) was chairman and CEO of the Volkswagen Group and grandson of Ferdinand Porsche, founder of the famous Porsche Motor Company. Piëch successfully cut his teeth at his grandfather's Company where he was involved in the development of the Porsche 916 and 917. Piëch then moved to Audi where, under his stewardship, the Audi 80 and 100 models were developed. In 1977 development of Audi's famous rally winning Quatro was initiated by Piëch, alongside Audi's successful in-line 5-cylinder engines.

In 1993 Piëch became chairman of the VW Group. His appointment heralded a huge transformation of the then flagging group's fortunes which eventually became one of the most successful car companies in the world. Group profits eclipsed those of all their rivals, including BMW.

Piëch was responsible for bringing both Lamborghini and Bugatti into the VW Group's family of brands. He also moved the Audi brand upmarket. In addition, the 250mph, 1000hp Bugatti Veyron was one of his pet projects. 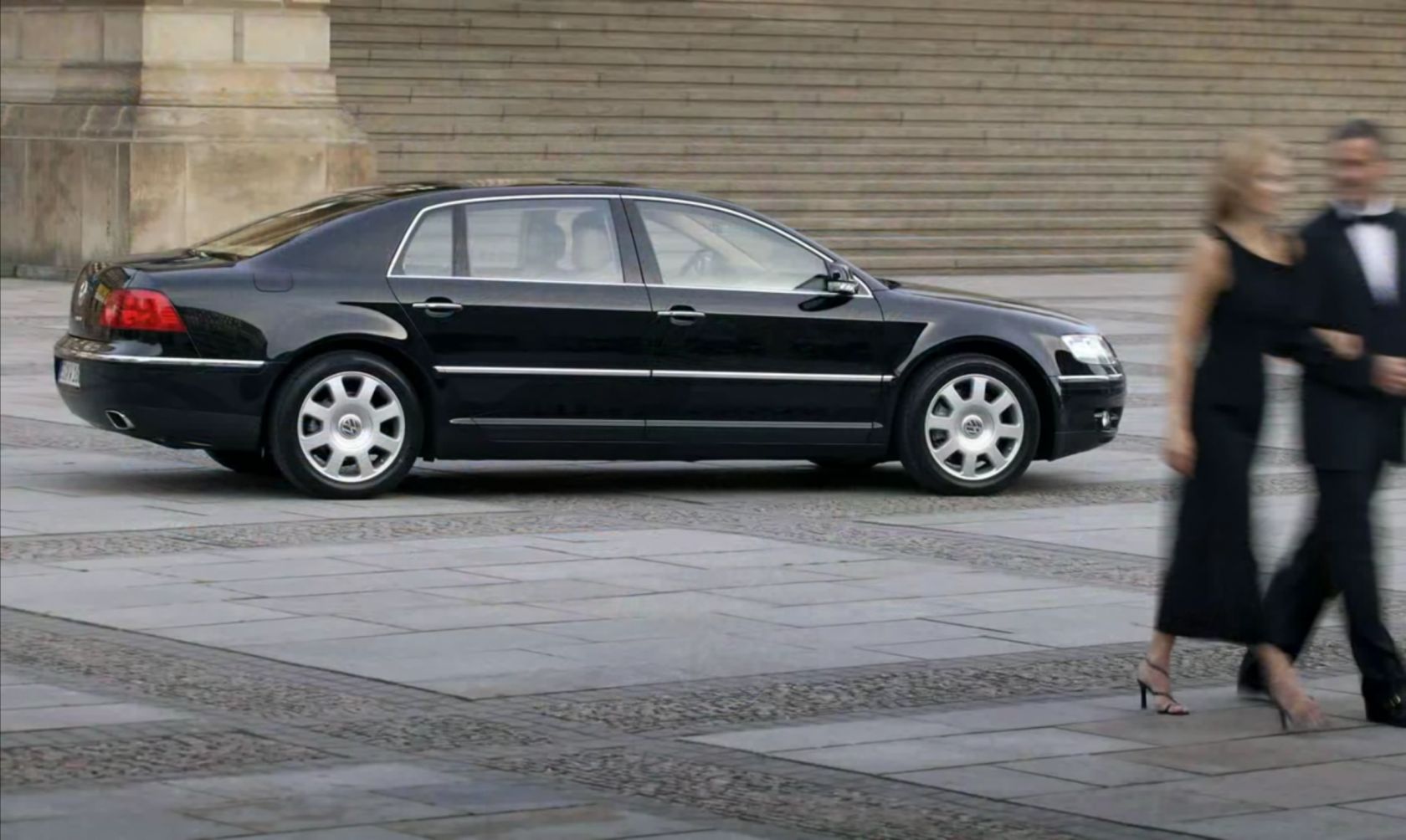 It didn’t stop there. Piëch was by now an unstoppable tour de force. In 1998, the VW Group under his leadership, bought Rolls-Royce & Bentley. This meant that VW seemingly had control of two of the most prestigious car brands on the planet. But, even a top dog like Piëch occasionally got things wrong. A complicated blunder regarding the rights to the Rolls-Royce name (despite VW having secured rights to both the Spirit of Ecstasy and famous RR grille trademarks) left Piëch with egg on his face. Not to put too fine a point on it, a very expensive deal had gone awry. This meant that the Rolls-Royce & Bentley brands eventually had to go their separate ways despite having been joined at the hip since 1931. The Bentley brand was retained by VW whilst the Rolls-Royce Motor Company went over to arch rivals BMW.

Putting blunders like the Rolls-Royce debacle aside, Piëch had an otherwise impeccable track record. He was doing an excellent job turning VW's fortunes around with global sales going from strength to strength. Fun projects such as the VW Beetle reboot happened under his watch. So when the idea of an S-Class beating VW limousine was mooted in the late 1990's, few questioned his judgment. After all, most of what Piëch had done in his career to-date had been blessed with that Midas touch; so the notion of taking VW upmarket with a halo model seemed like a perfectly reasonable proposition.

And so the gauntlet was set. Piëch wanted the new VW flagship to be a car that out classed the S-Class and beat anything that any of their rivals were producing at the time. Unlike the Audi A8 (which many believed would provide the platform for the new model) the Phaeton was to be designed as a comfort oriented car from word-go. Therefore, the A8 platform was shunned because it was deemed more of a BMW-like driver's car. 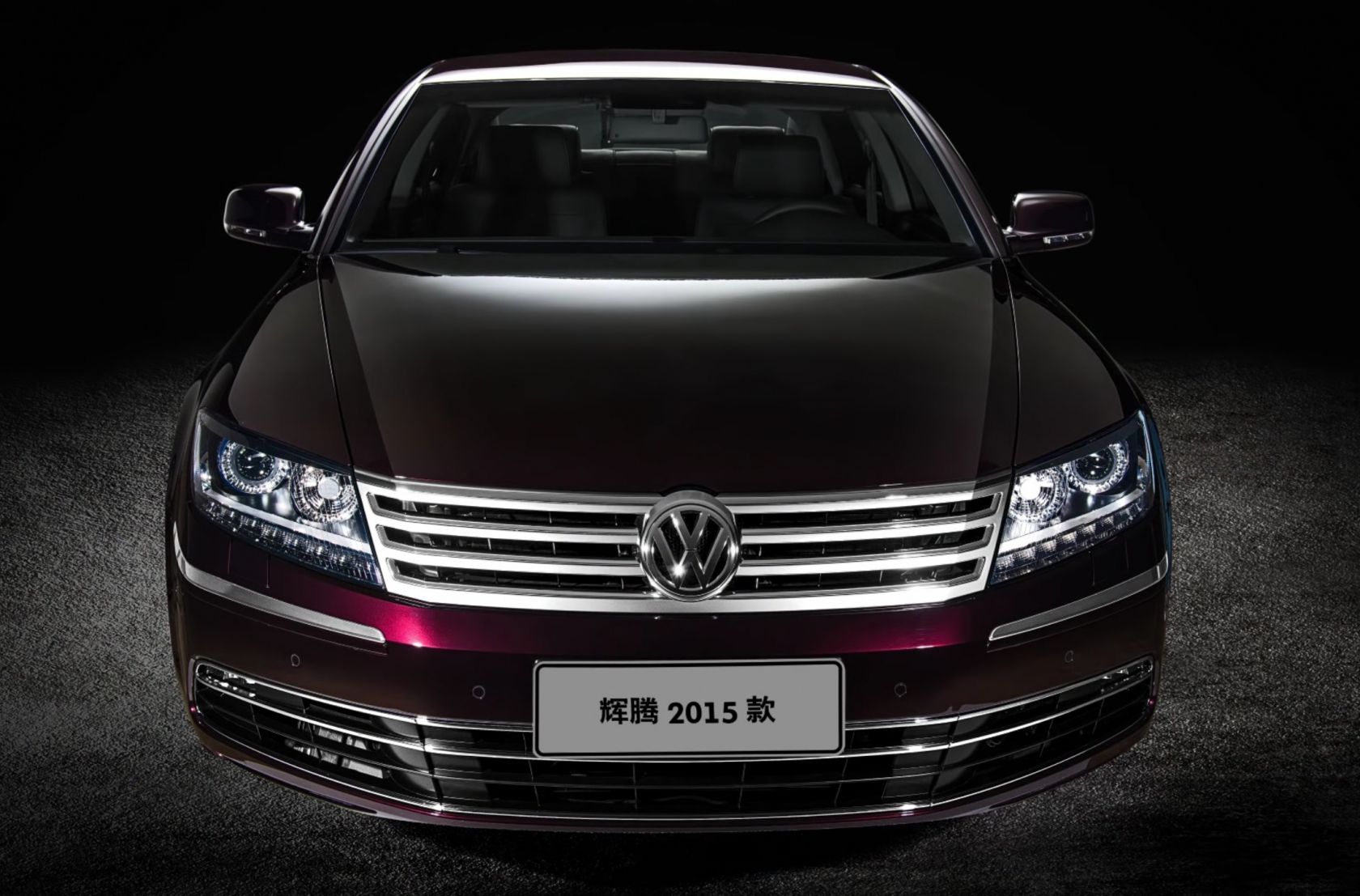 In order to attain the perfection he sought, Piëch set out ten parameters that the new car had to meet. These diva-like demands were perceived as impossible by his engineers, half of which walked out screaming that the criteria Piëch had set couldn't be realised. Only one of the parameters was ever made public. This was that the car should maintain an interior temperature of +22°C even if the exterior temperature was +55°C. All this, whilst traveling at 186mph.

When the Phaeton was eventually produced, it appeared on UK shores with numerous engine options. A 3.2-litre V6 petrol, a 3.0-litre V6 TDI, a V10 TDI and a 6.0-litre W12. The 3.0-litre V6 came with front wheel drive whilst all other derivatives featured VW’s 4-motion 4x4 system. 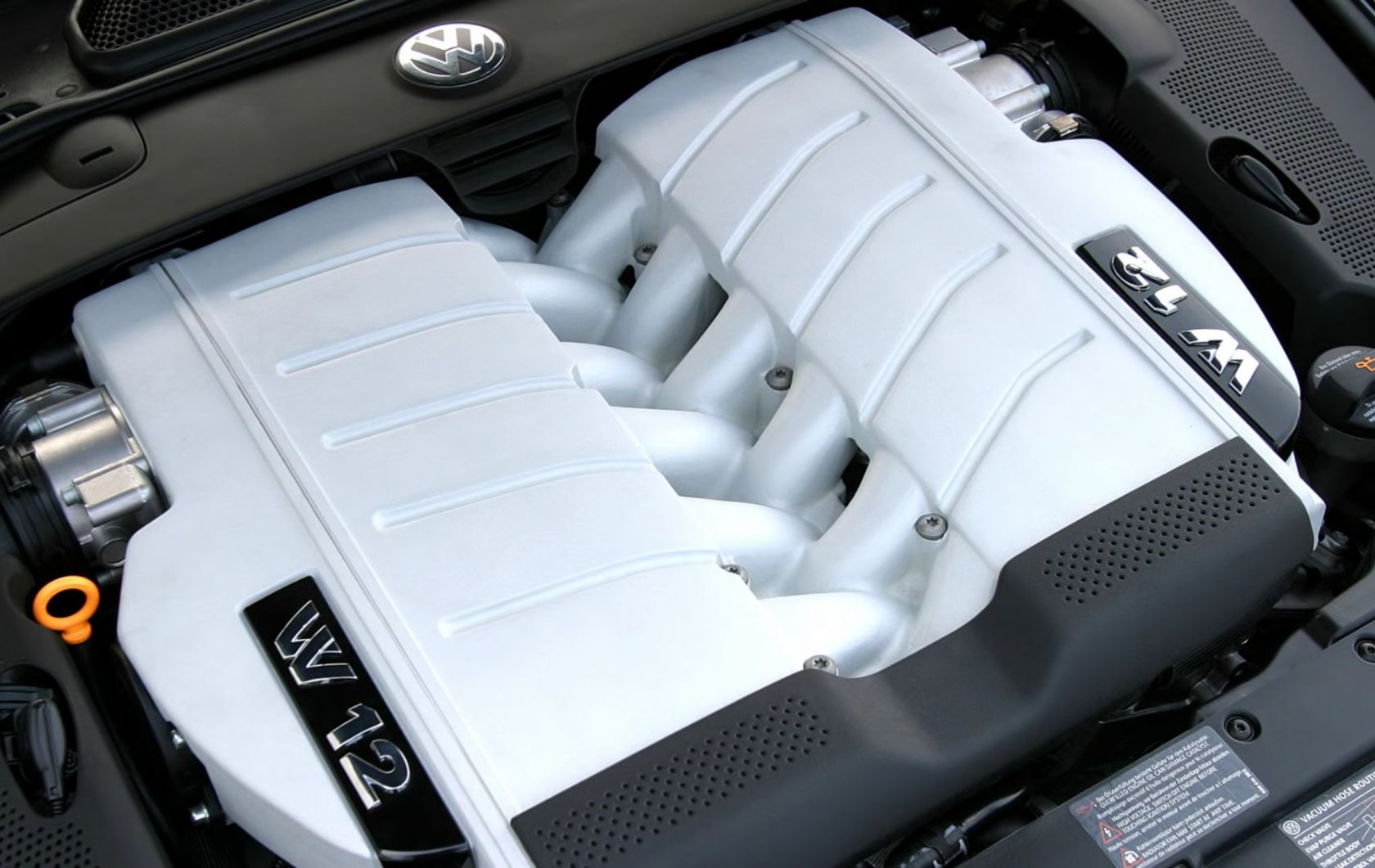 The Phaeton platform was so good, it was deemed suitable to share it with the Bentley Flying Spur saloon as well as the Continental GT coupe. The Bentley models mentioned also shared the Phaeton's drivetrain and suspension setup as well as the W12 engine.

The Phaeton was so technologically advanced that it cost VW over 1.3-billion dollars to commission. There were over 100 new patents ranging from Phaeton's smart “Climatronic” air conditioning to an extensively improved all-wheel-drive system.

The Phaeton was quite unlike any other luxury car ever built. The attention to detail was incredible. Everything was tirelessly over-engineered from the boot hinges, the gauges on the dashboard and even automated swiveling air vents. Realistically, the Phaeton was probably even better than its closest relatives the Bentley Continentals, which were designed to be modern whilst steadfastly adhering to British hand-crafted traditions. The Phaeton, on the other hand, didn't suffer such constraints. Piëch wanted to design the car to represent the absolute pinnacle of modern luxury. And, it certainly did just that. 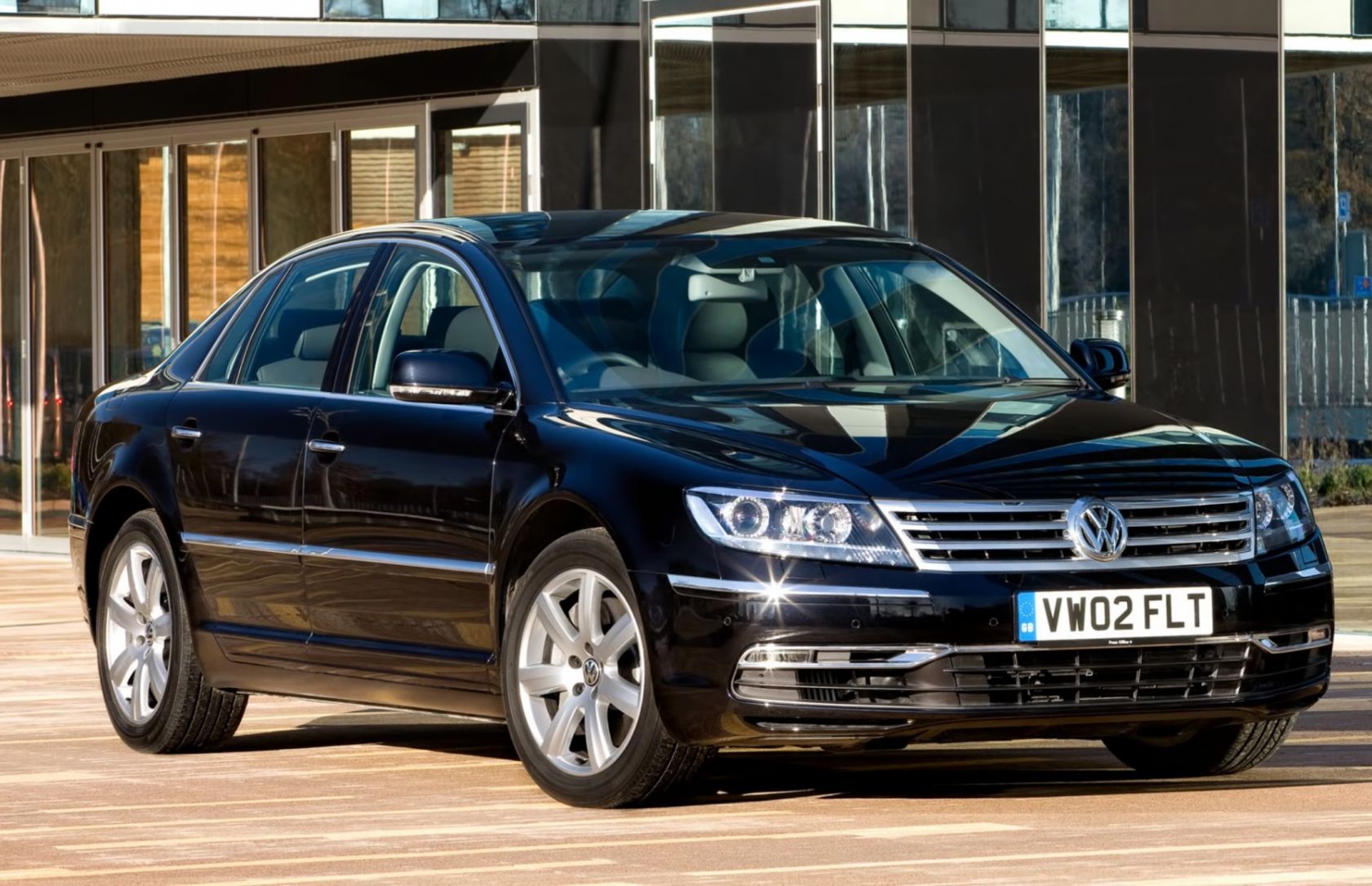 Despite all of Phaeton's very deliberately conceived superlatives, it still managed to assume the looks of an overgrown Passat. The Phaeton's styling was so incredibly understated that it verged on the bland. Few paid it a second glance. Whilst the car looked very stylish and contemporary when standing in a VW showroom, its styling was found to be somewhat lacking when rubbing shoulders with the likes of flashy Jaguars, big Range Rovers or sleek Mercedes-Benz. In corporate land, the big Vee-Dub went largely unnoticed.

However, the real fun happened inside the Phaeton's uber-luxurious cabin. There was never any danger of skimping on material quality, only the very finest leather and wood were used to create an opulence second to none. All four passengers had individual control of the air conditioning system which could be precisely tailored to suit each occupant. Even the electrically adjustable 'massaging' seats could be either heated or cooled by wafts of air. Of course, there was a premium audio system which provided acoustics that wouldn't disgrace a concert hall. Satellite Navigation, phone connectivity and even TV reception was available via a large centrally located screen on the sleek, polished dashboard. Whilst all this technology seems to be fairly ubiquitous by today's standards, back in the day, it ensured the Phaeton's stature as being a car that was well ahead of the game. 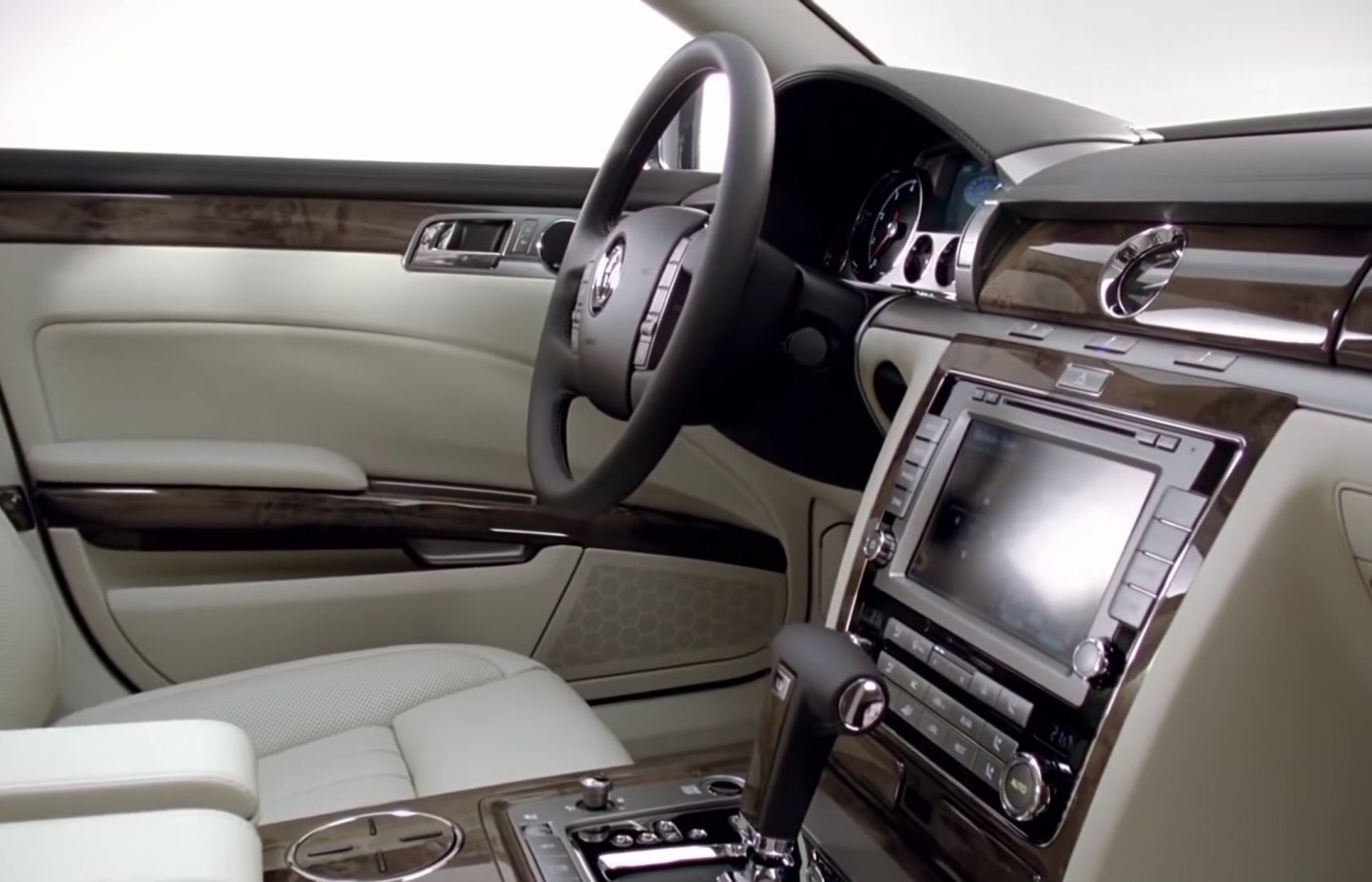 The Phaeton seemed to tread a fine line between being a toppy executive express and being an upperty luxury barge. It was a car that possessed a blend of both. Whilst it came in at a similar price to an Audi A8, the Phaeton had the feel of a £100,000 limousine yet the W12 could effortlessly hold the road whilst, at the same time, ironing out the bumps. The W12 was capable of a staggering 200-mph.

Sadly, the VW Phaeton didn't cut the mustard on the European stage. Badge snobbery once again trumped common sense and yet another automotive hero was unduly consigned to taxi cab duties.

Used electrics cars most sought after

By TPN/Lusa, In Portugal, Business

By TPN/Lusa, In Business, Economy

By TPN, In Portugal

What is the best selling car in Portugal?

By TPN, In Portugal

By TPN/Lusa, In News, Business, Portugal

By TPN, In News, Business, Lisbon