HomeOpinionH5N1 - a killer lurking in the shadows

The Llyn Peninsula, my home region, pokes out beneath the Isle of Anglesey into the Irish Sea.

Only a short distance from my home, thousands of seabirds circle, swoop and soar from sheer cliffs that plunge headlong towards the crashing waves below. Dizzying cliffs tower above Bardsey Sound, a notoriously turbulent stretch of water which separates Bardsey Island (Ynys Enlli) from the mainland. The sound and shoals around Bardsey have earned themselves a fearsome reputation amongst mariners. Such forbidding conditions afford natural seclusion, making Bardsey and its environs a haven for seabirds.

The coastline is renowned for its outstanding beauty. Much of it is preserved for its cultural and natural heritage. Local hilltops are crowned by ancient ruins scattered over bleak windswept landscapes. These places are testament to many thousands of years of human habitation. The peninsula's geographic position has made it a sanctuary for niche human existence as well as a magnet for seabird colonies.

With the darkest days of the COVID pandemic hopefully behind us, yet another deadly plague darkens our shores. Eclipsed by headlines of spiraling energy costs, governmental shenanigans and a horrific war in Ukraine; this ecological disaster has silently unfolded in the shadows. A highly pathogenic form of avian influenza (H5N1) has been spreading through wild bird populations and poultry flocks across the northern hemisphere and experts are worried.

Scientists are trained to take a measured view and don’t tend to resort to alarmist rhetoric. But RSPB experts have declared that the severity of the current avian flu outbreak is "very, very scary." Scientists agree that this is potentially another public health crisis in the making.

H5N1 was first identified in 1996. It was found in poultry farms in Guangdong province, Southern China. It rapidly spread through Asia’s poultry farms spilling over to infect wild birds including ducks, geese and swans. These migratory species carried the deadly virus into Europe and beyond. Guangdong province is home to some of China’s largest livestock and poultry farms which intensively raise millions of animals. It is also the location of some of China’s most important wildfowl habitats.

Early outbreaks of H5N1 were seasonal and tended to strike during the autumn and winter months. However, later strains appear to be spreading on a year-round basis. Scientists believe that this could mean the disease is now endemic in wild bird populations.

Early indicators of an unfolding catastrophe include the deaths of some 300 demoiselle cranes in India in 2021. 5000 common cranes also succumbed to the virus. Scientists know that the prevalent variant is highly contagious, already infecting over sixty different avian species around the globe. Worryingly H5N1 has crossed over into mammals, including 864 human infections (of which 456 were fatal). The disease is known to spread by the movement of infected birds coming into contact with contaminated body fluids. To date, there are no reported cases of human-to-human transmission. There are still many unknowns surrounding this pathogen, once again placing the world into uncharted territory.

H5N1 infections in humans have been linked to infected poultry or contaminated environments. The WHO concluded: "If the H5N1 virus were to change and become easily transmissible from person to person while retaining its capacity to cause severe disease, the consequences for public health could be very serious.'

The first human infection in the UK was detected in January 2022. Despite there being no evidence of it passing from person to person, WHO acknowledges that viruses evolve. The situation is being closely monitored.

The Notifiable Avian Disease Control Strategy for the UK is similar to dealing with diseases such as foot & mouth. This involves swift, humane culling of infected birds. Since the beginning of the outbreak, more than 2.8 million birds have been culled or have perished from the disease in the UK. This number is dwarfed compared with nearly 41 million birds dying from H5N1 infections in North America. 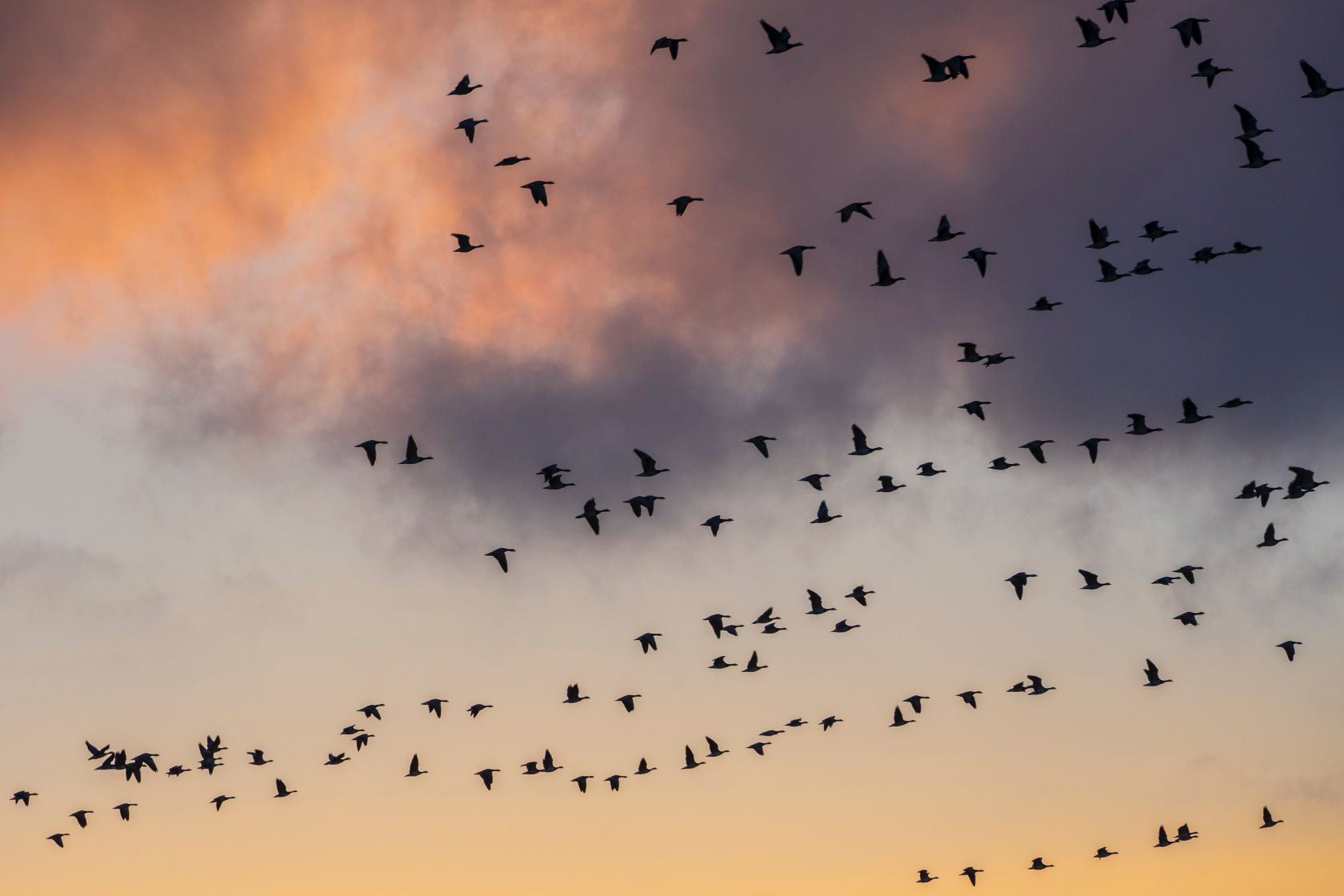 The first UK cases were detected in wild birds in July 2021. The birds were located on the Scottish islands of St Kilda and Shetland. Since then, the disease has killed more than one-third of the Svalbard Barnacle Goose population in the Solway Firth. Tens of thousands of other seabirds have since been found dead. Hundreds of thousands of birds have already been lost.

Scotland holds 60% of the breeding Great Skua population and nearly half of the world's breeding gannets. The Firth of Forth supports a colony of over 150,000 northern gannets where thousands have already perished. Tern colonies in England, Wales, Europe and Canada have also been badly hit. The disease is now widespread across the length and breadth of the British Isles and has been detected in a broad spectrum of avian species. Tragically there is evidence confirming that avian flu has also moved into urban gulls and raptors. Great Skua populations, already struggling due to environmental factors, have led conservationists to fear their extinction. An RSPB study found that there are over 600 million fewer birds in Europe compared with 40 years ago.

Conservationists witnessing thousands of birds succumb. Some birds display distressing symptoms such as poor coordination and balance, head and body tremors, dull watery eyes, drooped wings and a twisting posture of the head and neck. Sick birds frequently have laboured breathing with severe hemorrhaging. Members of the public as well as scientists have been brought to tears by the pitiful sight of countless floating bird carcasses being washed out to sea or otherwise laying lifeless on beaches.

In Scotland, a new task force has been set up to coordinate a response to the crisis with a priority to tackle the outbreak and protect and restore bird populations. The RSPB called on DEFRA to set up a similar task force to coordinate a UK-wide response. To date, the UK government has focused on containing the disease to poultry.

Changing weather patterns have already impacted bird migrations. This could spread avian influenza into species that haven't yet come into contact with the virus. Intensive farming practices which keep large numbers of animals in overcrowded and stressful conditions have once again been questioned. But the uncomfortable truth is the world is struggling to feed a rapidly expanding population. H5N1 represents yet another threat to an important food resource.

For now, seabirds swoop over spectacular cliffs and stacks. Protecting them from a similar fate to their prehistoric ancestors will require effort. The world is facing a natural as well as a climatic emergency. Inaction and complacency could result in another global pandemic. We might also be the first humans to witness the dawn chorus falling silent.

Portugal has not escaped H5N1. A few weeks after the country was declared free of the virus, further cases were detected at a poultry farm near Castro Verde.

Are you drinking too much water?

Cristiano Ronaldo: “There is still much more to come”